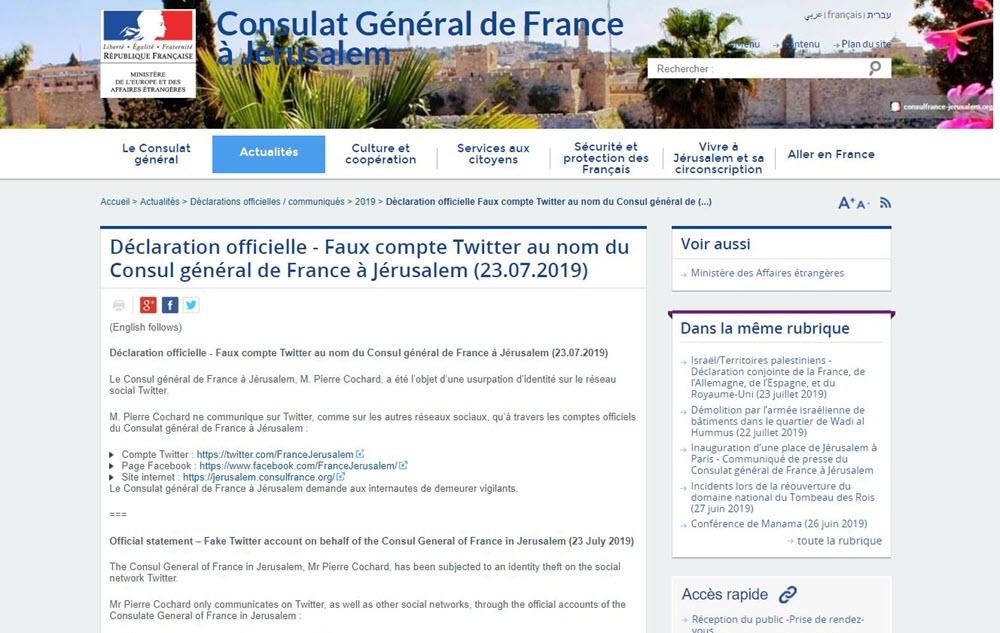 • The French consulate wants Internet users to be alert

The clerical regime’s rage from the 5-day gathering of the Iranian Resistance in Ashraf 3 in Albania and its worldwide acceptance and the major demonstrations by Iranians in various capitals of the world, is measureless.

The Revolutionary Guards announced in a completely fake news report on July 23 that Pierre Cochard, “a French diplomat resident in Israel”, announced in a series of tweets the trip of Mrs. Maryam Rajavi to Israel “aimed at meeting with Prime Minister Benjamin Netanyahu and the head of the Mossad spy agency.” The IRGC news agency added: “The trip, carried out with the help of Giuliani and in coordination with Israel’s ambassador to Albania Boaz Rodkin, has direct tie with the cooperation of the MEK and the Israeli intelligence agency (Mossad).”

Earlier on July 17, 2019, an individual who introduced himself on his Twitter account as the French consul general in Jerusalem wrote details of this imaginary journey in five tweets. But with the introduction of his first tweet, he exposed himself as serving the mullahs’ Ministry of Intelligence (MOIS). He wrote that, “I received the news from a former colleague who I worked with him in Tehran.”

But this time, the false news of the clerical regime and its IRGC and intelligence were so scandalous and nonsense that in a matter of hours Twitter shut down the Pierre Cochard account. It seems that the clerical regime’s IRGC and MOIS have been investing in this Twitter account since 2013.

Mr Pierre Cochard only communicates on Twitter, as well as other social networks, through the official accounts of the Consulate General of France in Jerusalem. “

The Palestine Quds site quoted the Hebrew channel, Kan Rashet, as saying that the account posting »the news of the visit of Iran’s opposition leader Maryam Rajavi to Israel was fake. It turned out that this account has nothing to do with French official. After the investigation, it has been determined that this account is related to Iran’s intelligence and aims to promote false news in the Iranian regime’s psychological warfare against the opposition … after recent developments in the Strait of Hormuz. «

The lies of the Revolutionary Guards’ news agency about an illusionary travel by Mrs. Rajavi show the regime’s desperation and its severe need for the fake intelligence and fake news against the Iranian Resistance.

The Security and Counter-Terrorism Committee of the National Council of Resistance of Iran emphasizes again on the need to evict the mullahs’ regime from social networks and internet facilities. The cyber machine of the IRGC and the clerical intelligence use this facility only to disseminate misleading information, propagating lies, demonizing the opposition and paving the way for terrorist acts. 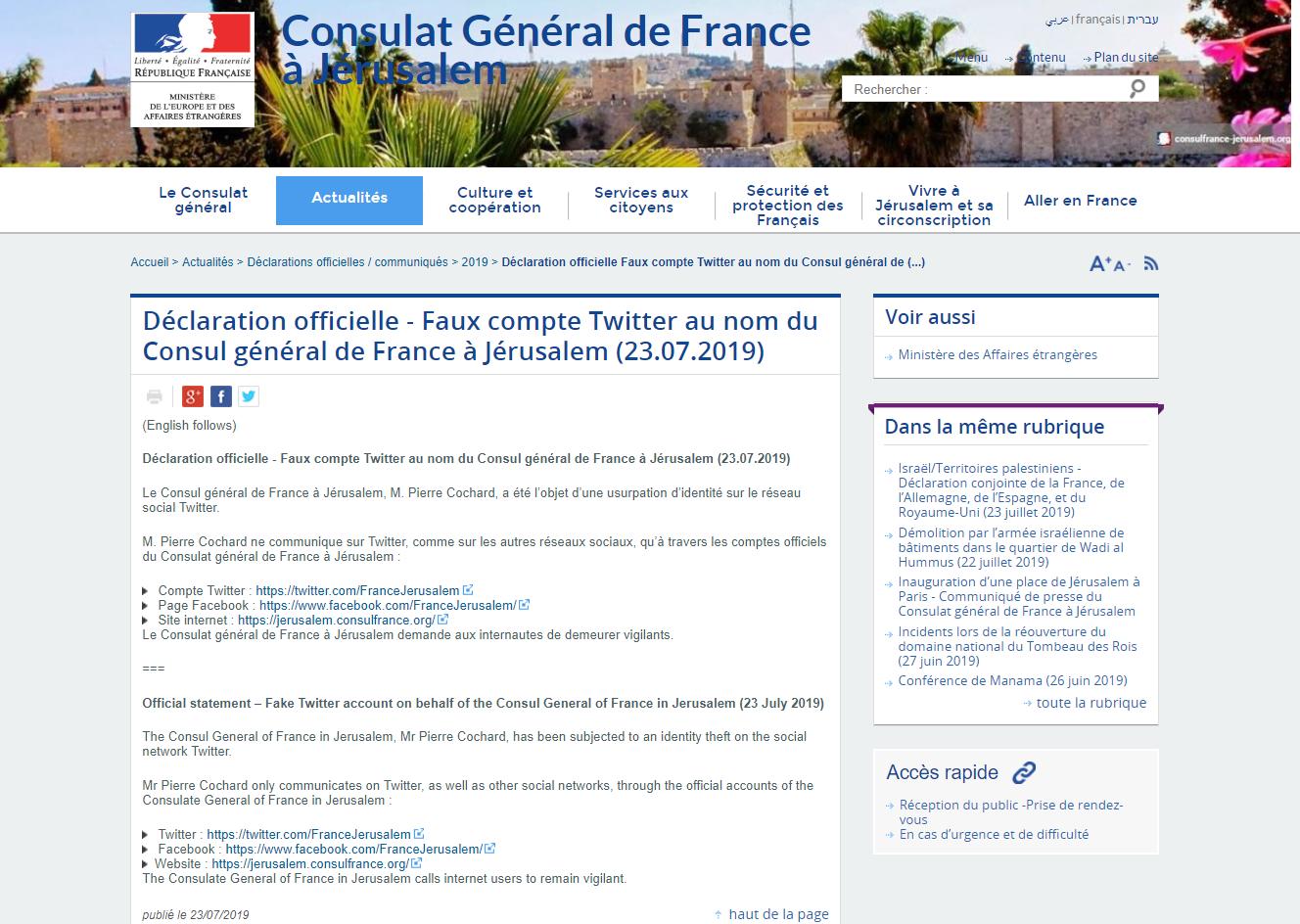