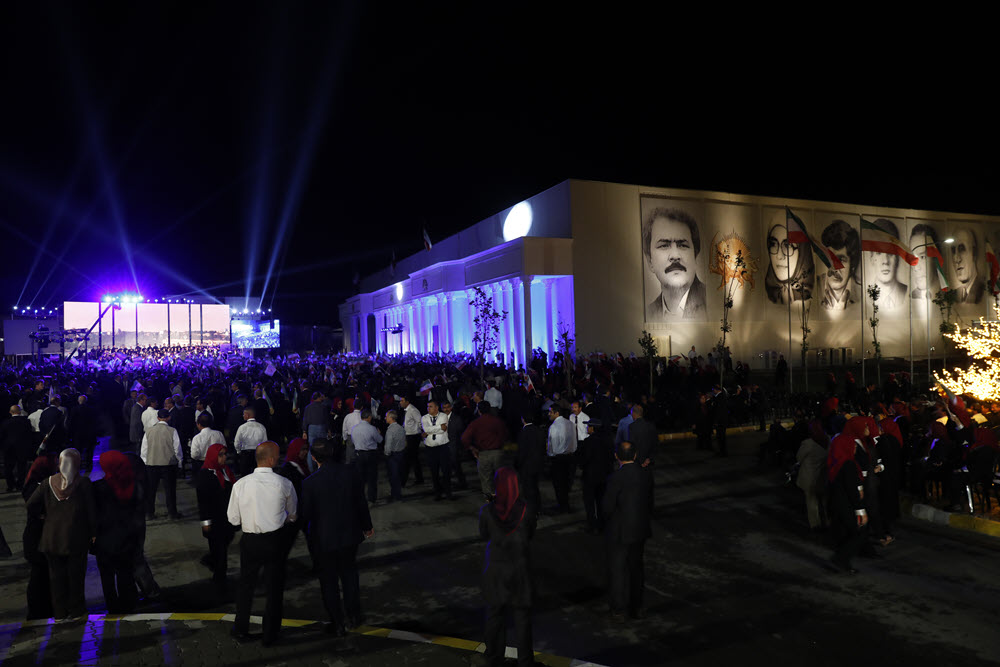 “Nestled between the turquoise water of the Adriatic Sea and the Albanian Alps are pristine green spaces and valleys. But even this stunning natural scenery pales in comparison to the man-made oasis crafted by thousands of Iranian political activists hoping to free their country from tyranny,” The Washington Times wrote on July 25, 2019.

“On one of the sun-kissed peaks, some 2,500 members of the principal opposition Mujahedin-e Khalq (MEK) have built a city called Ashraf 3. Constructed with lightning speed in a little over a year, the town is brimming with pride, radiating with hope, and founded on iron-clad confidence,” it wrote.

“At the entrance of the sprawling community, Iranian flags with the nationalist emblem of “Lion and the Sun” refuse to stand still. They inspire the dozens of neighboring flags honoring other countries to dance in unison, embracing the inevitable winds of change,” the report said.

The first dazzling monument on the main road into Ashraf 3 is the arch of triumph, a replica of the revered entrance to Iran’s historic National Assembly, inaugurated after the 1906 Constitutional Revolution. Complete with the phrase “Victory Is Ours,” it links the people’s democratic achievements of the past with future triumphs that are deemed certain.

Next stop is an astonishing monument to martyrs, bearing witness to the ultimate sacrifice that 120,000 slain heroes and heroines have made to achieve democracy in Iran. The Wall of Remembrance overlooks a sparkling fountain feature at the center of which is a burning flame that attempts to rise to a screen filled with stars, symbolizing the radiating spirit of the fallen heroes. Another square close by boasts a large and graceful tulips monument, symbolizing love and dignity.

All the while, neatly paved roads wrapped by trees and exquisite landscaping and water features guide the traveler to the next destination: a giant exhibition hall held up by elaborate Roman-style columns, with huge paintings on its side of heroic Iranian freedom fighters from Sattar Khan to Dr. Mossadeq to Massoud Rajavi, the current leader of the Iranian Resistance, a lineage that will, to the passionate MEK activists, guarantee the achievement of freedom in their battered homeland.

Aside from its remarkable design, landscaping and architecture, Ashraf 3 has given meaning to an otherwise arid land. Its birth, as the capital of hope, symbolizes the new beginning of a new, free and civilized Iran that can be rebuilt and re-energized at the capable hands of the Iranian people themselves.