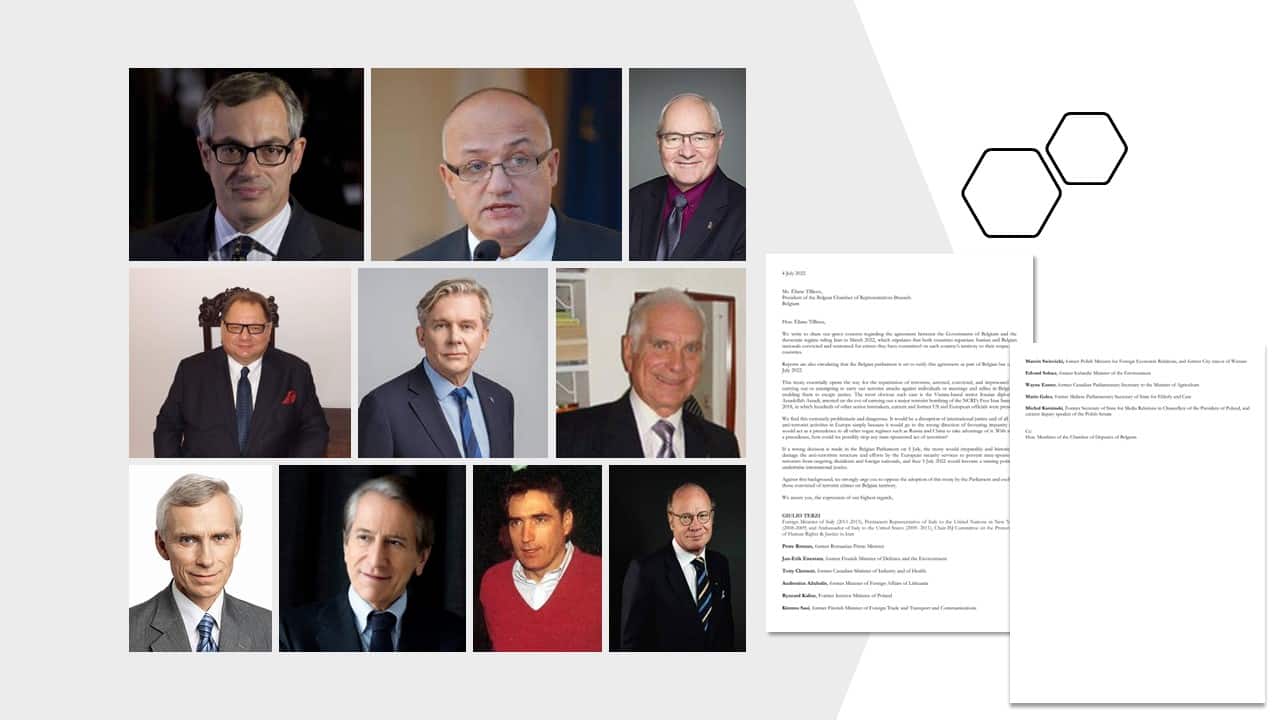 We write to share our grave concern regarding the agreement between the Government of Belgium and the theocratic regime ruling Iran in March 2022, which stipulates that both countries repatriate Iranian and Belgian nationals convicted and sentenced for crimes they have committed on each country’s territory to their respective countries.

Reports are also circulating that the Belgian parliament is set to ratify this agreement as part of the Belgian law on 5 July 2022.

This treaty essentially opens the way for the repatriation of terrorists, arrested, convicted, and imprisoned for carrying out or attempting to carry out terrorist attacks against individuals or meetings and rallies in Belgium, enabling them to escape justice. The most obvious such case is the Vienna-based senior Iranian diplomat, Assadollah Assadi, arrested on the eve of carrying out a major terrorist bombing of the NCRI’s Free Iran Summit 2018, in which hundreds of other senior lawmakers, current and former US and European officials were present.

We find this extremely problematic and dangerous. It would be a disruption of international justice and of all our anti-terrorist activities in Europe simply because it would go in the wrong direction of favouring impunity and would act as precedence to all other rogue regimes such as Russia and China to take advantage of it. With such precedence, how could we possibly stop any state-sponsored act of terrorism?

If a wrong decision is made in the Belgian Parliament on 5 July, the treaty would irreparably and historically damage the anti-terrorism structure and efforts by the European security services to prevent state-sponsored terrorists from targeting dissidents and foreign nationals, and thus 5 July 2022 would become a turning point to undermine international justice.

Against this background, we strongly urge you to oppose the adoption of this treaty by the Parliament and exclude those convicted of terrorist crimes on Belgian territory.

We assure you, the expression of our highest regards,

Jan-Erik Enestam, former Finnish Minister of Defence and the Environment

Tony Clement, former Canadian Minister of Industry and of Health

Michal Kaminski, Former Secretary of State for Media Relations in Chancellery of the President of Poland, and current deputy speaker of the Polish Senate

Cc:
Hon. Members of the Chamber of Deputies of Belgium