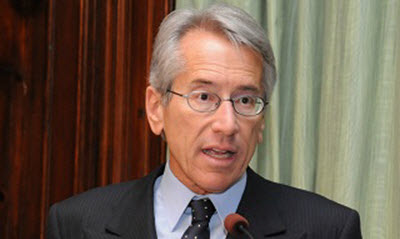 NCRI – Writing for The Hill, the US news website, Giulio Terzi, the former Italian Foreign Minister, claimed that a “new dawn” had come for the Iranian Resistance.
Between rapprochement or conflict with a dangerous regime lies an alternative for Western governments: “put their full-throated support behind the democratic opposition,” Terzi writes.

Outlining the achievements of the Iranian Resistance, he argues that a better understanding of the movement would give policy-makers an obvious way to resolve the hopelessness of trying to moderate an increasingly “provocative” regime.

The Resistance, in the shape of the National Council of Resistance of Iran (NCRI) and the People’s Mojahedin Organization of Iran (PMOI or MEK), has, Terzi argues, withstood an incessant campaign by the regime to annihilate it, including the mass execution of nearly 30,000 of its members in 1988 and, most recently, the attempted killing or capture of those thousands of PMOI members stranded in Camp Liberty in Iraq.

In spite of this “carnage,” the NCRI “draws approximately 100,000 supporters to its annual international gathering near Paris,” Terzi points out.

What the Resistance has accomplished has been with the support of parliamentarians across the globe, but it has been without the support of national executives, he says. This makes the successive blows it lands against the “blood-drenched Ayatollahs,” including the successful relocation of its members from Iraq to Albania, all the more noteworthy.

For example, those PMOI members in Iraq’s Camp Liberty had to withstand “five missile attacks, three direct assaults, and a constant blockade of medical supplies and essential services.” More than 150 died, “while much of the international community has turned a blind eye.”

This strength gives the lie to the oft-made argument that this “inherently violent regime…is the only organized representative for the Iranian people,” Terzi says.

However, he argues, “There is another government waiting in the wings, prepared to shape a future for Iran that is based on declared principles of secularism, democracy, and gender equality as it has been articulated by President of the National Council of Resistance of Iran, Maryam Rajavi.”

Previous articleIran: Mullahs’ regime hanged seven prisoners in Bandar Abbas Prison
Next articleMaryam Rajavi: the schemes and conspiracies to destroy and annihilate the PMOI/MEK have been foiled