“If You Know the Truth and Call It a Lie, You Are a Criminal” 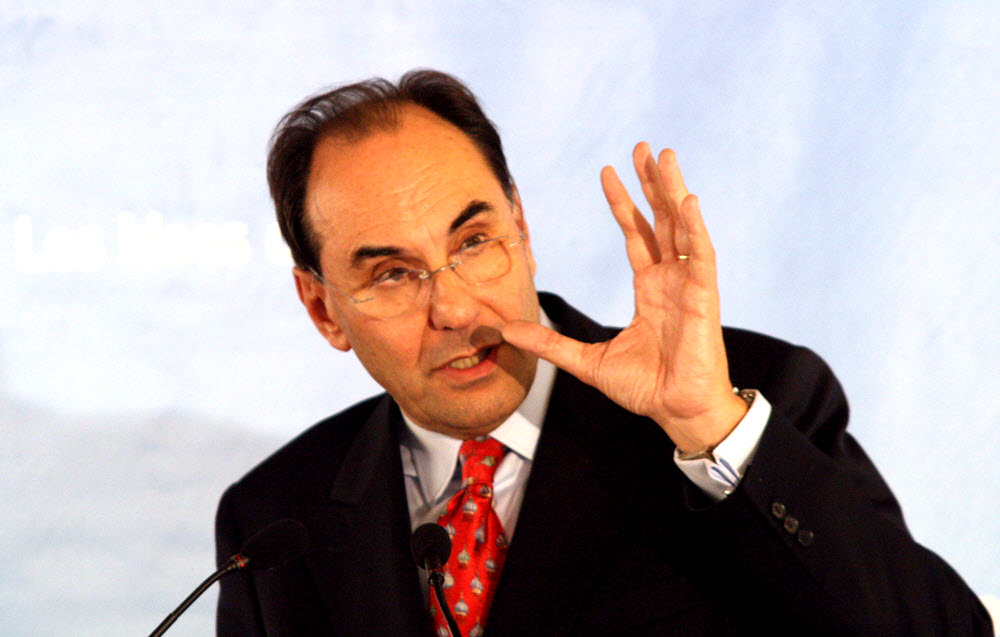 By Alejo Vidal Quadras
The Guardian’s November 9th piece, “Terrorists, cultists – or champions of Iranian democracy? The wild wild story of the MEK,” is a disgraceful example of western media serving the interests of the religious, terrorist dictatorship ruling Iran.

Devoting three pages of a paper once admired as the voice of dissidents and freedom fighters to a barrage of stale and absolutely false allegations is a stain on Europe’s free press. Hitler’s propaganda minister, Joseph Goebbels, once famously said, “Tell a lie that’s big enough, and repeat it often enough, and the whole world will believe it.” Apparently, author Reza Arron Merat has taken a page out of Goebbels’ playbook.

The timing of this hit-piece also conveys its sinister intentions. The Tehran regime is stuck in the mud and sinking fast. Its terrorist plots in Albania, France, the United States and Denmark were foiled in March, June, August and October, respectively. One of its diplomats is jailed in Belgium, three diplomats have been expelled from France and the Netherlands, and the terrorist arrested in Denmark has been exposed as being a bosom buddy of the mullahs’ ambassador in Norway.

There have been ongoing protests across Iran since the beginning of the year. The mullahs’ president unsuccessfully pleaded with his French counterpart to restrict the activities of the Mujahedin-e Khalq (PMOI/EMK), the movement’s acknowledged coordinator, while Supreme Leader Ali Khamenei described the MEK as the foot soldiers of the uprising. Meanwhile, the regime’s scandalous manipulation of Facebook and Twitter to further its repression and censorship has become the talk of town.

It is in this context that The Guardian stepped forward to throw Tehran’s religious dictatorship a lifeline. Too little, too late, however; The Guardian has only entangled itself.

In two letters, on October 2 and November 1, 2018, the MEK’s Press Spokesman replied to virtually all of the lies and fabrications in the November 9th piece. Those letters had been sent to the editor and other top brass in The Guardian by Members of Parliament, who had been approached by Merat. An iota of journalistic integrity would have prompted the publication of those letters as rebuttal to Merat’s 6,500-word hit-piece.

Better late than never, of course. If The Guardian wishes to portray itself as even minimally impartial it should publish this letter in its next issue. Otherwise, people may well wonder whether there’s any connection between The Guardian’s financial woes and its publication of a classic case of yellow journalism, essentially a propaganda statement by the Iranian regime to demonize its legitimate alternative.

Merat’s narrative of the foiled terror plot against the major gathering of Iranians in Paris on June 30th clearly demonstrates the biased nature of the piece. He writes: “One day after the conference, the MEK accused Tehran of plotting a bomb attack against the event, following the arrest of four suspects – including an unnamed Iranian diplomat – in Belgium, Germany and France. Iran’s foreign minister, Mohammad Javad Zarif, rejected claims of Iran’s involvement and described the accusations as a ‘sinister false flag ploy.’”

The distortion is blatant. It was the Belgian Federal Prosecutor’s Office and Police, which first issued a statement on July 2nd two days after the event, announcing the arrest in Belgium of two terrorists who were planning to bomb the Paris gathering. The statement added that an Iranian diplomat had also been detained in Germany. Such an obvious inversion of truth aims only to whitewash a potentially major massacre at an event attended by 100,000 people, thereby clearing the grounds for further attacks. As Bertolt Brecht once observed, “If you don’t know the truth, you are just stupid. If you know the truth and call it a lie, you are a criminal.”
Documents on the history of collaboration with Iran’s Intelligence Ministry by individuals cited by Merat as former members of the MEK have been published on multiple occasions. In October 2017, the International Committee in Search of Justice published a detailed report about these characters, including Batoul Soltani, who left Camp Ashraf in December 2006 and went to the U.S. forces stationed in TIPF: “During her time in TIPF, she was gradually recruited by the Iranian intelligence ministry (MOIS). Soltani was finally transferred from Iraq to Iran on 14 Jan 2008 under International Red Cross supervision. Astonishingly, only 3 weeks later, she was able to get an Iranian passport and entered Baghdad airport on 10 Feb. 2008. (Copy of her passport has been posted online) Former US Colonel Leo McCloskey, who was the JIATF Commander at Ashraf in 2008, later testified about Soltani’s connection with Iran’s terrorist Quds force (a branch of Islamic Revolutionary Guards – IRGC),” the ISJ report wrote.

The preposterous statements by the female agents of the regime whom Merat interviewed reflect the Iranian regime’s rage at the role of MEK women in the struggle. I have found the women whom I have met in Camp Ashraf in Iraq, Albania, France, Belgium, Germany and many other countries, and the hundreds at various ranks within the Resistance to whom I have privately spoken, to be remarkable embodiments of courage, patriotism and responsibility.

In my adult life, as a Professor, as a Party Leader and as the Vice President of the European Parliament, I have never seen such a collection of women with such cohesiveness and dignity.

The Guardian has stabbed the free press in the back with its helping hand to the religious fascism which 80 million Iranians are determined to overthrow. It has attacked Iran’s militant and freedom-seeking women with the same gutter lexicon uttered by the mullahs. This is as shameful as a British paper acting as a mouthpiece of Adolf Hitler in the 1930s and 1940s.
I close by recalling the apt words of Mahatma Gandhi: “An error does not become truth by reason of multiplied propagation, nor does truth become error because nobody sees it.”

Alejo Vidal-Quadras was Vice-president of the European Parliament from 1999 to 2014. He was the honorary President of Friends of a Free Iran intergroup in the European Parliament which became the centre of pro-democracy campaigns in Europe in support of human rights in Iran. In earlier years he was a professor of atomic and nuclear physics. He is currently the president of the Brussels-based International Committee in Search of Justice (ISJ)

International Committee in Search of Justice (ISJ) was initially formed in 2008 as an informal group of EU parliamentarians to seek justice for the Iranian democratic opposition. In 2014 it was registered as a non-profit NGO in Brussels expanding its membership beyond elected parliamentarians to former officials and other dignitaries with an interest to promote human rights, freedom, democracy, peace and stability. ISJ’s campaigns have enjoyed the support of over 4000 parliamentarians on both sides of the Atlantic.