Iran: Rouhani’s Ridicule in Minimizing the Effects of U.S. Sanctions 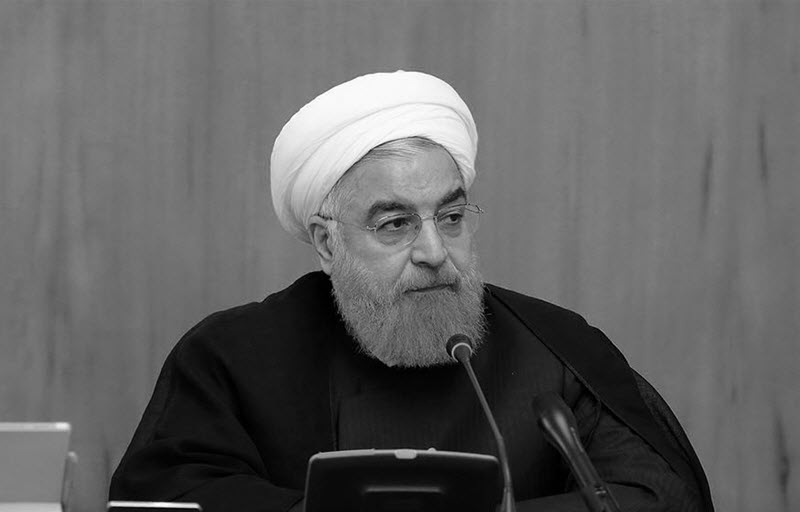 Hassan Rouhani, President of the clerical regime, said on Saturday, November 10, at the end of the joint meeting of the heads of three branches of the government: The Americans “did not have anything new to make, and therefore they had to make a long list, on the one hand, they mention the names of banks, and on the other add branches of the banks, on the one hand they name an airline company and on the other hand, mention the serial numbers of aircrafts to fill the page.”

Despite all the lies and inconsistencies, he said that the problem of the sanctions is not in food and medicine. “They have targeted the banking system and oil exports, and some other export items that relate to income and resources that are relevant to the entire country,” he said: “In the field of essential and needed goods for the people, we have no problem, and our warehouses are more than ever ready to supply the basic goods for the people for many months, and for the production of basic goods, the import of basic goods and medicines, and other necessities, we have no problem.”

Rouhani’s statements is an acknowledgement of the fact that the burning cries of small and large-scale leaders of the regime from the sanctions, are not because of the shortage of food and medicine, but because of the abandonment of fuel to the machine of suppression and assassination and warfare. The problem of the Iranian people is not the lack of food and medicine, nor the sanctions, but the problem is in the corrupt and criminal clerics who over four decades have plundered all the assets of the country or spent them on exporting terrorism and warmongering and missile and nuclear projects. They also have used the food and medicine of the people, taking them hostage, with their policies and practices.

While the regime’s terrorist acts in Albania, France, the United States, Belgium, Denmark and Norway are exposed one after the other, in a ridiculous act, he falsely claimed to fight against terrorism and said: “Americans want to assert that Iran is a supporter of terrorism. They want to falsely claim Iran is a terrorist sponsor. The Iranian nation has always been at the forefront of the fight against terrorism and has always been on the line to stop funding for terrorist groups. “

Secretariat of the National Council of Resistance of Iran
November 11, 2018

Previous articleTricks of Iran Regime’s Intelligence, Records of the Arrested Agent in Denmark
Next article“If You Know the Truth and Call It a Lie, You Are a Criminal”