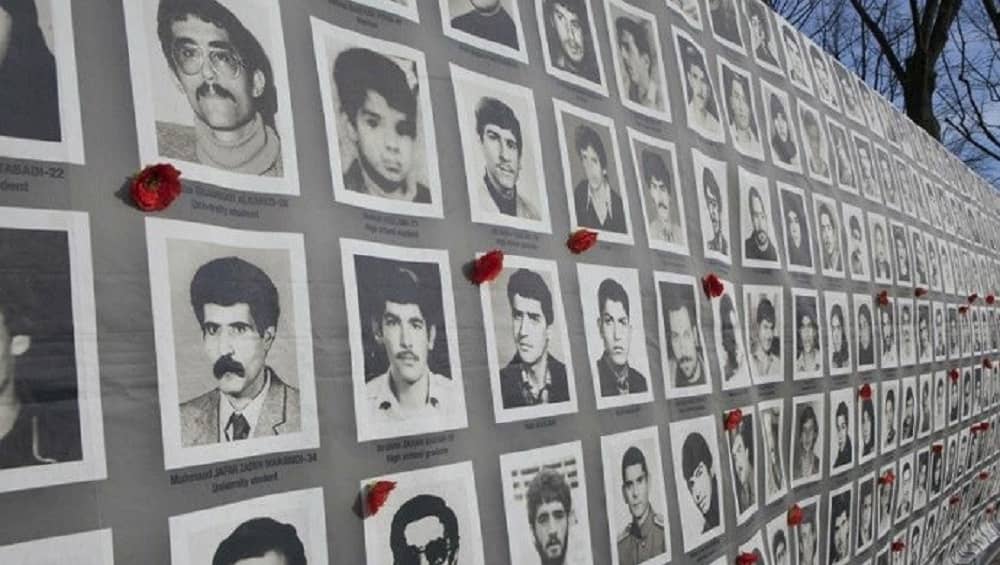 When the Iranian regime committed the 1988 massacre, I was being held in Gohardasht Prison on charges of supporting the People’s Mojahedin Organization of Iran (PMOI/MEK). The MEK, still the leading voice for a democratic alternative to the current dictatorship, was the principal target of the massacre, accounting for over 90 percent of its 30,000 victims. Entire wards of some prisons were annihilated over the course of about three months that year. My friends, colleagues, and cellmates all were executed, so for 33 years, I have been carrying the heavy burden of responsibility to honor their memories and advocate for justice on their behalf.

Sadly, for all that time, most of those efforts have been frustrated by the international community’s commitment to inaction regarding the Iranian regime’s past crimes. The MEK and the National Council of Resistance of Iran, have been working tirelessly to promote formal investigations into the 1988 massacre and to emphasize that such investigations would surely set the stage for international prosecution of crimes against humanity. In recent months, multiple legal scholars have even made the case for the perpetrators of the 1988 massacre to face charges of genocide, based on evidence that the killings were motivated not just by animosity toward the MEK’s politics, but also by its role as an embodiment of true Islamic views.

The legal argument was presented to the international community in the context of conferences that were organized to respond to the June “selection” of the regime’s new president, Ebrahim Raisi. In 1988, Raisi was a deputy prosecutor for Tehran, and just ahead of the massacre he seized the opportunity to serve as one of four officials on a “death commission” that oversaw the killings at Tehran and Gohardasht Prisons. The death commission was tasked with interrogating political prisoners over their views and affiliations, and it generally asked only one question to ascertain whether a defendant could be deemed an “enemy of God” based on support for the MEK.

The “trials” before that death commission sometimes lasted only one minute before Raisi and his colleagues ordered the inmate’s execution. Many of the victims had previously received lesser sentences, and some had already served those sentences in their entirety. Yet this did not prevent authorities from carrying out the extraordinarily broad, merciless order of mass execution contained in a fatwa from then-Supreme Leader Ruhollah Khomeini. In fact, the death commissions were so committed to the implementation of that edict that they didn’t hesitate to kill pregnant women and 15-year-old children in their push to wipe out the MEK altogether.

It is impossible to overstate the harm that Western powers are doing to their own reputations as human rights defenders, as well as to the prospects for democratic change in Iran, by turning a blind eye to genocide and crimes against humanity. The international embrace of Raisi’s administration not only denies justice to the victims of the 1988 massacre but also emboldens the regime to carry out similar crackdowns on dissent in the coming months and years. This is all the more apparent in light of the fact that Raisi already exploited his apparent impunity as head of the judiciary, overseeing key aspects of a crackdown that killed more than 1,500 people after the outbreak of nationwide protests in November 2019.

We were certainly aware of those warnings signs in the political wards of Iranian prisons. Beginning in 1986, tensions between political prisoners and prison officials grew precipitously, leading to things like coordinated hunger strikes and things like the denial of family visits on the other.

When I and fellow prisoners were transferred to Gohardasht in early 1988, we were paraded between lines of Revolutionary Guards who beat us with weapons as we made our way to the prison. Then we were stripped naked and subjected to further beatings before being locked up in conditions that would grow steadily worse until the onset of the massacre. Although the mounting pressures included greater isolation of prisons from the outside world, I know for a fact that information leaked to activist networks beyond the prisons’ walls, and ultimately to expatriate communities in Western capitals.

The Iranian Resistance appealed to Western governments for help and have since kept up those appears for more than three decades, but have made precious little progress. Fortunately, other groups have added to the condemnation of this inaction in recent years, with seven UN human rights experts writing in an open letter in September 2020 that that inaction “had a devastating impact on the survivors and families [of the massacre’s victims] as well as on the general situation of human rights in Iran.”

In 2019, a former Gohardasht Prison official was arrested in Sweden for this role in the 1988 massacre. The trial of Hamid Noury is expected to conclude in April following testimony from dozens of survivors. It represents a concrete example of the legal principle of “universal jurisdiction” over the most serious international crimes, and now that it has been proven viable, it must be applied to higher-level participants in the massacre, including but not limited to the regime’s current president, Ebrahim Raisi.