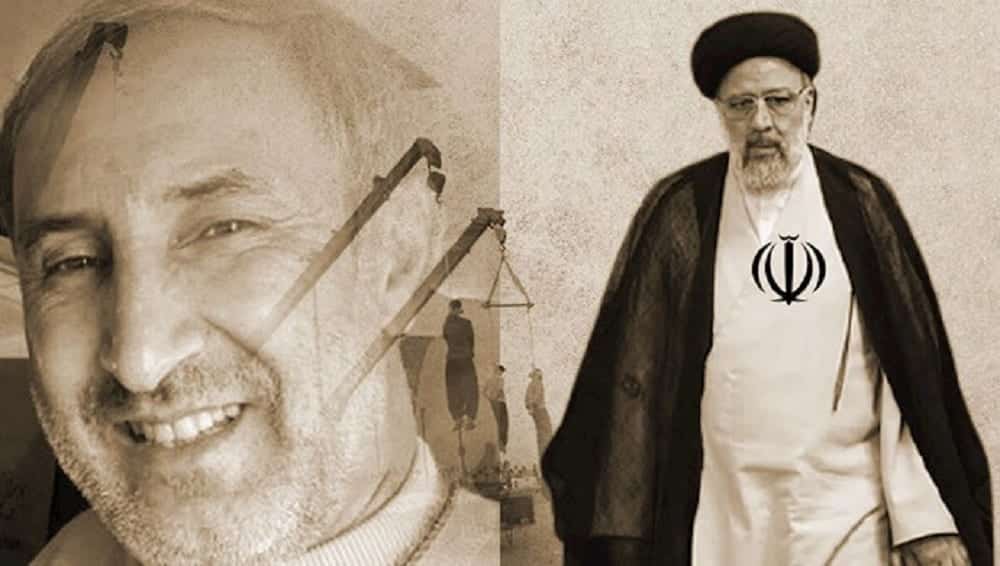 In three days of testimony in a Stockholm courtroom that began on November 23, 2021, Hamid Noury, a prison guard promoted to “assistant public prosecutor” in political prisons, who served as an interrogator, henchman, and executioner in some of the most notorious and terrifying prisons in Iran, inadvertently verified many truths in his trial for crimes against humanity.

About 20 former political prisoners have testified as to his intimate involvement in the 1988 massacre since August, and hundreds of others took part in rallies and conferences coinciding with each trial session.

Although Noury has verbally denied culpability, the subtext of the comments he made at court may easily be regarded as a tacit admission of guilt. The former official at Gohardasht Prison made desperate efforts to deny that that prison even exists, that he was on duty during the period in question, and that executions took place on the scale alleged. None of these claims can be taken seriously in light of the preponderance of the evidence.

The brunt of Noury’s “testimony”, given without any remorse, consisted of malicious attacks on the Mujahedin-e Khalq (MEK). Noury rehashed a litany of false accusations, often repeated and spewed out against the MEK by a host of paid-for agents of the regime for which he works, over the past decades.

The similarity between Noury’s lies and these claims reaffirms that the source of all these absurd claims and lies in the Iranian regime’s Ministry of Intelligence and Security (MOIS) and its oppressive propaganda apparatus.

Hamid Noury maintained that if he even mentions the PMOI by their official name rather than the derogatory name the regime favors, he would be arrested upon his return to Iran. He stressed that the judiciary and its head do not joke around, and despite his serving the regime for 10 years in the prison system, he would still face danger. He was unwittingly testifying to the underlying support for the MEK in Iranian society, and the paranoia and fear that it stirs in the murderous rulers of Iran.

Over 30,000 political prisoners were executed over the course of about three months based on Ruhollah Khomeini’s order for the regime to “annihilate the enemies of Islam immediately.” That estimate is not seriously in dispute, although at least one witness to the massacre issued a statement during the course of the Noury trial which suggested that the actual death toll might be even higher.

The number of death could be much higher, as in some prisons and jails, entire wards were emptied by the “death commissions,” leaving no one to account for how many people were taken away to be buried in secret mass graves.

Muddying the waters even further, Tehran has ordered a number of construction projects on the sites of those mass graves, as part of a cover-up that also consists of routine harassment of victims’ relatives who still reside inside Iran. This cover-up makes it imperative for the international community to intervene by initiating broad investigations into the massacre and its culprits. In recent years, these calls to action have been echoed by the likes of Amnesty International and certain United Nations human rights experts.

To date, Sweden is the only nation to heed those calls in any meaningful way. But Noury trial should set the stage for long-overdue investigations leading to international prosecution of higher-level participants in the massacre. Chief among the prospective targets of such prosecution is Ebrahim Raisi, the regime’s president.

Noury brought Raisi into the conversation when presenting his own defense this week. He was likely motivated by the fact that Raisi’s role as part of the Tehran death commission was referenced by a number of the witnesses who also described Noury carrying out that commission’s orders. But far from contradicting those witness statements, Noury’s own testimony merely served to defend the record of his fellow officials and to praise Raisi as the “popular president of the Iranian people.” This description disregards the fact that the vast majority of Iran’s eligible voters boycotted the June sham election that brought him to power, while numerous Iranians openly condemned him as the “henchman of 1988.”

Speaking from the safety of Tehran, Raisi has never denied his role in the massacre but has openly defended Khomeini’s order for members of the MEK to be executed and generally treated without mercy. The fatwa underlying the massacre explicitly stated that such mercy would be “naïve,” and a follow-up letter conveyed Khomeini’s demand that authorities “annihilate the enemies of Islam immediately.”

Noury mimicked Raisi’s justifications, even though the former also denied involvement in mass executions. Those statements alternated among praising the regime, condemning the MEK, and denying the most basic facts of the case as they had been presented by Swedish prosecutors and Iranian witnesses. All in all, the strategy for Noury’s defense seems to consist of arguing that the massacre did not happen, but that if it did happen then it was justified, and if it wasn’t justified then he had nothing to do with it.

So far, the inconsistency of his statements has seemingly strengthened the case for his conviction, and it is most likely that Noury is aware of this. On some level, those statements demonstrate resignation to his punishment by the Swedish court and are therefore more preoccupied with avoiding the possibility of facing further consequences at home. At one point, Noury even stated plainly that he could face prosecution upon return to Iran if he merely mentioned the PMOI by name.

If anything, Noury’s testimony has laid bare genuine and deep-seated defiance of the religious fascism ruling Iran by the Iranian people and the Resistance led by the PMOI. Hamid Noury’s attacks on the PMOI align with those of the regime’s known allies and its collaborators and agents abroad and can be understood precisely in the context of this confrontation.

Although Tehran long insisted that the group had little to no social influence inside the Islamic Republic, a nationwide uprising in 2018 led to Ali Khamenei acknowledging that the PMOI had “planned for months” to bring anti-government slogans into popular circulation around more than 100 cities and towns.

In November 2019, those same slogans defined another nationwide uprising which erupted even more quickly across nearly 200 localities.

About 1,500 peaceful protesters were killed in a matter of only days during the 2019 uprising, and countless others were tortured over a period of months while detained by authorities who answered to then-judiciary chief Ebrahim Raisi. Now that Raisi as president, he has more power than ever to promote the sort of violent repression that he championed as part of the death commission in 1988.

This is one reason why the trial of Hamid Noury is important, and why it is especially important for the international community to regard that trial as a template for further prosecutions based on the principle of universal jurisdiction. Until Noury was arrested in 2019, no one had ever faced accountability for the 1988 massacre. Regardless of Noury’s impudence, now that his conviction seems increasingly certain, the opportunity exists to drive home the message that the Iranian regime’s impunity in matters of human rights could receive a serious blow.