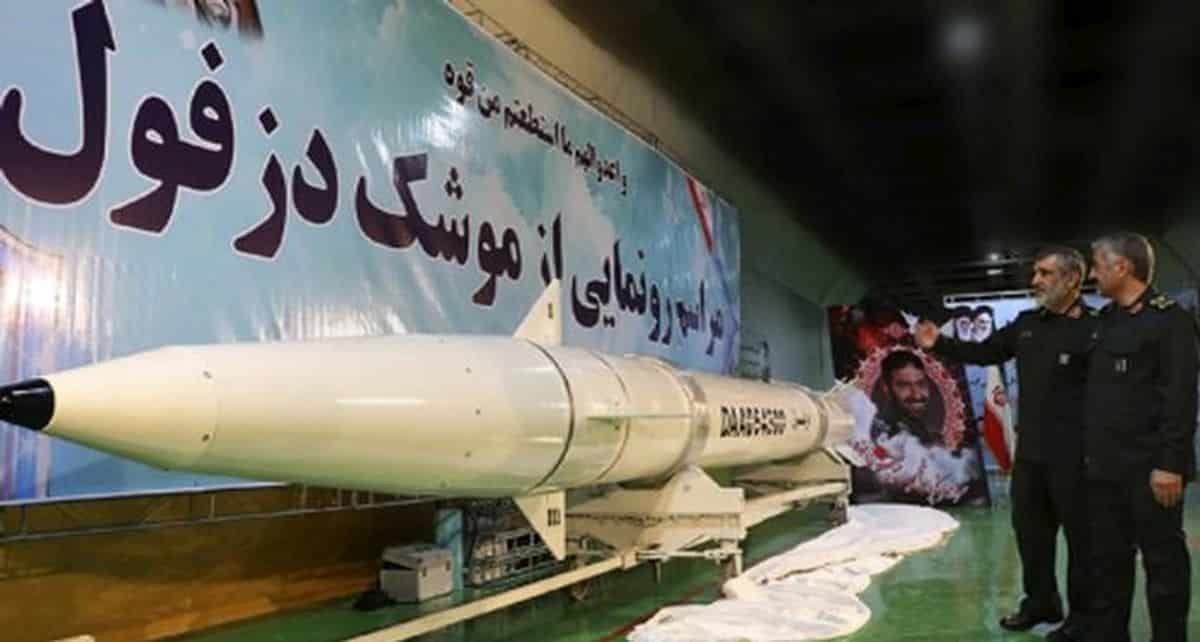 Two days before nuclear talks resumed in Vienna, a former head of the Atomic Energy Organization of Iran (AEOI) spoke to Iranian state media about recent years’ advances to the nuclear program. He credited Mohsen Fakhrizadeh, the nuclear scientist assassinated last year, with creating the system that is currently regarded as such a serious threat by Tehran’s adversaries.

Fereydoun Abbasi-Davani’s reference to “nuclear weapons” is the latest piece of evidence supporting that the Iranian regime has never given up its goal of acquiring an atomic bomb. The International Atomic Energy Agency has reported in no uncertain terms that the Iranian regime had a nuclear weapons program at one point, but appeared to dismantle it following early revelations about the country’s clandestine activities. Officially, Tehran denies having ever worked toward the acquisition of nuclear weapons, but Abbasi-Davani is not the first Iranian official to tacitly acknowledge that this talking point is false.

Last February, then-Intelligence Minister Mahmoud Alavi stated plainly that Iran might acquire a nuclear weapon, but declared that “those who pushed Iran in that direction” would be to blame in that case. His remarks explicitly referenced a fatwa issued by the regime’s Supreme Leader Ali Khamenei which supposedly declared nuclear weapons to be contrary to Islam and thus off-limits to the Iranian regime. But by intimating that this restriction could be openly violated, Alavi gave fuel to critics’ arguments that the fatwa was never binding and was primarily intended to deflect international concern over dual-purpose activities that could shorten Iran’s “breakout” window for developing a nuclear warhead.

If that is the case, the supreme leader’s strategy has arguably been quite successful. In the run-up to the signing of the seven-party nuclear agreement in 2015, and in the time during which the signatories have been working to restore that agreement following the US withdrawal in 2018, some policymakers have shown themselves willing to proceed based on the assumption that Iran primarily wants to advance its nuclear program for civilian purposes. This remains as the regime’s public claim, although its activities over the past two years have raised more and more doubt.

In early 2020, the regime announced that it would no longer comply with any terms whatsoever, and this set the stage for public disclosure that some Iranian facilities had resumed enrichment of uranium to 20 percent fissile purity. Prior to the signing of the JCPOA, this was the highest known enrichment level Iran had achieved, and it is considered to be a relatively short technical step away from 90 percent enrichment, which constitutes weapons-grade.

Early this year, the Iranian regime stepped up some of that enrichment to 60 percent, a level that is well beyond anything Iran would need for the purpose of power generation or scientific research. The same was said of Iran’s acknowledged production of uranium metal, a substance that is a key component in the core of a nuclear weapon. At best, both of these advancements were intended solely to intimidate the international community and pressure Western powers to retract or violate the US sanctions that were imposed or re-imposed following the 2018 withdrawal.

Since February, the IAEA has been largely barred from accessing Iranian nuclear sites and from reviewing surveilling footage, on account of a law that the Iranian parliament passed in an effort to speed up the JCPOA reconciliation process. After the UN nuclear agency released two subsequent quarterly reports on the state of Iran’s nuclear program, the new head AEOI head, Mohammad Eslami, boasted that Iran’s stockpiles of 20-percent enriched uranium were at least 50 percent larger than what the international community was aware of.

There is little question that such statements serve to emphasize how much closer Iran has come to nuclear weapons capability. Western policymakers may disagree about whether that means the Iranian regime actually intends to pursue that outcome, but Eslami’s statements reflect a posture that makes it very unlikely that Tehran will agree to a resolution that forestalls that outcome now that nuclear talks have restarted after a five-month gap.

In the wake of Abbasi-Davani’s comments about Iran crossing “frontiers of knowledge,” other Iranian officials reiterated their demand that all US sanctions be lifted before the regime will even seriously engage in discussions to restrict its nuclear activities. In response, many of the regime’s critics have reiterated their calls for Western powers to let the existing agreement fail and then re-impose multilateral sanctions with the aim of compelling Tehran to accept an altogether new deal.