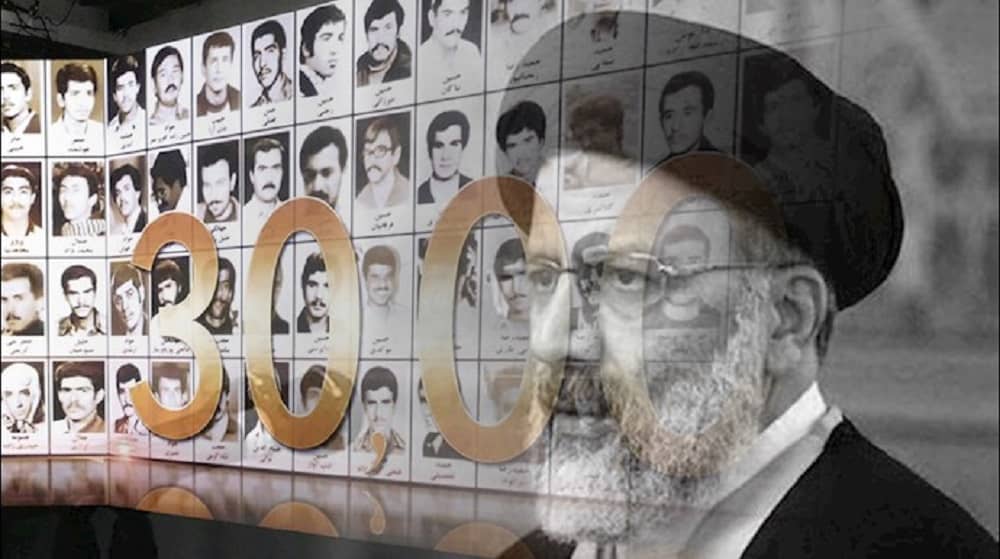 On Thursday, the National Council of Resistance of Iran hosted an online conference to discuss the implications and prospects of the previous week’s Iranian sham presidential election. The election farce resulted in the confirmation of Ebrahim Raisi, the regime’s current judiciary chief, as its next president. But the election was also subject to a boycott organized by the Iranian resistance.

Ali Safavi, a member of the NCRI’s Foreign Affairs Committee, moderated Thursday’s event and explained in his introductory remarks that less than ten percent of eligible voters responded to the regime’s insistent calls for widespread participation in the electoral process. Tehran has officially estimated voter turnout at around 49 percent, but this as an exaggeration meant to preserve some semblance of legitimacy for regime authorities.

The ten-percent estimate is directly supported by the testimony of more than 1,200 independent journalists from largely empty polling places in more than 400 localities. It is also indirectly supported by reports of anti-government activism that have escalated in recent years. In January 2018 and November 2019, Iranians from all walks of life took part in two separate but interconnected nationwide protests which featured the same basic message as this year’s electoral boycott. Slogans like “hardliners, reformists: the game is over” evoked the public rejection of the regime’s political factions that have shared power in Iran since the aftermath of the 1979 revolution.

Raisi is a leading figure within the hardline faction, while the regime’s outgoing President Hassan Rouhani is considered the standard-bearer for “reformists.” But these two factions are fundamentally indistinguishable in terms of ideology and policy preferences, even if they are occasionally at odds over the tactics used to achieve those shared aims. Ambassador Lincoln P. Bloomfield Jr., a former state department official and current Distinguished Fellow at the Henry L. Stimson Center, endorsed that view as a panelist in Thursday’s discussion, pointing to the legacy of Rouhani’s “moderate” administration as evidence for an unchanging commitment to hardline policies in Tehran.

Bloomfield called attention to the fact that in June 2018, early in Rouhani’s second term, the regime’s operatives attempted to carry out a terrorist attack against expatriate activists and their political supporters at the NCRI’s “Free Iran” rally near Paris. He also noted that the regime’s Islamic Revolutionary Guard Corps was found to be trafficking heroin in Europe and smuggling weapons to proxies throughout the Middle East during much of the Rouhani era.

Regarding Iran’s domestic situation, Bloomfield noted that severe crackdowns on dissent also took place during this era, including those that were overseen by Raisi in his position of judiciary chief, without protest or opposition from within the Rouhani administration. Raisi assumed that position in March 2019 and was secure in the role by the time of the mass uprising in November of that year. The IRGC and other authorities promptly opened fire on that protest movement after it flared up simultaneously in nearly 200 cities and towns. Over 1,500 people were killed and 12,000 arrested, setting the stage for months of protests at the hands of judiciary officials.

Bloomfield cited that political violence, underlining that “the massacre has continued” to the present day, from the early years of Raisi’s political career. Much of Thursday’s panel discussion was naturally focused on the role that Raisi played in 1988 as one of the leading figures in the “death commissions” tasked with implementing the fatwa issued against organized dissenters that year by the regime’s founder and first supreme leader, Ruhollah Khomeini.

Geoffrey Robertson QC, a human rights barrister, provided viewers of Thursday’s discussion with a detailed account of the 1988 massacre based on his earlier professional investigation– the first of its kind. Meanwhile, Iranian activist Reza Fallahi provided his personal perspective as someone who was in Iran’s Evin Prison at the time of the massacre and was one of only a dozen individuals in his ward to be spared execution. Fallahi named four individuals, including Raisi, whom he faced to answer questions about his political attitudes and affiliations. He noted that Raisi, then a deputy public prosecutor for Tehran, “displayed particular hostility” toward political prisoners.

In recent years, that hostility has apparently translated into pride in his legacy as one of the persons most responsible for mass execution of the MEK– something that another death commission member, Mostafa Pourmohammadi, described as “God’s command” at least as recently as 2016. Raisi’s similar efforts to defend the massacre’s legacy were highlighted at Thursday’s event by Nick Fluke, president emeritus of the Law Society of England and Wales. Fluke expressed hope that Raisi’s record would lead to him being “widely shunned” by the international community, much as he was shunned at the polls by the overwhelming majority of Iranians.

Fluke underlined that it would be “very hard to dislodge” the leadership of someone with as much establishment backing as Raisi enjoys. Early in Iran’s sham presidential race, the judiciary chief was identified as Supreme Leader Ali Khamenei’s favored candidate, which led to all other prominent figures being excluded from the ballot so that Raisi could run virtually unopposed. The system behind this scheme cannot be expected to hold its own officials accountable for past crimes, and Fluke therefore stated that if Raisi were to answer for those crimes, it would have to be in “an international court with rule of law standards.”

In a question-and-answer session, journalists challenged the speakers over the prospect of securing this outcome, as well as the NCRI’s broader goal of supporting popular unrest inside Iran, leading to the mullahs’ ouster and the establishment of a genuinely democratic system of government. Each of them acknowledged the difficulty but also emphasized that widespread publicity for the regime’s past wrongdoing could have an effect, and that Western policies could adopt certain policies that would deprive a Raisi government of legitimacy and empower the Iranian people to undertake actions like those seen in November 2019.

In a previous press conference, NCRI Foreign Affairs Committee Chairman Mohammad Mohaddessin predicted that a successful electoral boycott would set the stage for nationwide uprisings that would be “much more intense and widespread than in previous years.” On Thursday, the NCRI’s supporters pointed to Iran’s low voter turnout as a sign that the United States, Europe, and the United Nations should demonstrate support for the prospective uprising through the applications of Magnitsky sanctions to Raisi and others, as well as through the launch of a commission of inquiry regarding the 1988 massacre and its lasting effects upon Iranian society.

Among those effects is a sense of impunity among the Iranian regime’s officials which allowed them to appoint one of the nation’s worst human rights abusers as the country’s next president. But with that appointment, Robertson said, the United Nations will be forced to grapple with the prospect of Iran being represented on the world stage by someone deemed largely responsible for one of the late 20th century’s worst crimes against humanity. And according to Bloomfield, Raisi’s “election” also increases the urgency of a much more general question: “What do we do about a hostile, untrustworthy, and destructive Islamic Republic of Iran?”