Iran Regime Agents in the European Parliament; Political Cover for Terrorist Acts Against the Opposition in Albania 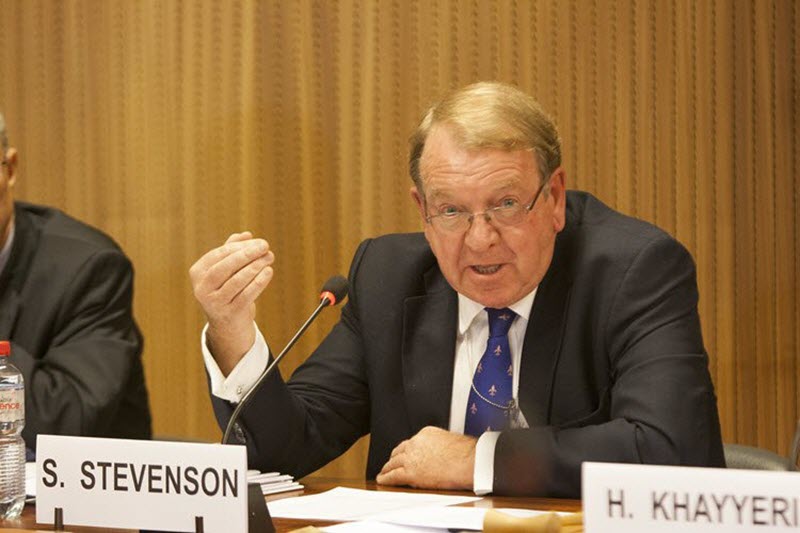 Iran’s deep frustration after the organized transfer of thousands of members of the main democratic opposition movement from Iraq to Albania and the loss of the opportunity to massacre them is not a secret. This transfer was the result of an unprecedented campaign by the Iranian opposition and its supporters in Europe and the United States. It took place under the noses of the theocratic fascist regime while the mullahs in Tehran had put all their efforts into preventing their transfer and orchestrating either their surrender or their annihilation.

The Iranian regime’s officials have now acknowledged that the main opposition movement, the People’s Mojahedin of Iran (PMOI or MEK), played a key role in launching the recent nationwide protests and anti-government demonstrations. According to AFP, on 2 January 2018, President Hassan Rouhani called President Macron and asked him to take action against the Paris-based Iranian opposition and their leader Mrs Maryam Rajavi, which he accused of fomenting the recent protests. President Macron rejected his demand.

On 9 January 2018, Ayatollah Ali Khamenei, the Supreme Leader, said the PMOI had organized the uprising and implicitly threatened to execute the arrested protesters. The Iranian regime is now citing these events as a reason to exert pressure and instigate terrorist acts against the PMOI in Albania.

The appointment of Gholam Hossein Mohammad Nia and Mostafa Roodaki, two senior officials of the Iranian Ministry of Intelligence (MOIS), as the ambassador and first secretary of the embassy in Tirana has been a clear indication of the mullah’s malign intentions. Ostensibly, their role is to create religious and cultural institutions, which in fact are guileless covers for the sinister activities of the two branches of the Iranian MOIS in Albania, functioning under the names of the Habilian Center and the Didban Institute.

These organisations employ local Albanians and train them to demonize the PMOI, launching websites and TV channels in Albania and purchasing several nationwide TV programmes. On 22 March 2018, the Albanian media reported that two Iranians had been arrested on suspicion of preparing acts of terrorism and a further ten people were detained for questioning, adding that the PMOI was a possible target. This has been the same pattern pursued by the mullah’s regime over the past four decades, spreading lies and misinformation to prepare the ground for repression and acts of terrorism. In Camps Ashraf and Liberty in Iraq, an orchestrated campaign of demonization combined with vicious terrorist and missile attacks were part of the daily routine aimed at terrorising the unarmed and defenceless PMOI refugees. Now Iran is focusing on Albania where the pattern will inevitably be repeated.

The MOIS and its affiliated agents, lobbies and pro-regime politicians are determined to undermine the Iranian opposition’s status in Europe and to portray them as a threat to Albania and the Balkans. It is interesting and not surprising to see that many of the main actors of this recent campaign in Albania and Europe are the same ones who worked against the Camp Ashraf and Liberty residents when they were stuck inside Iraq. This is despite the fact that Western security services in 2017 and 2018 found new signs of credible threats against Iranian opposition activists. In 2017, two Iranian dissidents were assassinated in Turkey and the Netherlands.

We are alarmed to learn that a meeting is planned to take place in the European Parliament entitled: “Mojahedin e-Khalq (MEK) a threat in Albania” on April 10, 2018. It is being organized by a pro-Iran Portuguese MEP Ana Gomes, who has a history of hostility towards the PMOI. Gomes has recently returned from a visit to Tehran.

In April 2009 when we were going to vote in favour of a resolution in the European Parliament calling for the protection of Ashraf residents, Ms Gomes proposed 7 amendments to damage our efforts. Had her amendments been adopted it would have given give a free hand to the Iraqi government to suppress the residents. All her seven amendments were rejected by a majority of MEPs. But her strange behaviour and open hostility towards the Iranian opposition raised a lot of protests in the European Parliament and even in the British Parliament at the time.

After her recent visit to Iran, Ms Gomes said in the meeting of the Foreign Affairs Committee on 22 February 2018, “… I met with relatives of the victims of a terrorist organisation, called the MEK, Mojahedin of the People, and National Council of whatever revolutionary Iran…! They are creating troubles in Albania, trouble that will come to haunt us.. (and) are keeping people hostage namely in Albania.” These remarks are clearly defamations and judicially prosecutable.

During her stay in Iran, she had additional meetings with the Habilian Institute and Nejat Association, two branches of the MOIS.

The list of speakers scheduled for her meeting on April 10, 2018 clearly reveals the nature of this farce, as it includes Anne Singleton (Khodabandeh), an Iranian agent exposed by a US Pentagon & Library of Congress report in December 2012.

In June 2004, Win Griffiths, a former Labour Member of the British Parliament, travelled to Tehran to meet a prisoner in Evin prison. In a witness statement he said: ”When I went to Evin, expecting to meet the detainees in private, I was surprised to see Anne Khodabandeh (Singleton), Ebrahim’s sister-in-law, in Evin Prison. She later claimed that she was there as part of an NGO visit. Yet it was clear to me that the prison guards treated her as a friend and on their side, rather than as a member of an independent NGO”.

Singleton visited Tirana no fewer than three times in November 2017 alone and went on to discuss “the threats of the PMOI in Albania” during a meeting in Ms. Gomes’ office in the European Parliament in Brussels on 5 December 2017. Anne Singleton was seen and photographed outside Camps Ashraf and Liberty in Iraq, prior to deadly attacks that took place in both camps.

Other speakers at the meeting in the European Parliament include: Olsi Jazexhi and Migena Balla. This Albanian couple are strong advocates of the Iranian regime and work closely with Singleton, and Vanna Vannuccini, an Italian journalist who has been living in Iran since 1997. She is a keen advocate of the Islamic Republic of Iran. Her profile photo posted on her Facebook page shows her wearing a headscarf next to an Iran Air plane.

Struan Stevenson was a member of the European Parliament representing Scotland (1999-2014), president of the Parliament’s Delegation for Relations with Iraq (2009-14) and chairman of Friends of a Free Iran Intergroup (2004-14). He is an international lecturer on the Middle East and is also president of the European Iraqi Freedom Association (EIFA)