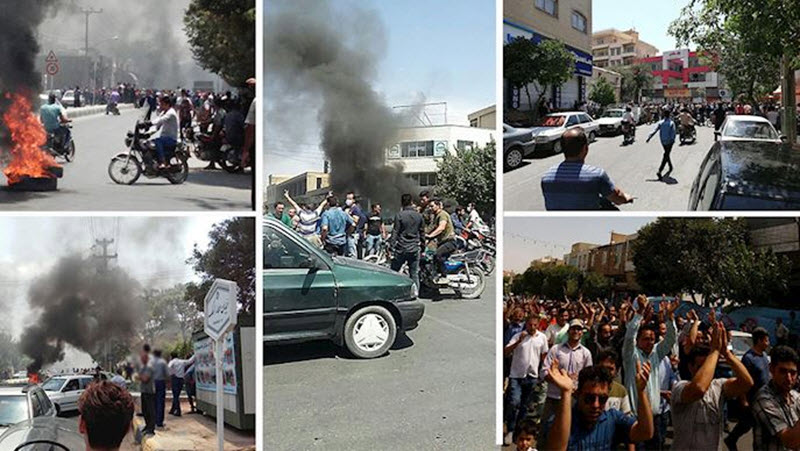 As protests continue unabated in Iran, Regime officials have begun voicing their fears about how the Iranian Resistance and their network of activists are organising and directing the protests in order to do the most possible damage to the Regime.

The Regime may have its factional squabbling – largely the result of many terrible people clamouring for the ultimate seat of power – but they all agree on one thing: the Iranian Resistance is the biggest threat to their continued rule. However, they rarely acknowledge that fact, so this shows just how scared they are.

Hassan Abbasi, a senior member of the Revolutionary Guards (IRGC), recently gave an interview to a state-run online TV station where he explained just how scared he was about the nationwide uprisings.

It’s interesting that he thinks this will happen in a few years when this is arguably what is going on right now, but it just shows that he is aware that the tensions between the people and the regime will only rise. He was even forced to admit that the Iranian people are protesting over some very major things; including human rights, access to water, and financial security.

The same TV station aired an interview with Mohammad Reza Khatami, who is in the so-called reformist faction, who had the same fears about widespread dissatisfaction with the mullahs, leading to the collapse of the regime.

He said: “Possibly the majority of the people have grievances and criticism. Ordinary people might say that we are fed up with this system and we want another system. But how? With whom?”

The answer to that is, of course, the Iranian Resistance. They are more than capable of running Iran and bringing prosperity to the people.

Later on, in that same interview, Khatami even admitted that the 1979 hostage-taking at the US embassy in Iran was a ploy to paint the newly-established regime as anti-imperialist and garner support for the medieval ideas of the mullahs, whilst undermining the Iranian Resistance.

The Iranian Regime is terrified that the Iranian people and their organised democratic resistance forces will soon rise up and take Iran back, so it’s no surprise that the Regime constantly tries to attack the Resistance at home and abroad. Still, the Resistance is outsmarting them at every turn and it won’t be long before the Regime falls.