Iran: Pressure on Regime Is Maintained 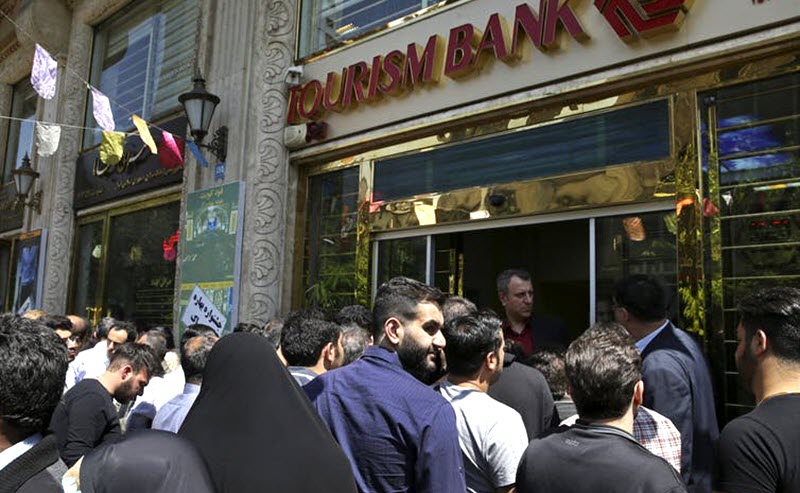 The latest sanctions on Iran came into effect last week in the midst of the U.S. midterm elections. Iran was hoping that the elections would create a distraction in which the sanctions would be brushed to the side; at least temporarily. It was also hoping that the Democrats would be able to occupy most of Congress leaving little room for the Republicans and guaranteeing that the president is not re-elected when his term is up in 2020.

However, the Trump administration is making it very clear that no matter what is happening on the domestic front, it has not forgotten about Iran and that the maximum pressure campaign is still being pursued.

The Iranian regime is concerned about its future and its potential to survive. Kayan Daily, a media outlet that is considered to be Iranian Supreme Leader Ali Khamenei’s mouthpiece, revealed as much at the end of last week. In an editorial it recognised that the divide between Republicans and Democrats in the United States does not affect their joint “enmity” towards the clerical regime in Iran. The author said that the Democrats have actually shown more support for the sanctions than the Republicans.

Trump’s National Security Advisor, John Bolton, said last week that there is a possibility that more sanctions could be imposed on Iran. He said that the sanctions that are currently in place are having the intended effect and that they would be more tightly enforced.

The Trump administration wants the crippling economic sanctions to cut the Iranian regime off from the funding that it uses to finance terrorist and belligerent activities in the Middle East. Bolton said: “We’ve seen indications that it has affected their belligerent activity in Iraq, Syria and Yemen. Not enough yet, but it’s beginning to have that effect.”

Domestic discontent in Iran is continuing to grow as the people maintain the momentum of pressure on the regime. They are making it very clear that the December 2017 / January 2018 uprising is still going strong and there are a number of nationwide strikes that show just that.

Even the smallest of protests which may seem insignificant on the surface have the potential of becoming a huge nationwide protest. The people have no tolerance for the clerical regime’s lies, violence, corruption and malign activities.

Instead of dealing with the pressing issues, the Iranian regime is passing the blame off. It is saying that the PMOI / MEK is to blame for the dissent. Someone close to the Supreme Leader said: “Who is behind all this! The PMOI/MEK… and in the middle of all this mayhem, it just needs two people to chant one or two slogans.”

If the regime listened to the people they would soon understand that the people want regime change.

Previous articleIran Regime terrified of Resistance forces
Next articleIran: Regime Can No Longer Hide Its Concern Over Effects of U.S. Sanctions