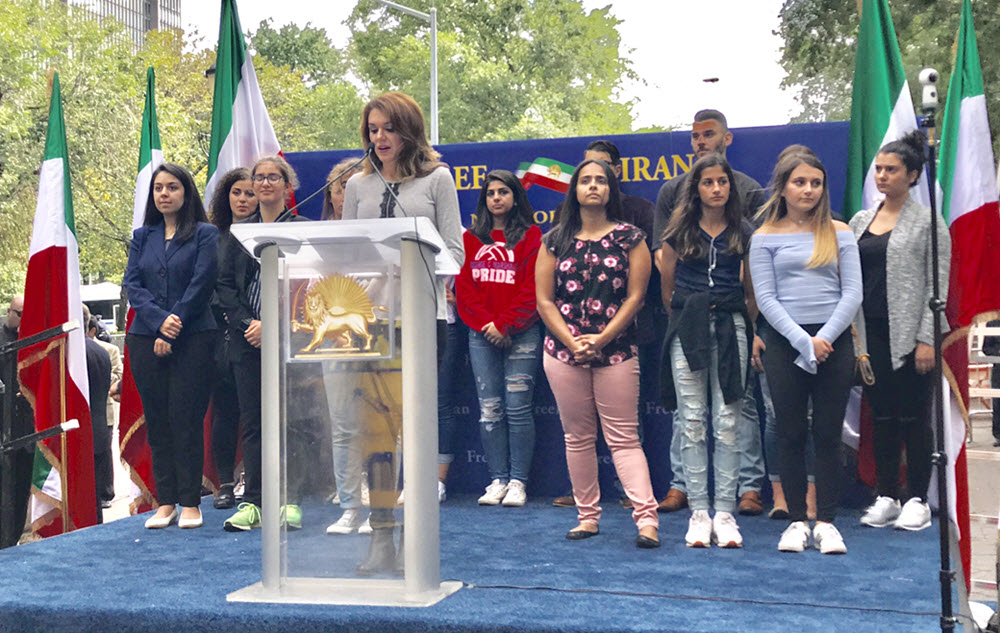 NCRI – Today, the plaza outside of the United Nations General Assembly was filled with members of the Iranian diaspora and their supporters, who were protesting the UN’s endorsement of a terrorist regime by allowing Hassan Rouhani, president of the Iranian Regime to address him.

The crowd, dressed in bright yellow, chanted their calls for democracy and freedom for the people of Iran, their support for the president-elect of the Iranian Resistance, Maryam Rajavi, and their horror that a terrorist and a criminal would be welcomed at the UN.

Throughout the rally shouts of “Rouhani. No, no, no” and “Free, Free Iran” erupt spontaneously from the crowd, but the most prominent voices at this event were those of young people, a direct contradiction to how things are done by the Iranian Regime.

The youth of Iran- those born after the 1979 revolution- make up the majority of the Iranian people, but they are especially suppressed by the Regime in terms of education, employment, and human rights.

While welcoming the Iranian Youth onto the stage, Amir Emadi, a spokesman for the Organization of Iranian American Communities (OIAC), said: “There’s a volcano about to erupt into democratic change in Iran, these youth are the true voice of Iran.” 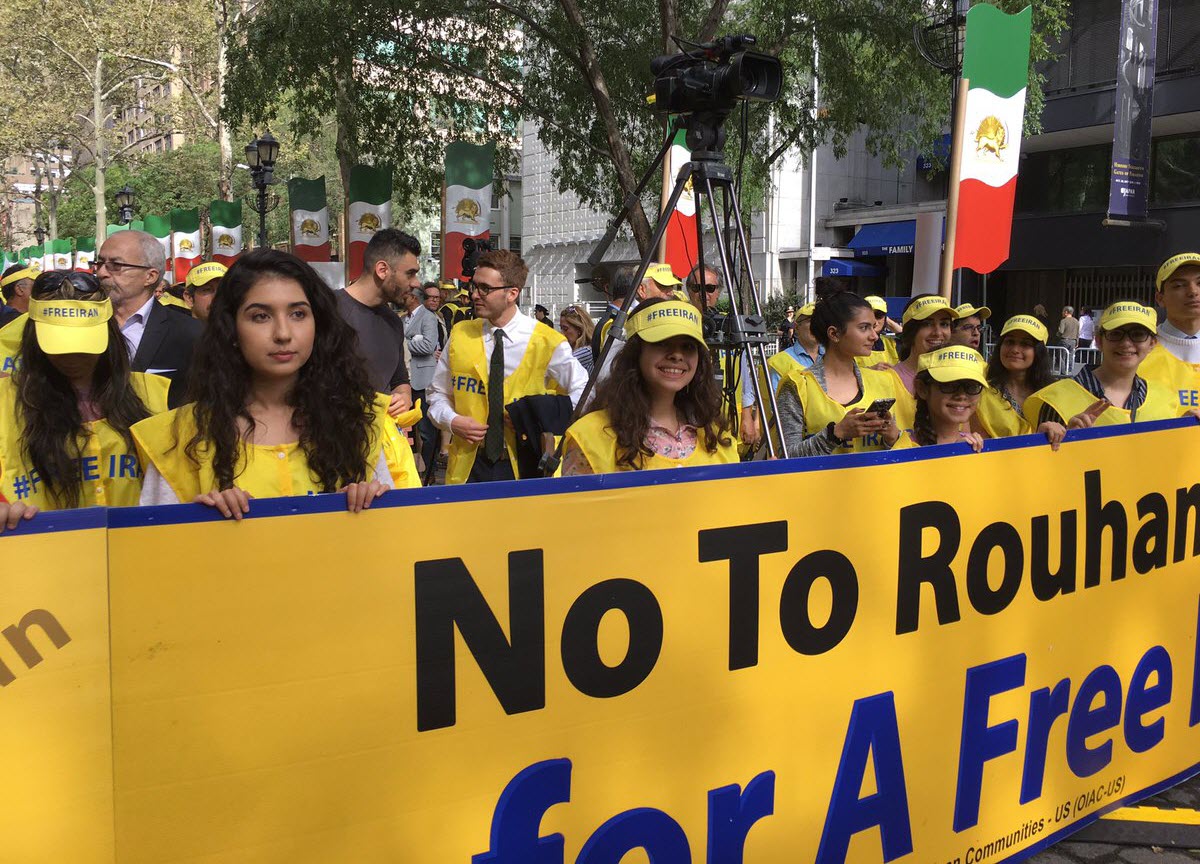 Mahtab, the spokeswoman for the Iranian Youth spoke of how these young people, made up of first and second-generation Americans, were here today because their parents had to flee from the Iranian Regime.

They dream of returning to their beautiful homeland, but until the Regime is overthrown they are unable to. After all, this is a country that routinely places children on death row and has executed four children so far in 2017.

It cannot be right that the UN would allow a Regime with such a horrific record on human rights and suppression of its people to have a voice at the UNGA.

In the crowd, three vibrant young people spoke about their reasons for attending the rally.

Melody, who has been attending the anti-Rohani protests for four years now, explained that she is acting as the voice for the oppressed Iranian youth, while Ideen said that Rouhani is a terrorist plain and simple, and Parnian said that she was supporting democracy for the Iranian people who were having their rights taken away.

Based on a true story

Towards the close of the protest, young Iranian actors put on a short-but-powerful silent play which showed the abuses of the Iranian Regime.

In the play, protesters are dragged away, with hoods over their heads, by security forces to be executed. Afterwards, the relatives of the protesters turn up to ask questions but are attacked by the Regime.

The play is poignantly staged in front of a memorial to some of the 120,000 political prisoners murdered by the Regime. This play was based on a true story, one that cannot end fast enough.

Rouhani’s speech at the UN comes less than one week after a UN discussion on the Iranian Regime’s responsibility for the 1988 massacre, which killed 30,000 political prisoners. In fact, many of those murdered by the Regime then, were not much older than the adolescents attending this rally.

Giulio Terzi, the former Italian Foreign Minister, noted that the UN had a responsibility to seek out justice for the victims of the massacre and launch a full investigation into the events of 1988, not to host one of the key perpetrators as an honoured guest.

The Iranian Regime has gotten away with the repression of its own people for far too long and we cannot allow this to continue. The UN must listen to the people in front of their building today, they must condemn the Iranian Regime for their crimes against humanity- both past and current- and they must support the Iranian people’s call for justice.