Powerful Protest by Iranian Activists Over Rouhani’s Speech at UN

Amir Emadi, the spokesman for the Organization of Iranian American Communities (OIAC) noted that Rouhani should not be accepted in New York, a city so dedicated to human rights, and certainly not at the UN. 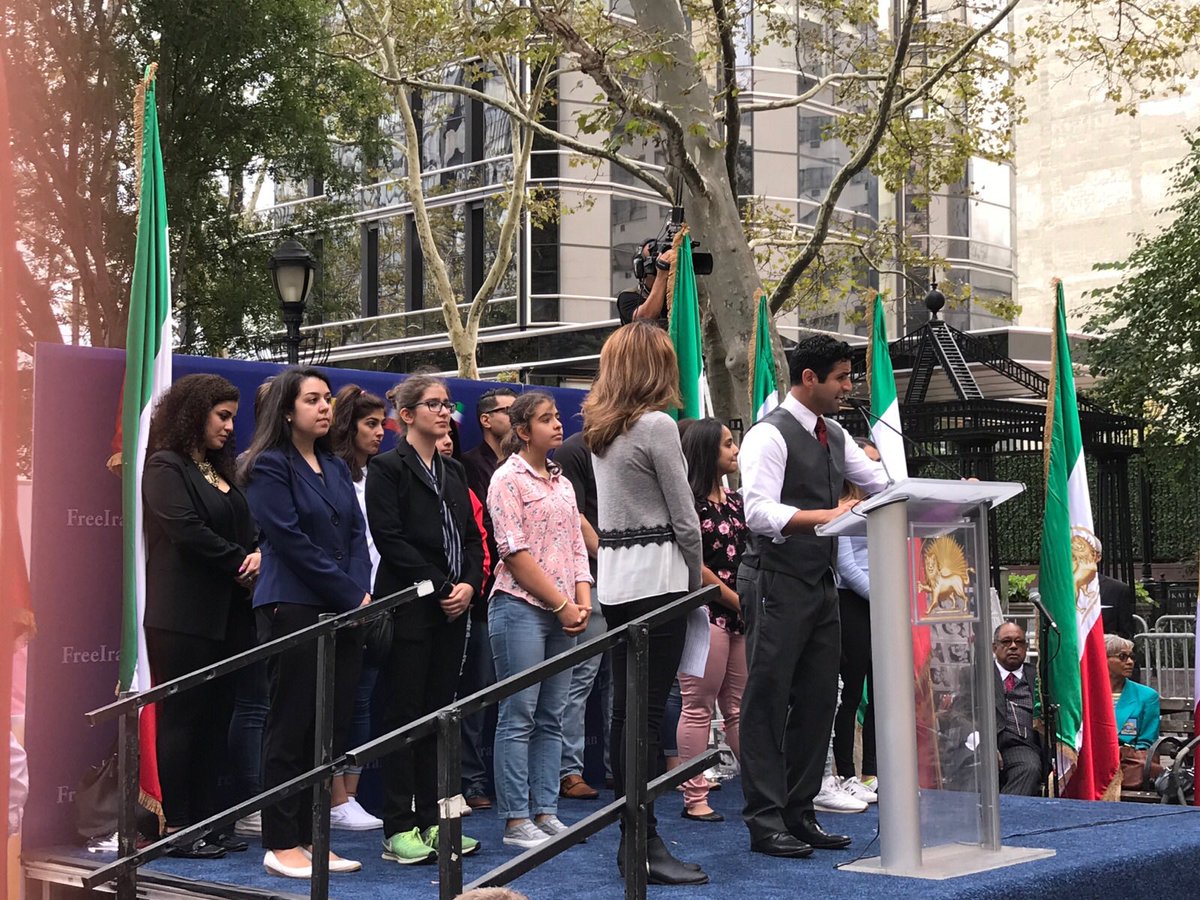 Some protesters dressed in caricature-esque costumes of Rouhani and Iran’s Supreme Leader Ali Khamenei , designed to highlight the grotesqueness of the Regime that has murdered over 120,000 political dissidents, while others gave out literature which documented the Regime’s crimes, and more still chanted, played music, and spoke up for human rights in Iran.

One of the overwhelming themes of the rally was the growing call for regime change in Iran and throughout the rally shouts of “Rouhani. No, no, no” and “Free, Free Iran” erupt spontaneously from the crowd.

Emadi asserted that the people of Iran are ready for change, as documented by the over 11,000 protests that have happened in Iran in the past year, While John Bolton, the former US ambassador to the UN, stressed the urgency of getting the mullahs out of Iran and reiterated his promise from July’s Free Iran rally that the Iranian Regime would not see its 40th anniversary. 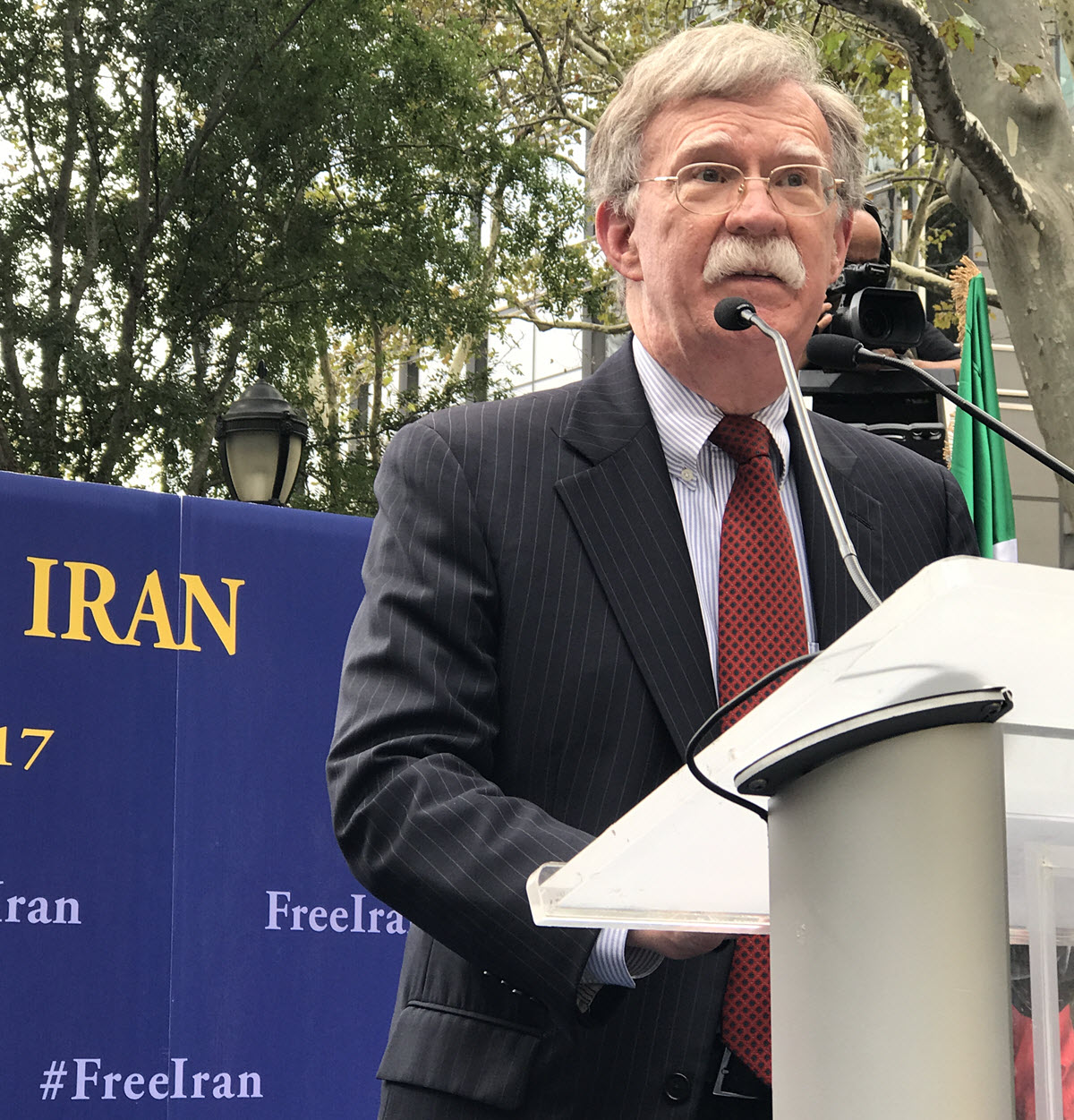 During the rally, a speech from the president-elect of the Iranian Resistance, Maryam Rajavi, was read. Rajavi asks what exactly Iran would have to do for the international community to end their appeasement policy?

Indeed, the Regime continually violates human rights, international treaties, and even its own laws in a desperate attempt to maintain its shaky grasp on power.
Rajavi called for the international community to condition their relations with Iran on an improvement to human rights. 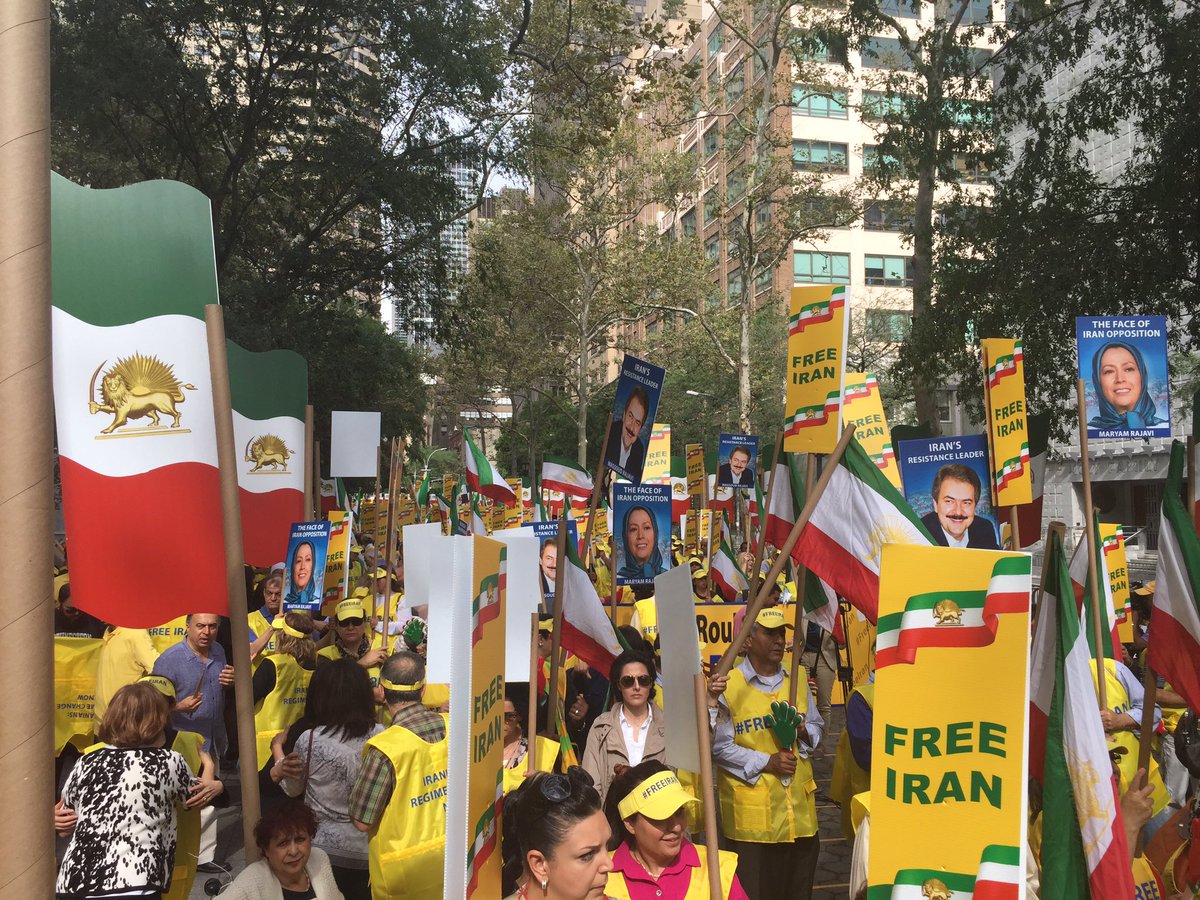 While we’re on the topic of human rights, the Iranian Regime murdered 30,000 political prisoners, mostly members of the People’s Mojahedin Organization of Iran (PMOI/MEK), in the latter half of 1988, and they have gotten away with it.

Giulio Terzi, the former Italian Foreign Minister, noted that the UN had a responsibility to seek out justice for the victims of the massacre and launch a full investigation into the events of 1988, not to host one of the key perpetrators as an honoured guest.

Iranian actors also put on a play to demonstrate the horrors of this massacre. In the play, performed in front of a memorial to the political prisoners murdered by the Regime, protesters are dragged away, with hoods over their heads, by security forces to be executed. Afterwards, the relatives of the protesters turn up to ask questions but are attacked by the Regime.

It is no secret that the only reason that the Bashar Assad Regime has not yet been overthrown by their democratic resistance forces is that they are being supported by the Iranian Regime. Iran has pumped money, weapons, and troops into the country, contributing to the persecution of the Syrian people and the refugee crises across the world.

A Syrian Opposition delegation took to the stage to reject the Iranian Regime and throw their support behind the Resistance. 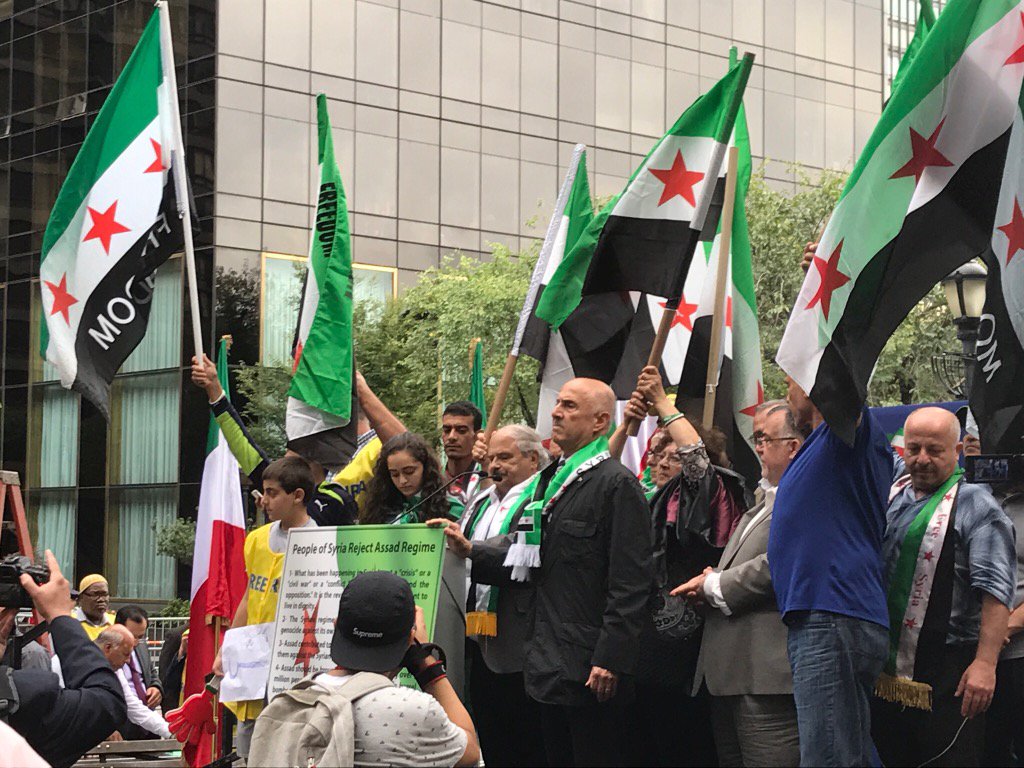 Support for the Iranian People

Of course, the most overwhelming message was one of support for the Iranian people and their dedicated Resistance forces.

Congressman Eliot Engel (D-NY) said that the Iranian people are being effectively strangled by a Regime that does not represent them in any way and promised to fight until Iran was free, while Ambassador Bolton stressed that the Iranian Regime must not be given legitimacy.

Many religious leaders also spoke at the protest to call for a free Iran and respect for freedom of religion as advocated by Rajavi and the Iranian Resistance.

Ultimately, the UN should not endorse a terrorist Regime by allowing them to speak at the UNGA and that the UN should actually be doing more to hold the Regime to account for their crimes against humanity.