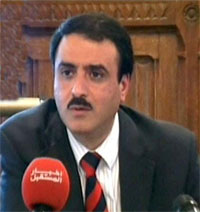 HUFF POST – Hossein Abedini 14 April 2012
Sam Kiley, the defence and security editor of Sky News reported on March 30, 2012, on the search by the intelligence agencies for members of a secret Iranian network of assassins under orders to attack Jewish, Israeli and Western targets in Turkey.

Based on intelligence sources, Mr. Kiley reported that the organization behind the attacks is known as Unit 400, a secret part of the regime’s Islamic Revolutionary Guards Corps’ (IRCG’s) Qods force, which falls under the direct command of the Supreme Leader of the clerical regime, Ali Khamenei.

On April 6 the National Council of Resistance of Iran (NCRI), the democratic coalition of Iranian opposition groups, revealed in a statement that one of the key figures in the Iranian regime’s global campaign for exporting terrorism and a former deputy Minister of Information, Majid Alavi, has been sent abroad upon the order of Khamenei.

To put this in the right perspective it is necessary to revisit some statements made by the Supreme Leader of the clerical regime, Ali Khamenei, earlier this year. In early February Ali Khamenei issued a stern warning against the international community for imposing harsher sanctions on the regime targeting its vital oil exports and central bank for failing to address the international concerns over his regime’s clandestine nuclear program.

Khamenei said, “Iran will not give up” adding “we will respond to threats of war and oil sanctions”. A few days later, the deputy head of IRGC, the regime’s Islamic Revolutionary Guards Corps, issued another threat to regional countries warning: “Any spot used by the enemy for hostile operations against Iran will be subjected to retaliatory aggression by our armed forces”.

Unable to respond constructively to the demands of the international community and addressing the legitimate concerns over its malign nuclear program, the Iranian regime’s officials have started to hesitate about the location for the talks with the 5+1 group expected to start next week in Istanbul. The Iranian regime mentions the Turkish government’s firm rejection of the Syrian Dictator, al-Assad, and his brutal crackdown of the Syrian people’s democratic aspirations as a possible problem that raises concern over the country’s suitability as host.

Thus, the departure of Majid Alavi from Iran should not be underestimated and must be put in context taking into account the remarks made by the regime’s Supreme Leader Ali Khamenei. This is in fact a move to prepare the grounds for new terrorist plots abroad.

Majid Alavi is one of the interrogators of the Ministry of Information who spent eight years in Saudi Arabia and Sudan on clandestine missions. Upon being exposed, he was expelled from Sudan and returned to Tehran. Majid Alavi was appointed by Ali Fallahian (Rafsanjani’s Minister of Information) to the position of “Director General of Arab Countries at the Ministry of Information”. At that capacity, he was in charge of relations with Hezbollah and other terrorist groups in the region.

After the disclosure of serial murders in 1999, Alavi along with a number of other interrogators and torturers from Ministry of Information were transferred to Khamenei’s office where they formed a parallel intelligence system under the supervision of cleric Ali Asghar Hejazi, head of Khamenei’s office. Alavi is in fact a business partner and a close associate to Hejazi.

In 2011, Alavi was transferred from Ministry of Information to the Qods force to start and activate different “project”.

On 19 January 2012 a few weeks before the explosions in Bangkok in which several of the agents of the clerical regime were arrested, Alavi had entered Bangkok under the assumed name of Hossein Tehrani.

The explosion in Bangkok was not an isolated accident involving Iranians. The news reports revealed that attacks were staged in India with the Iranian regime’s finger in its planning as well as other planed attacks in Georgian capital and Azerbaijan where authorities’ investigation pointed to the Iranian regime’s direct involvement. In addition, one should not forget the attempt by the Iranian regime to assassinate the Saudi Ambassador at the US Capital earlier this year.

And the real threat is not limited to individuals; it is in fact the Iranian regime’s Qods force, the foreign arm of the IRGC that is the main tool for the regime’s export of terrorism. This is the same force that is heavily involved in the suppression of the Iranian opposition members in Camp Ashraf, Iraq. Precisely one year ago Camp Ashraf was brutally attacked by the Iraqi forces when 36 unarmed Ashraf-residents were killed and more than 350 were severely wounded.

The Iranian regime’s Qods forces played a major role in the planning of the attacks against the Iranian opposition in Camp Ashraf as they do today in Syria, assisting the Syrian dictator to quell the popular protests against its reign of terror. The destructive role of the Iranian regime’s Qods force in the region was also recently reported on by the Wall Street Journal, highlighting the activities of Major-General Qasem Soleimani, the Qods force’s commander emerging as director of the Islamic Republic’s efforts to spread its influence abroad and bedevil the West.

Hossein Abedini Member of Parliament in exile of Iranian Resistance