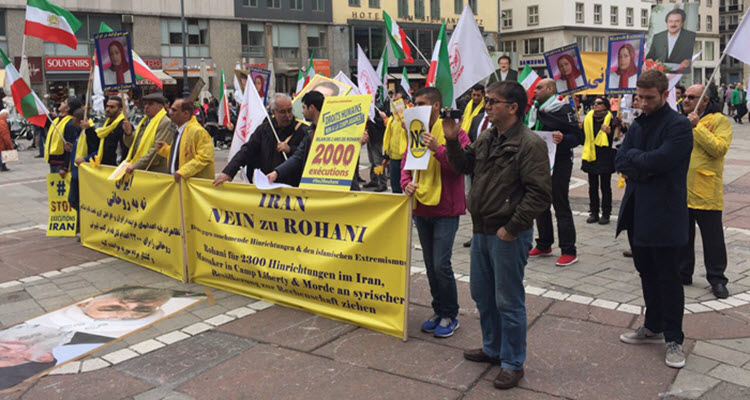 NCRI – Iranians in Austria held a rally in central Vienna on Wednesday to denounce human rights violations in Iran under Hassan Rouhani, the mullahs’ president.

Rouhani had been expected to visit Vienna on Wednesday and Thursday but cancelled his trip at the last minute.

The Iranian protesters urged Austria, other European governments and the European Union to condition their relationship with the Iranian regime on a halt to executions and human rights abuses in Iran.

They pointed out that over 2,300 people have been executed since Rouhani took office in 2013.

The rally was organized by the Human Rights Center for Victims of Fundamentalism which supports the People’s Mojahedin Organization of Iran (PMOI or MEK), the principal Iranian opposition group and the pivotal force of the National Council of Resistance of Iran (NCRI).

The event organizers sought to bring attention to the wave of executions in Iran and the clerical regime’s export of Islamic extremism and terrorism throughout the region.

The UN Special Rapporteur on human rights situation in Iran earlier in March announced that the number of executions in Iran in 2015 was greater than any year in the last 25 years. Rouhani has explicitly endorsed the executions as examples of “God’s commandments” and “laws of the parliament that belong to the people.”

Demonstrators also condemned Tehran’s all-out support for Bashar al-Assad and massacre of Syrian people as well its continued proliferation of Weapons of Mass Destructions including ballistic missiles tests. They pointed out that the policy of exporting the “Islamic revolution” and proliferation of Weapons of Mass Destruction – pillars of the clerical regime – have been vigorously pursued by the Rouhani administration as well.

Demonstrators also expressed their support for the members of the PMOI in Camp Liberty, Iraq. Camp Liberty was targeted by the Iranian regime on October 29, 2015 when a barrage of rockets killed 24 residents and destroyed a large portion of the camp. The demonstrators urged the UN and the US to provide protection to Camp Liberty residents. 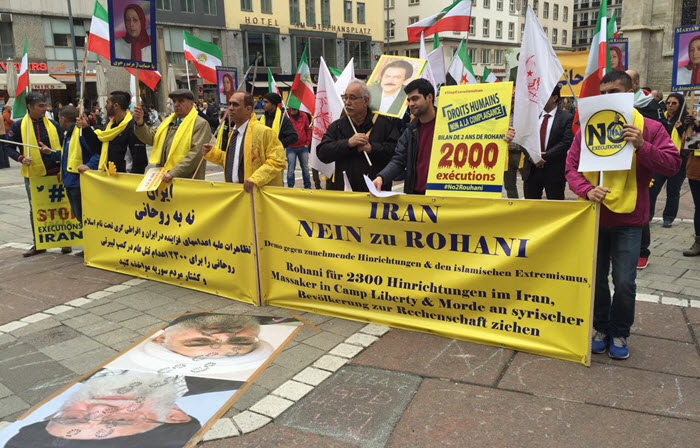 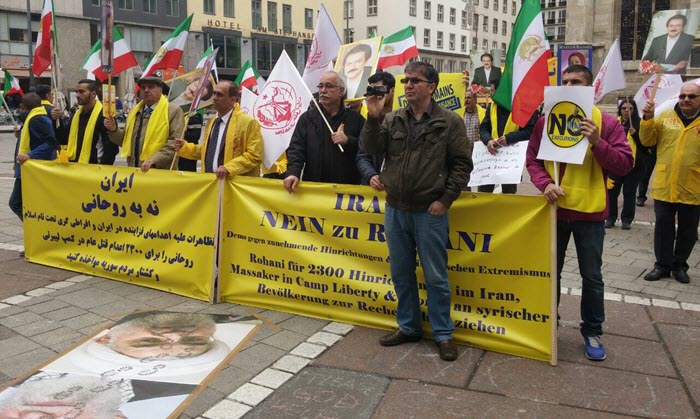 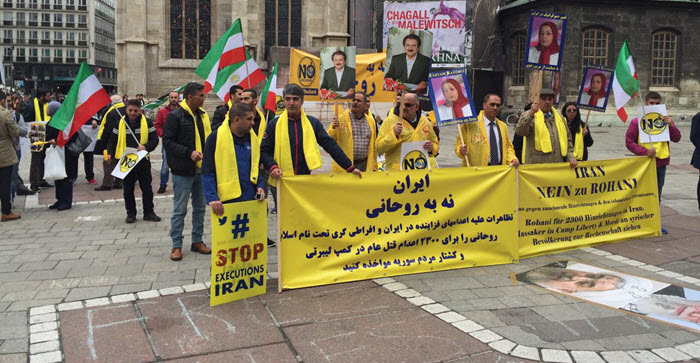 Previous article
Khamenei says missiles, not talks, key to Iran regime’s future
Next article
Khamenei’s missile muscle-flexing is to cloak his damaged position caused by the nuclear deal and the election outcome