Iranians in Holland to hold major rally to remember 1988 massacre

NCRI – Iranians residing in Holland plan to hold a large rally and march on Saturday to draw international attention to the ongoing appalling abuses of human rights by the mullahs’ regime and remember the victims of the 1988 massacre of political prisoners in Iran.

The Iranian community in Holland plan to march from the municipality building in The Hague all the way to the Central Station on Saturday, August 20.

The supporters of the Iranian Resistance plan to urge the government of the Netherlands to support the prosecution of the Iranian regime’s officials at the International Criminal Court (ICC) for “crimes against humanity” over their role in the massacre of 30,000 political prisoners in the summer of 1988. 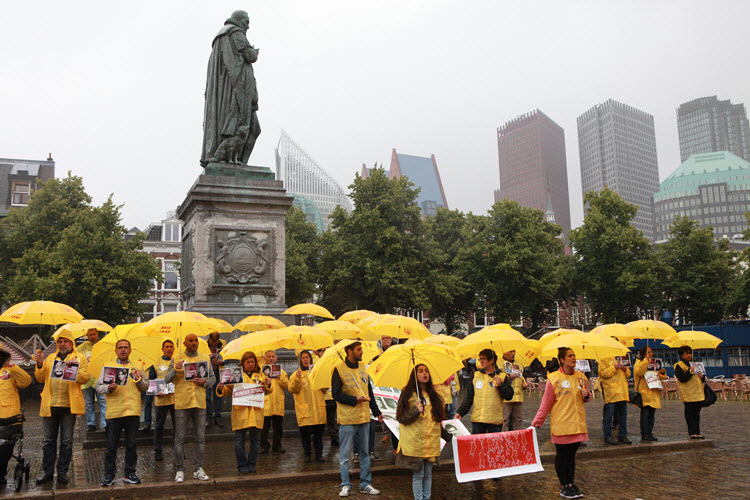 The vast majority of the victims of the #1988Massacre were affiliated to the main Iranian opposition group, the People’s Mojahedin Organization of Iran (PMOI or MEK).

A number of Iranians residing in Holland held a three-day hunger strike outside the Dutch Parliament last week to highlight plight of Iran’s political prisoners and condemn the recent spate of mass executions in Iran.

The United Nations and Amnesty International have reported on the rise in executions under the regime’s President, Hassan Rouhani. More than 2600 people have been executed on his watch, with dozens hanged in the past two weeks, the protesters pointed out in The Hague last week.

The Dutch-Iranian community has urged the Netherlands government to categorically condemn the executions in Iran and to act with allies to call for an immediate halt to executions and torture in Iran. 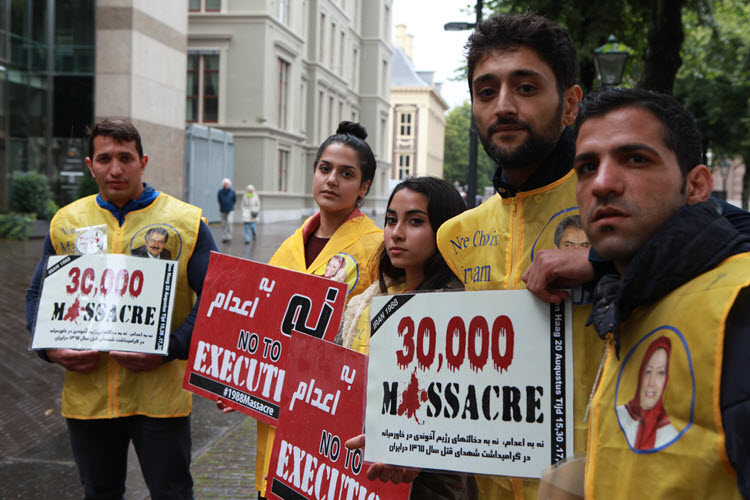 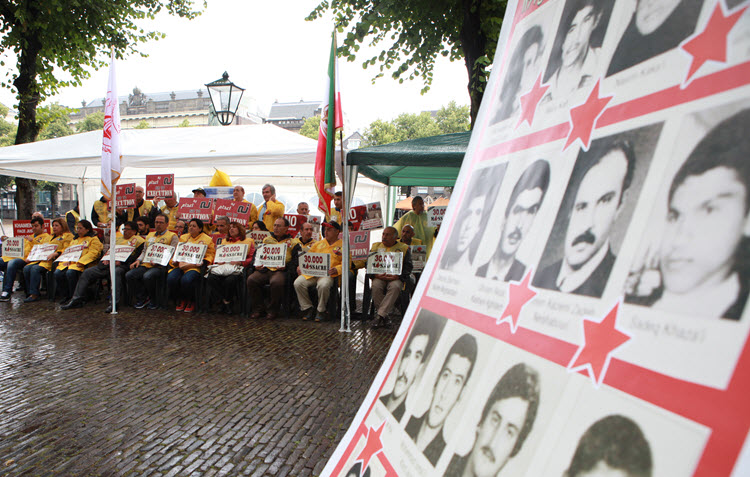 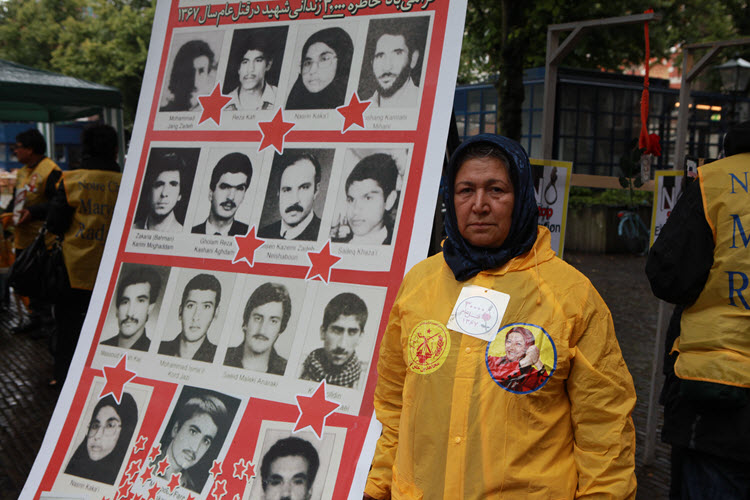 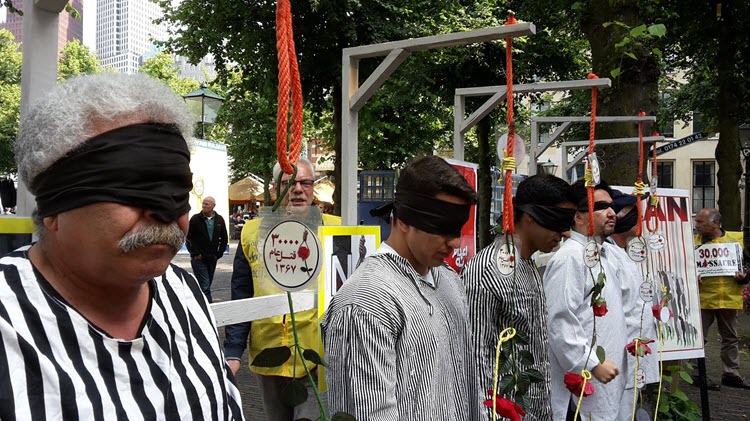 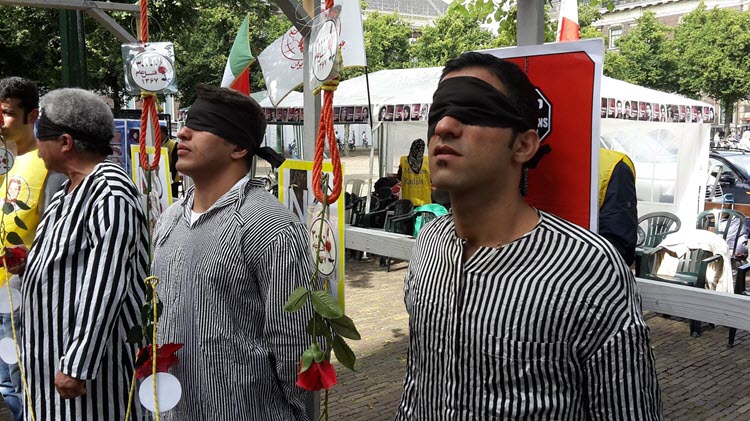 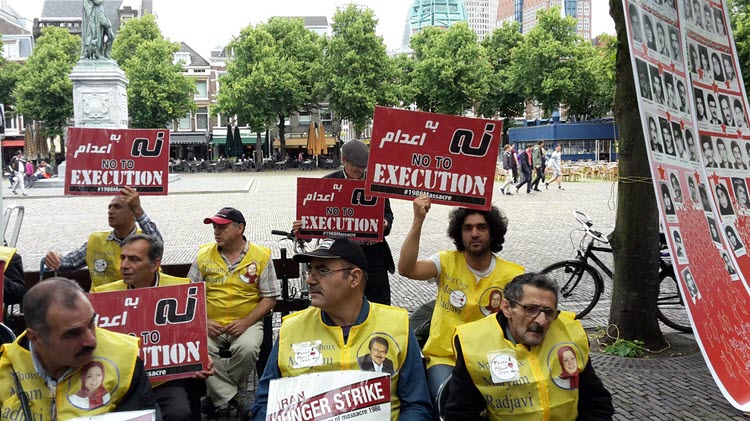 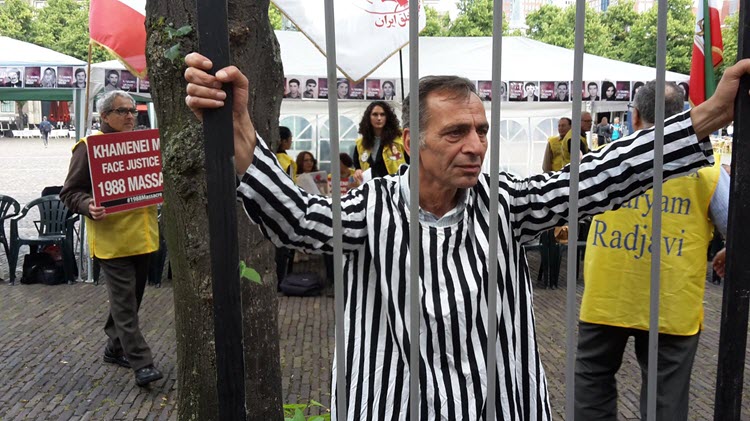 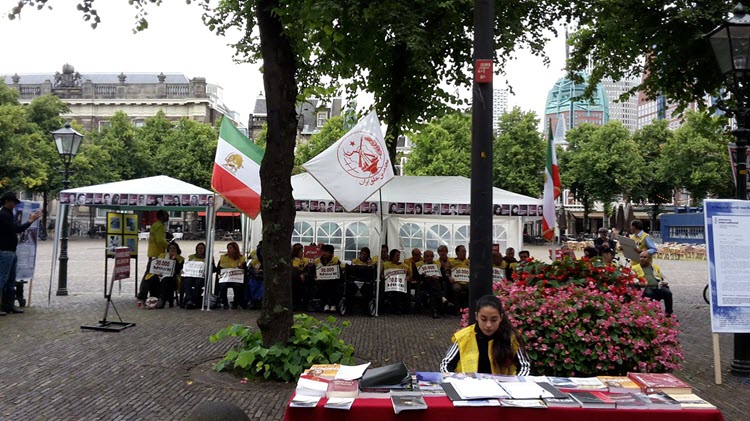 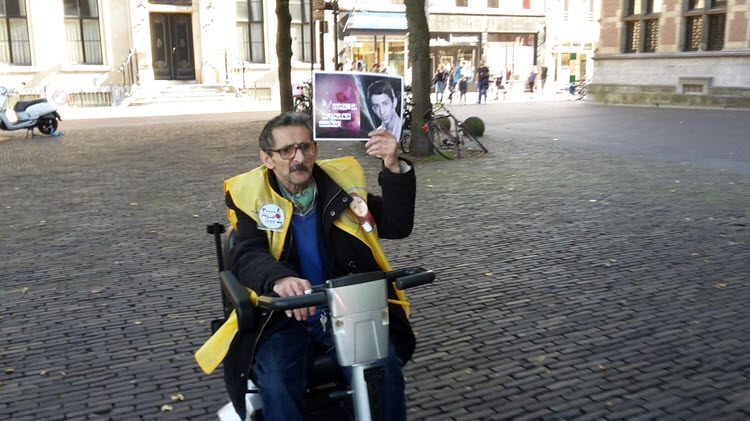 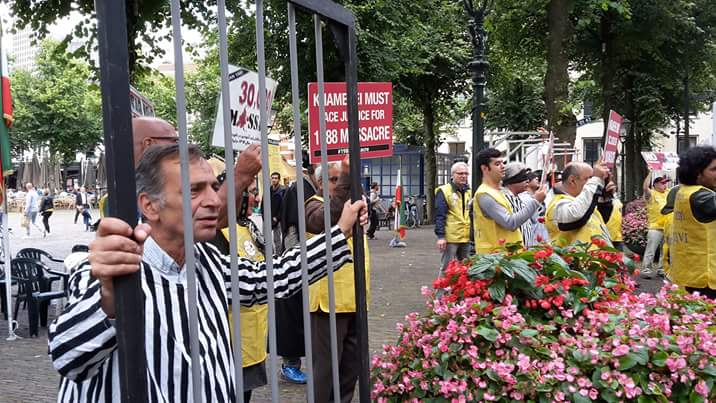