NCRI – Iranian-Americans held a rally outside the White House in Washington DC on Saturday to draw attention to the mass execution of political prisoners by the mullahs’ regime in Iran.

The Iranian-American supporters of the main Iranian opposition group, the People’s Mojahedin Organization of Iran (PMOI or MEK), called on the Obama administration to impose sanctions on the regime over its appalling human rights abuses.

Chanting slogans that called for an end to executions in Iran, the protesters remembered the 30,000 victims of the ‪#‎1988Massacre. In the summer of 1988, more than 30,000 political prisoners, primarily affiliated to the PMOI, or MEK, were mass executed in prisons across Iran. ‬

Not one regime official has been to justice for this crime against humanity to date.

The protesters called on the international community to prosecute officials of the mullahs’ regime for their role in the massacre. 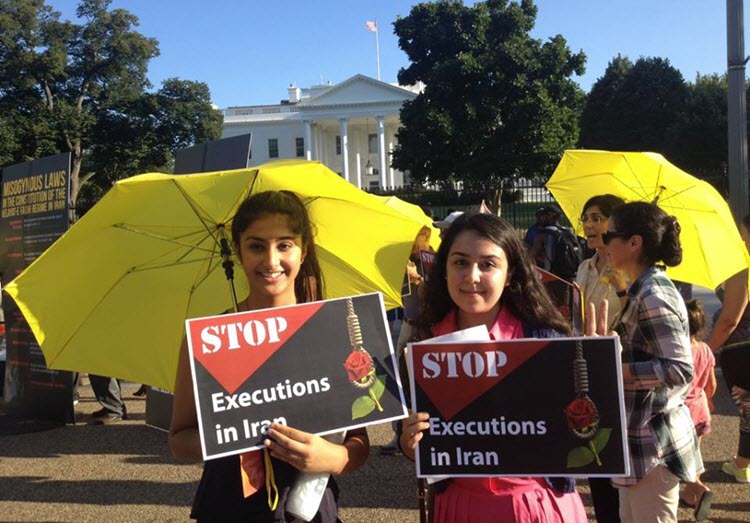 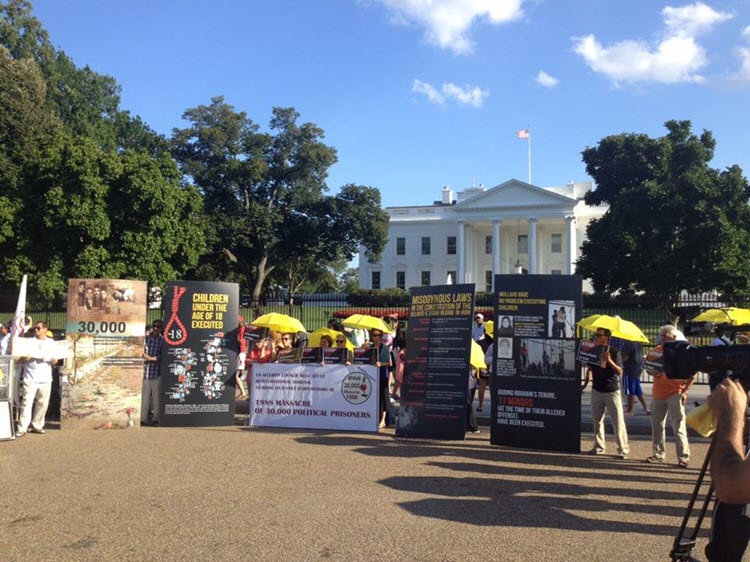 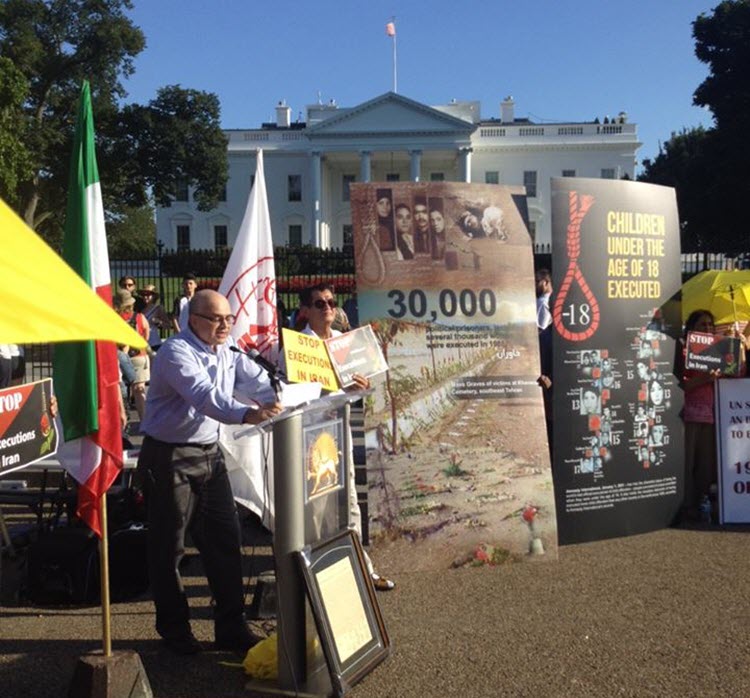 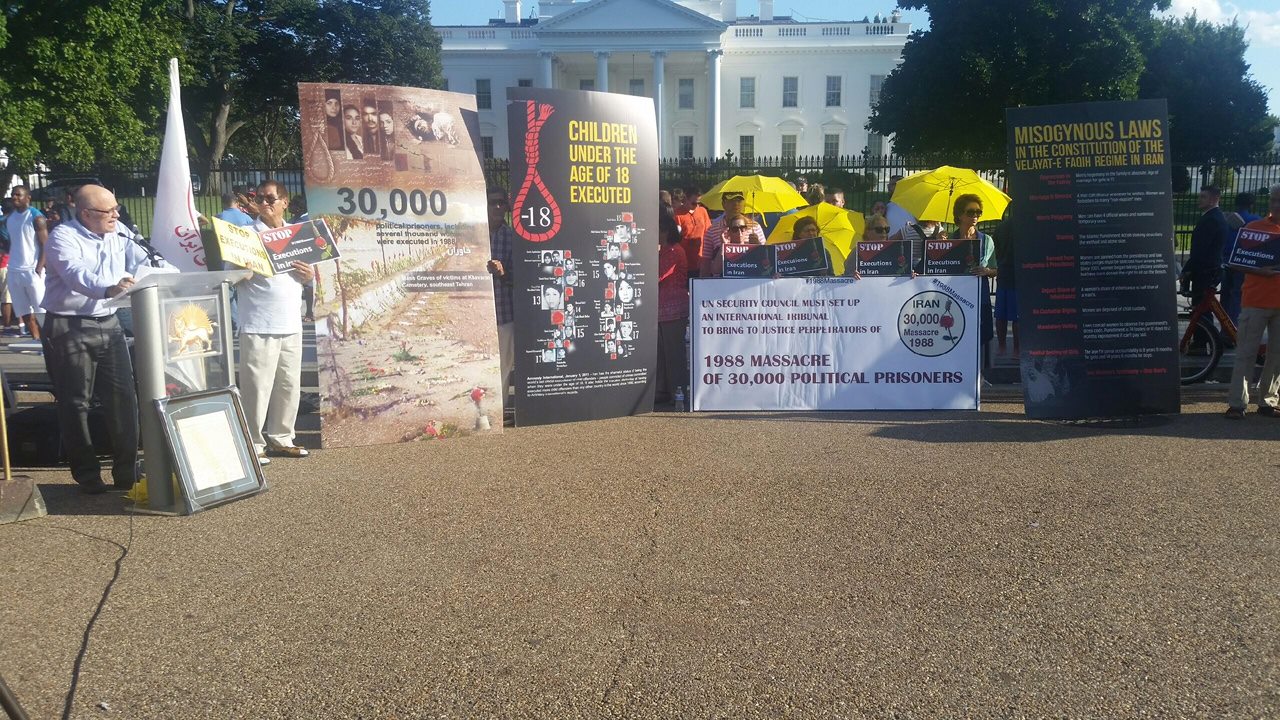 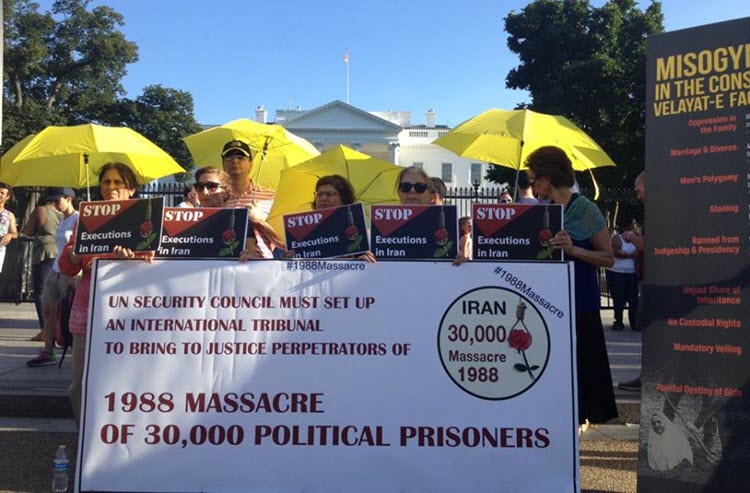