Iranians, MEK and NCRI Supporters Hold Rallies in Europe, US, and Canada on the anniversary of anti-monarchic revolution 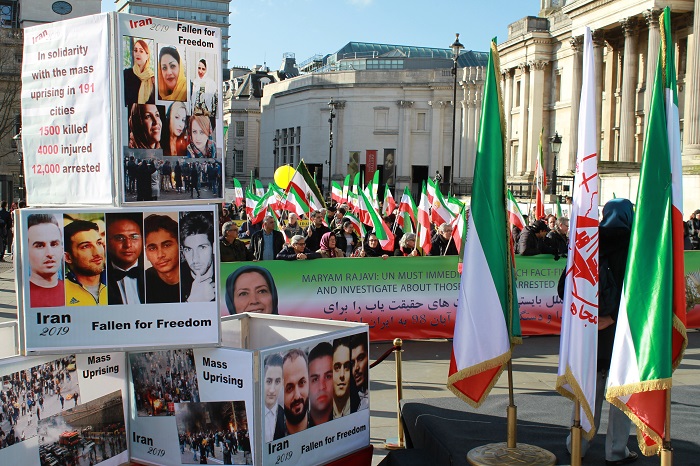 On Saturday, February 8, 2020, members of the Iranian communities and supporters of the People’s Mojahedin Organization of Iran (PMOI, Mujahedin-e Khalq or MEK) and the National Council of Resistance of Iran (NCRI) demonstrated in UK, Sweden, Canada, and the US on the anniversary of 1979 anti-monarchic revolution and in support of Iran Protests.

The demonstrators expressed their support for the call by Mrs. Maryam Rajavi, NCRI’s president-elect, on the international community to acknowledge the reality that the religious fascism ruling Iran does not represent the Iranian people and recognize the Iranian people’s right to overthrow this regime. 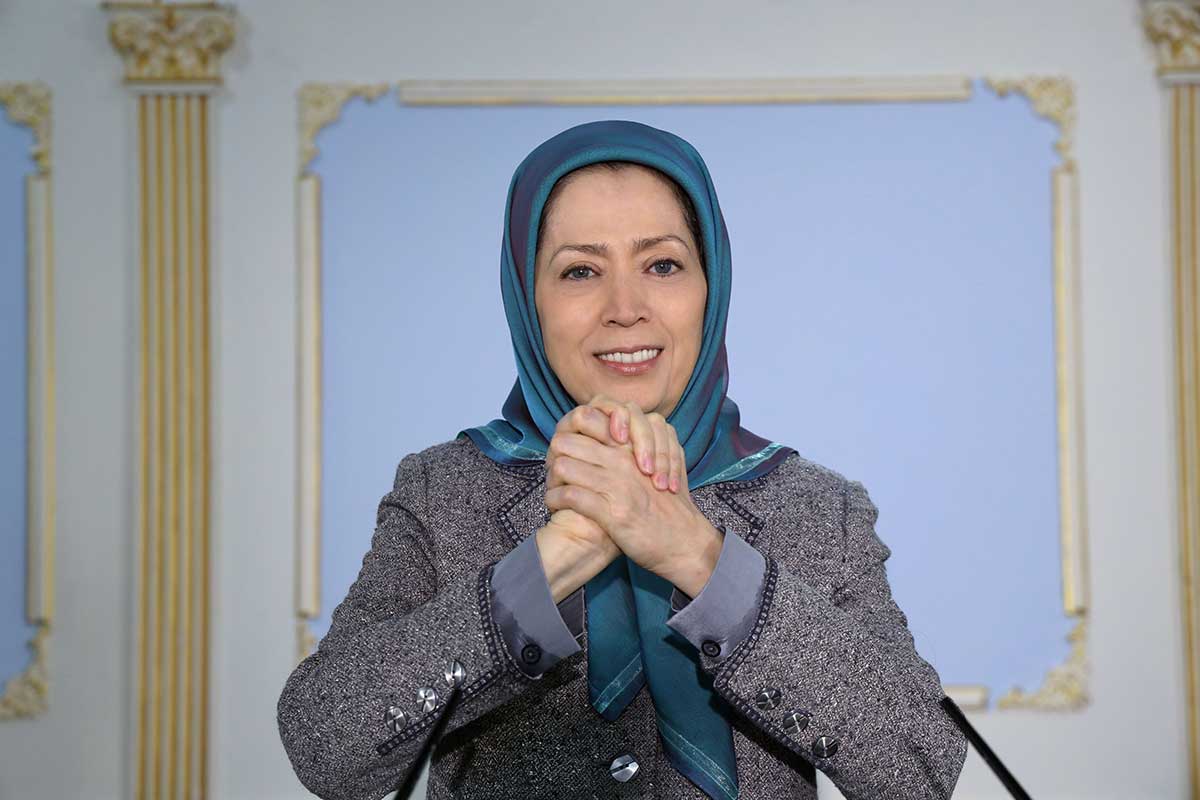 MEK and NCRI supporters also paid tribute to over 1500 martyrs of the nationwide Iran protests in November.

Mrs. Rajavi addressed the rallies via video messages. In her message to the demonstrators in Stockholm she said:

“Your gathering and rally today in Stockholm is a clear testament to the Iranian people’s relentless resolve to achieve freedom and to overthrow the inhuman clerical regime,” “Indeed, after 40 years of the mullahs’ rule, we are confronted with a country whose soil is destroyed, its air is polluted, its forests have been devastated, its lakes, ponds, and rivers have been dried and its environment destroyed,”

“After 40 years of the mullahs’ rule, Iranian people are vulnerable in the face of floods & earthquakes, victims of road crashes, distressed by poverty, forced to sell body parts and humiliated by unemployment, and drug addiction,” 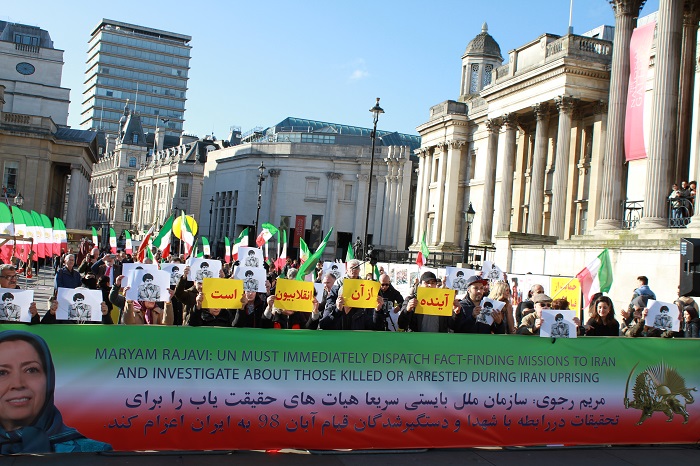 In London, Anglo-Iranians and supporters of MEK and NCRI hold a major rally in Trafalgar square. Several MPs addressed the rally.

In his speech, Dr. Matthew Offord, Conservative MP for Hendon and a leading member of the British Committee for Iran Freedom said: “The wave of popular protests across Iran that the world has witnessed for the last two years, which senior officials of the regime including the Supreme Leader admit are organized by the main Iranian opposition, the PMOI/MEK, and their resistance units show that the Iranian people assisted by their pro-democracy opposition are determined to take back their country and the 1979 anti-monarchic revolution that the mullahs hijacked 41 years ago. 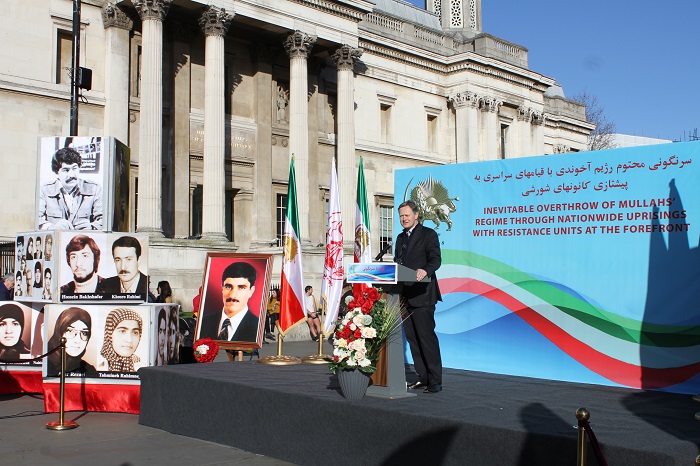 Iran’s broader opposition coalition, the NCRI, and its president-elect Maryam Rajavi have put forward a democratic alternative to the ruling theocracy that enjoys strong grassroots support in Iran and among Iranian diaspora.”

Another speaker of London rally was Mr. Mark Williams, former Liberal Democrat MP, who said: “Since the clerical regime usurped power in Iran four decades ago, it has turned the country into a large prison for the 80 million Iranians who dreamt of a better future. With their recent protests targeting the Supreme Leader and the regime in its entirety, the Iranian people are rejecting the theocratic rule in Iran, its domestic repression and its destabilizing role in the Middle East. The continuation of the protests is a validation of NCRI’s call for a democratic change in Iran by the people of Iran and a testament to the people’s determination to bring about this change and the UK Government must recognize this reality and back this popular quest for a free and democratic Iran.

“International norms, treaties, and conventions, and especially the universal declaration of human rights must be respected. I will stand beside you with my humble contribution, shoulder to shoulder as long as is needed.” 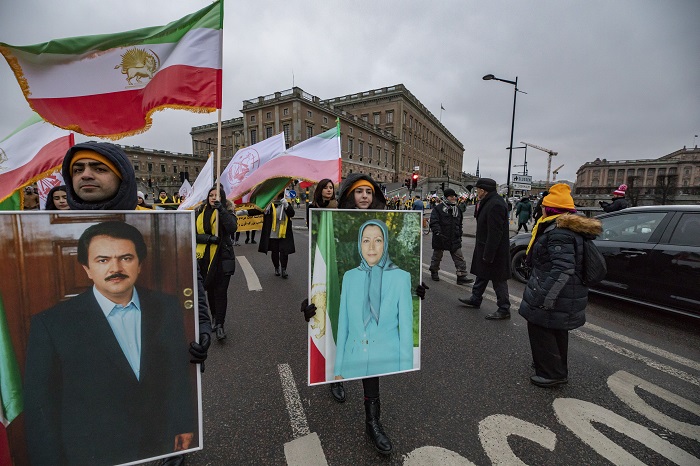 In Stockholm, a large crowd of Iranian participated in the rally. Several Swedish parliamentarians send solidarity messages to the rally. Mr. Paulo Casaca former member of EP, and Director of SADF, South Asia Democratic Forum, and Mr. Parviz Khazaei, representative of the NCRI in Nordic countries were among the speakers of the rally. 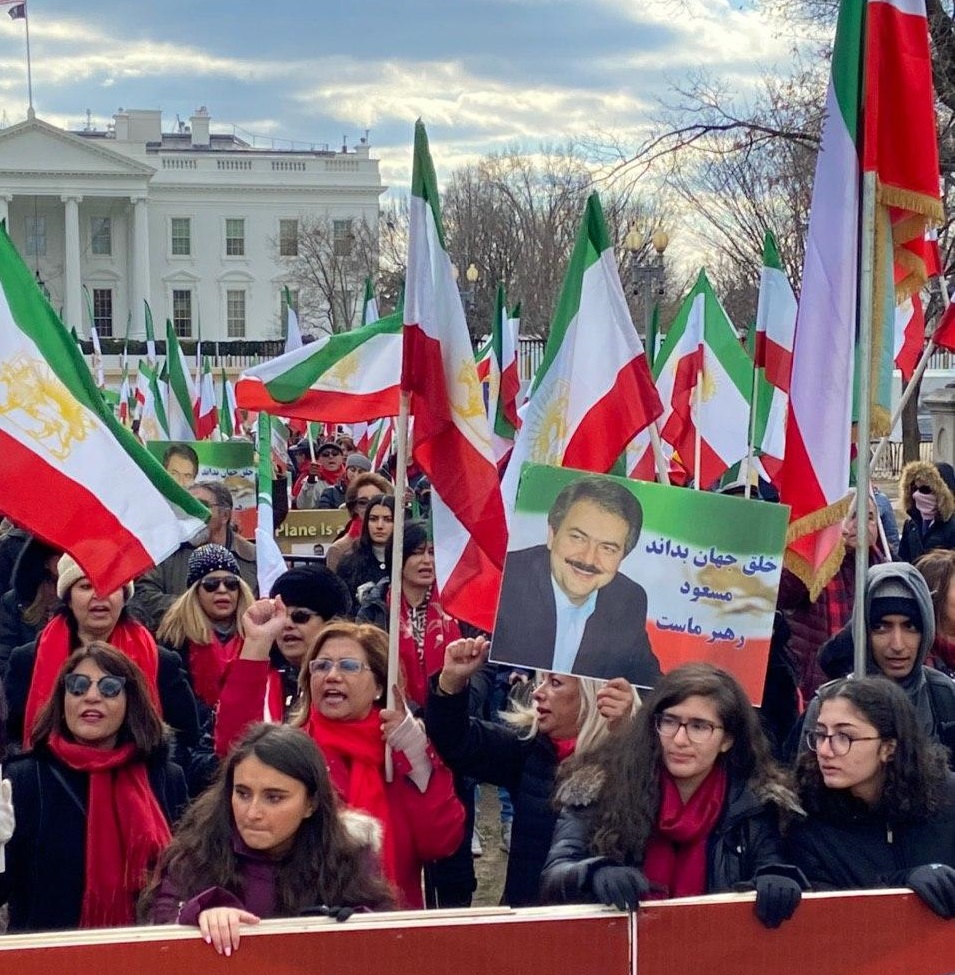 In Washington, a large crowd of Iranian Americans, gathered in Lafayette Park outside the White House to stand solidarity with protesters in Iran.

The former Congressman Ted Poe and Col. Wesley Martin, former US army senior anti-terrorism officer in Iraq, and Mrs. Soona Samsami, representative of the NCRIUS were among the speakers.

“We are witnessing Citizens of Middle East are finally coming out to protest against Iran’s interference in their country: IRGC and Qassem Soleimoni was responsible for scores of attacks on US interests including 600 Americans servicemen.” Said Martin.

“We believe all Iranians are born free and equal. They deserve freedom, democracy and the right to freely elect their government but dictators, be it Monarchs like the Shah or Mullahs believe otherwise… We have made a pledge to overthrow this regime and return to our people their rights and freedoms, a pluralistic government where the people and ballot box rules” said Mrs. Samsami. 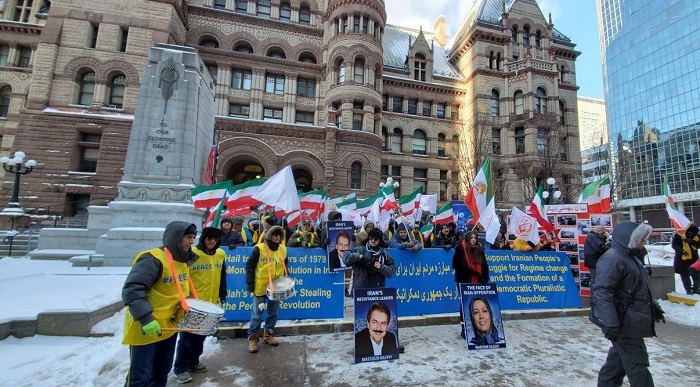 In Canada, the supporter of the MEK and NCRI staged a rally in Toronto, asking the international community to hold Iran’s regime accountable for its criminal acts and to stand with Iranian people.

In their demonstrations, the Iranian communities, throughout Europe, and in the US and Canada called on the international community, in particular the UK and the European Union, to condemn the clerical regime for its countless crimes and to stand with the Iranian people and their desire for the establishment of a pluralistic and democratic government.