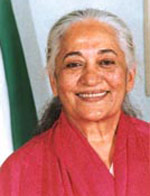 The British Parliamentary Committee for Iran Freedom sadly learnt today of the passing away of Iran’s legendary music diva “Marzieh”.

Marzieh, the country’s most prominent singer, was an icon of Iranian art for six decades.

She joined the National Council of Resistance of Iran in the 1990s and soon after became the arts advisor to Mrs. Maryam Rajavi, President-elect of the NCRI. Marzieh was also an active campaigner for the rights of Iranian opposition members exiled in Camp Ashraf, Iraq.

Marzieh stood up against the mullahs’ regime despite immense pressure against her and her family, and she continued her activities in support of the People’s Mojahedin Organisation of Iran and fought for people’s freedom.

The British Parliamentary Committee for Iran Freedom expresses its sincere condolences to the Iranian people and Resistance and in particular to Mrs. Maryam Rajavi and Ashraf residents at the loss of Iran’s diva of music.