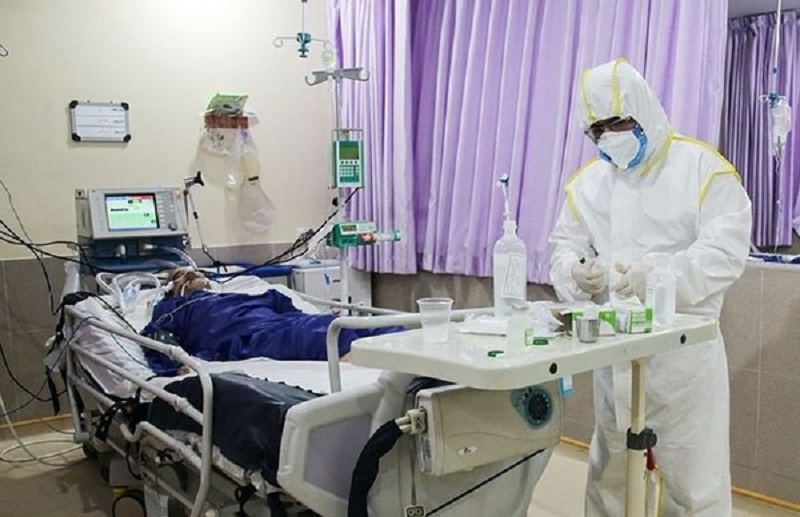 Since the coronavirus outbreak, the Iranian regime has been continuing inaction and cover-up. Different regime officials have warned of a possible public outrage and the role of the People’s Mojahedin Organization of Iran (PMOI, MEK) in exposing their inaction.

Engulfed with a domestic and international crisis, the coronavirus outbreak is indeed a security threat for the regime. In defiance to the regime’s inaction and cover-up, the MEK has been closely monitoring and announcing the real coronavirus death toll in Iran, which has so far surpassed 20,400. At the same time, dozens of the MEK’s Resistance Units and the organization’s supporters have lost their lives in helping the coronavirus victims.

The regime has tried to use the coronavirus as an oppressive measure and has increased its military presence and patrols across the forcing people to stay at home without providing them with financial support.

In a statement on March 11, the National Council of Resistance of Iran (NCRI) wrote that the MEK “announced that the death toll in Alborz Province has reached 120 victims. Several members of Resistance Units and MEK supporters, who had rushed to assist those infected, are among the victims, including Negar Siyah Mortazavi, Moharamali Esmaeeli, and Hassan Nayyeri in Karaj and Sorkh-e Hessar.”

These actions, along with the MEK and NCRI’s revelation of the true extents of the coronavirus crisis in Iran, while considered as a national duty by the MEK, its members and supporters, have further increased its popularity among people, particularly youth, and has highlighted the MEK’s intention and its leading role in guiding the Iranian society toward freedom and democracy. This however, has alerted the regime and infuriated its officials.

In this regard, in an interview with Khabar Fori website on April 6, 2020, Akbar Torkan, former Minister of Defense and Transportation under Rafsanjani and former advisor to Rouhani expressed his fear over the disclosures of the facts by the Iranian Resistance. “The new Iranian calendar year is going to be a tough one… in addition to Coronavirus, we have to watch out for the Tirana virus. We are now facing two viruses, one is Coronavirus, and the other is the Tirana virus, which is the capital of Albania. Some 1,500 members of the MEK are based in camps there, where they sit behind computers in the state-of-the-art halls waging psychological and internet warfare against the Islamic Republic every day. All members of the Monafeqin have been organized to wage psychological warfare against the Islamic Republic from there… They spread rumors and lies as much as they can.”

In an interview with the state-run IRNA news agency, Hamid Baidinejad, the regime’s ambassador to the United Kingdom, said: “The MEK’s network and other opponents of the Islamic Republic outside Iran are willing to force us into an intellectual deadlock, by designing a news and media policy.” He continued: “The MEK members and the opposition’s network have been pursuing predesigned propaganda to induce that [the regime] is on one hand and international isolation and countries are not willing to send urgent aid to Iran and on the other hand [the regime] is ready to reject the international aid, even at the risk of losing lives of the people. The main purpose of this propaganda is to create distrust among people and the [regime’s] officials.”  Baidinejad claimed this, while footages from Iran demonstrates how the regime stockpiles masks and disinfectants instead of distributing them among people.

The MEK’s revelations and its activities outside Iran debunk the regime and its apologists’ campaign of depicting the U.S. sanctions as the reason of the coronavirus outbreak in Iran and shed light on the regime’s devastating role.

The regime is in a deadlock. It is neither willing nor capable of resolving the coronavirus crisis. If the regime reveals the true dimensions of this crisis it has to face a popular uprising, and if it intends to help people the regime has to cut or at least reduce the budget it has allocated to its proxy terrorist groups or oppressive forces inside Iran, particularly the Revolutionary Guards (IRGC). On the other hand, if the regime continues its mismanagement, oppression and, lying, the Iranian society will erupt and there will be a popular uprising, in a direct connection with the Iranian Resistance movement.

The regime’s fear of a popular uprising was also reflected in the state-run newspapers.

On Tuesday, Iran-Emrouz state-run daily wrote: “We are going to have a major social upheaval after Coronavirus is over. The situation is not going to be calm. It is going to be exactly like the period after the 2017 elections (uprisings), and we are going to see repeated and powerful incidents.”

Also on the same day, Sharq state-run daily wrote: “(In light of) the events of November 2019 and January 2020 (Iran Protests) and the kind of slogans used at the time and the rate of participation in the February elections… if the situation continues this way… the tolerance of the national economy – given the current oil market, irreparable damage to people’s livelihood due to Coronavirus and increasing pressure on impoverished sections of society – will be seriously undermined.” The same daily reported yesterday that 15 million people, who get paid on a daily basis, together with their families that sum up 40 to 50 million, are the vulnerable population, and therefore, there is a more significant threat to society than the Coronavirus.

On March 14, the state-run Mizan News Agency, which is affiliated with the Iranian regime’s judiciary, published an analysis conducted by the “Asra think-tank” over the Iranian society’s current situation after the coronavirus outbreak, titled “Coronavirus and confrontation at several fronts.” This think-tank, which is affiliated with the regime’s supreme leader, Ali Khamenei, wrote: “With a severe shortage of goods and commodities, there is a possibility of a rebellion. But whether there will be national uprisings against the regime, the extent of the people’s resilience to the crisis should be mentioned. Crossing the line of resilience and the lack of a centralized crisis management mechanism can turn local and regional uprisings into nationwide uprisings. Linking the corona crisis in Iran with past developments, including November 2019, creates a rebellion process.”

In This regard, Mrs. Maryam Rajavi, the NCRI’s president-elect, said: “The official’s desperation and hysteria vis-à-vis the MEK and the Iranian Resistance, as they near the end of their regime, is quite evident and understandable.”

After Decades of Activism, Renowned UK MP Reiterates His Support of Iran’s People and Resistance