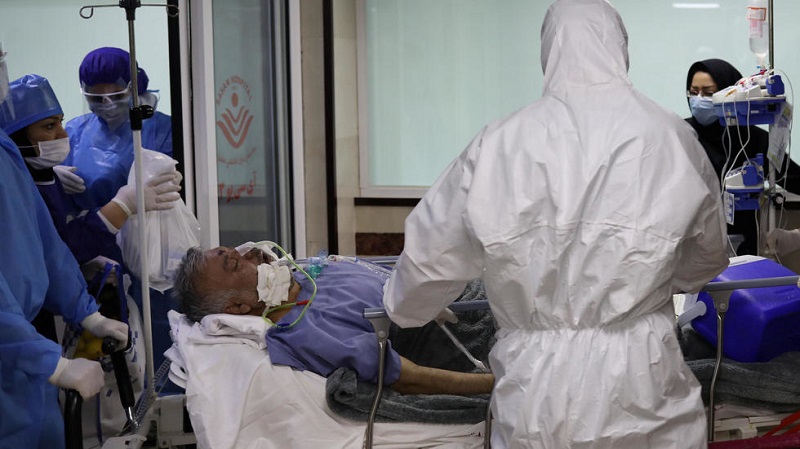 The Iranian regime’s officials, particularly its president, Hassan Rouhani, have been downplaying and covering up the coronavirus outbreak in Iran.

In his recent remarks, Rouhani blatantly declared on Sunday: “We have white (virus-free) provinces in the south of the country where there are no problems for schools to open. Bushehr, Hormozgan, Sistan and Baluchestan Provinces … can start their activities.”

This is while, according to the People’s Mojahedin Organization of Iran (PMOI, Mujahedin-e Khalq or MEK), the coronavirus death toll has surpassed 20,400 across Iran.

Rouhani’s recent remarks, the bogus claims by the regime’s top officials of a possible bioterrorism attack and the regime’s cover-up and inaction confirm that the regime has no intention to help the Iranian people.

As the coronavirus pandemic continues to spread across the globe, we witness governments, one after another, taking preventive measures and mobilizing all their power to combat this virus. People in Europe, United States, Asia, and other countries are quarantined and receive their salaries and help from their governments.

In Iran however, along with a cover-up and downplaying of the crisis, Rouhani announced April 11 as the start date for low risk “businesses,” to recommence “economic activities.” He said: We are using a step-by-step process to reopen the services.” “Starting from next week, the offices will start working with 2/3 of their employees, and a third will be allowed to stay at home.”

In a similar development, the regime’s Parliament blocked the submitting of an urgent motion for a month-long nationwide lockdown to prevent more deaths. This motion, which was signed by 80 deputies, opposed Rouhani’s order to return people to work (by next week). It was blocked for “violating the constitution.”

The Revolutionary Guards (IRGC) Brigadier General Ali Shamkhani, the Supreme National Security Council Secretary, said: “The false argument of ‘economy versus health’ should not stop us. Physicians and workers are the two main pillars of the strategy to overcome the crisis.” The blocking of the parliamentary motion and Shamkhani’s remarks show that the decision to send people back to work has been made by the entirety of the regime, particularly the regime’s supreme leader Ali Khamenei.

These remarks and criminal actions are being made while On Monday, April 6, Hamid Souri, a member of Iran’s Coronavirus National task force, in an interview with the Iranian regime’s official news agency, IRNA, said that over half a million people in Iran have contracted Coronavirus.

“The initial estimate was that between 30 and 60 percent of the population would be infected with the disease… The current estimate is that about 500,000 people in the country have infected with the coronavirus,” Souri said, adding: “But this is not an accurate figure because less-known and milder patients have not been identified yet.”

Since the coronavirus outbreak in Iran, the regime along with its cover-up, has depicted the U.S. sanctions as the main reason for the exacerbating state of the coronavirus crisis in Iran. Meanwhile the mullahs have rejected the U.S. and other countries’ aid, and the regime’s top officials have said that we do not need any help. Hossain Salami, head of the IRGC, went as far as offering help to the U.S.

In this regard, Mrs. Maryam Rajavi, the President-elect of the National Council of Resistance of Iran (NCRI), said: “The regime is terrified of the truth. The criminal decision by (the regime’s Supreme Leader Ali) Khamenei and (his President Hassan) Rouhani to order the people back to work will result in countless victims. Rouhani’s directive to resume ‘business and economic activities’ endangers the health of millions of Iranians.”

“Contrary to universally-recognized standards, instead of providing the minimum means of subsistence to the Iranian people by using the funds in economic entities controlled by Khamenei and IRGC, which have been stolen from the Iranian nation in the first place, the mullahs’ regime is sending the Iranian people to the altar of Coronavirus. Incompetence, pilfering, and tremendous class differences under the ruling theocracy aggravate the scope of the catastrophe every day,” she added.