On the Passing of Mohammad-Ali Jaberzadeh, Chairman of the NCRI’s Political and Strategic Studies Committee 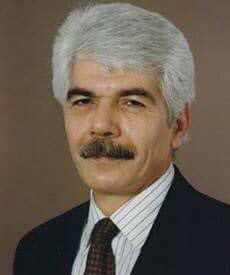 NCRI – Mohammad-Ali Jaberzadeh, one of the most seasoned and senior officials of the People’s Mojahedin Organization of Iran (PMOI/MEK) passed away on Saturday, February 11. He died in Paris after a long battle with various illnesses and health complications. He was 68.

Mr. Jaberzadeh was the Chairman of the National Council of Resistance of Iran’s Political and Strategic Studies Committee. During his 48-year-long ceaseless struggle for the liberation of the Iranian people, Jaberzadeh faced off with two dictatorships, first the Shah’s and later that of the velayat-e faqih (absolute clerical rule). He endured years of imprisonment and torture in the process.

After finishing high school in Isfahan, Jaberzadeh began his studies in law at Tehran University. He was one of the pioneering figures of the PMOI in the 1960s. After his arrest in May 1972, and for a lengthy period of time, he was placed under some of the most brutal forms of torture in the Shah’s torture chambers. His release came in 1979 in the course of the anti-monarchical revolution.

Following his release, Jaberzadeh took on various roles and responsibilities in the PMOI, including as an advisor to the organization’s political department and head of the public affairs department responsible for managing the PMOI’s newspaper, as well as its radio and television broadcasts. During the first post-revolutionary parliamentary elections, Jaberzadeh led the opposition list in Isfahan despite extensive electoral fraud committed by the regime to prevent the entry of PMOI candidates into parliament.

After the formation of the democratic coalition NCRI in the early 1980s, Jaberzadeh became the chairman of the NCRI Political and Strategic Studies Committee. He grew to become a highly skilled official in this post and made lasting and significant contributions to the Iranian Resistance.

His younger brother, Abbas-Ali, and sister-in-law, Soraya Senemari, were among the PMOI members who were slain on February 8, 1982, along with 18 other senior PMOI members and officials. Surviving them was the couple’s toddler.

On the occasion of Mr. Jaberzadeh’s passing, the Iranian Resistance’s President-elect, Mrs. Maryam Rajavi, expressed her deep and heartfelt condolences to the people of Isfahan, the family of the Iranian Resistance, and members of the NCRI, especially his colleagues in the PMOI. Mrs. Rajavi praised Jaberzadeh’s perseverance, iron resolve and unwavering commitment over the past five decades to the struggle to liberate the Iranian people. She also paid homage to Jaberzadeh’s ability to triumph over some of modern Iran’s greatest and most perilous tests and challenges.