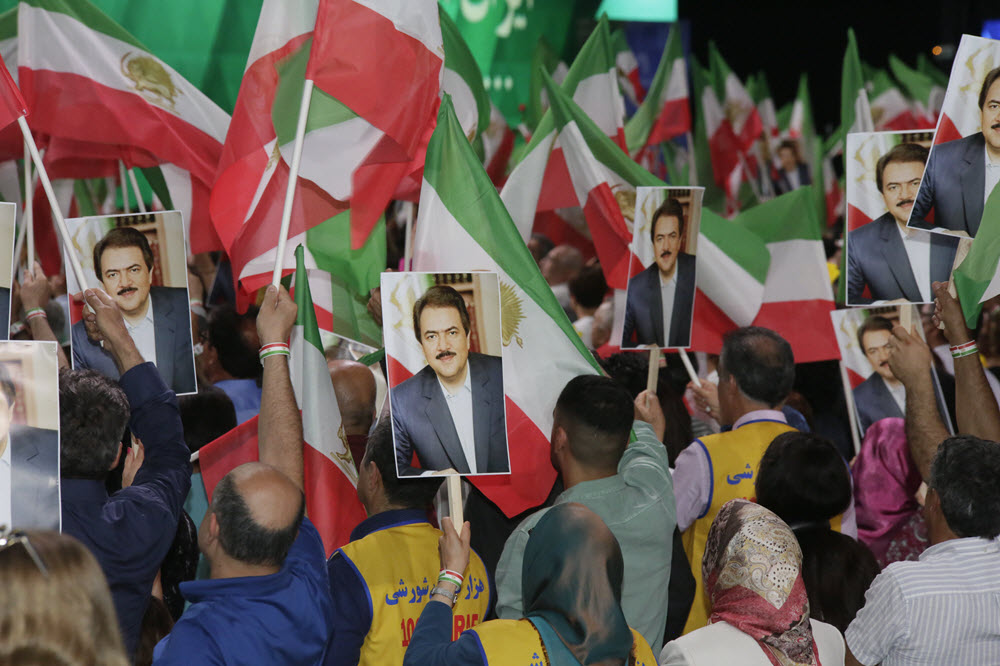 When the widespread protests and uprising of the Iranians started last year in December 2017 across more than 140 cities, the top authorities of the regime, held the People’s Mojahedin Organization of Iran (PMOI/MEK) accountable and thereby, threatened them with severe consequences!.

In fact, one of the revolutionary guards’ commanders named Ali Shamkhani (who’s also the secretary of the Supreme National Security Council of the Iranian Regime) announced on January 1, 2018 (which happened to be the 5th day of the nationwide protests): “The interference of some organisations from overseas is to prevent Iran from developing and to basically take it apart”. In reference to the MEK, he added: “Those responsible for the protests, will pay the price in an unexpected way”.

In a one-hour phone conversation held on January 2, 2018, Rouhani asked the president of France to take actions against MEK who reside there; which Le Figaro News also published about: “The officials of the Élysée Palace are saying that there’s never been a time where Iranian authorities haven’t brought the MEK issue into their conversations with France”.

On January 9, 2018, Khamenei emphasised on MEK’s role and contribution to the protests happening in Iran, and threatened that: “they won’t walk away with no consequences” and that “students or non-students who have added to recent conflicts will be talked to and enlightened, but the MEK will be dealt with separately”.

When the regime’s terror plot was revealed and halted on June 30, 2018, it became clear what the threats were all about. Given that the regime is obviously unable to handle the demands of the Iranian people, it assumes that its last resort would be to hit the MEK with a massive blow of terror, in hope that it would prevent it from subverting the regime anytime soon.

In an announcement from June 11th, the federal prosecutor of Germany stated that their judiciary has issued an arrest warrant for Asadollah Asadi (i.e., the terrorist diplomat of Iran’s Mullahs) due to charges relating espionage and intent to murder. According to this report, Asadi had given 500 grams of explosive TATPs to a couple residing in Antwerp back in March, and had also asked them to execute the terror plan over the big rally of Iranians in Paris, on June 30, 2018.

Two weeks before the rally, the regime’s authorities had publicly made another series of threats against the MEK, which suggests that they’ve not only been planning the attack from months ago (around Jan-Feb2018), but have also been confident in their ability to succeed and show off; which is evident in the words of Javad Karimi Ghodoosi, a member of the Security Council as well as Foreign Politics, who on June14th, spread false news that: “John Bolton, an advisor of the US president, has declared that it has a surprise in store for Iran, which is going to be revealed this month”.

On Monday June 19, 2018, Hesamodin Ashna, a former deputy of the regime’s Ministry of Information and an advisor of president Rouhani, published a twitter post in which he made vague threats against the leader of the National Council of Resistance of Iran (NCRI); this was followed by several other reports, in which some media platforms were also talking about the “evil intentions of NCRI.”

NCRI reports that: “the terror plots were devised by Iranian regime’s supreme leader, president, foreign and security ministers, the secretary of the Supreme National Security Council, the leaders of the Revolutionary Guards, Quds Force, and the Ministry of Information, at least months in advance”.

All of this proves just how weak the regime is feeling and how desperate it is to delay its overthrown; though it hopes to prolong its survival by damaging its alternative “NCRI” and its leader “Maryam Rajavi”, it must know that the people of Iran will continue to fight and that whatever plot it has, will be taken to its grave with it.

Majid Hariri, born on 1958 inTehran, has studied at the Faculty of Engineering of Tehran University. He began his political career against the Shah’s dictatorship and in support of the democracy movement and was arrested and imprisoned for some time by SAVAK.