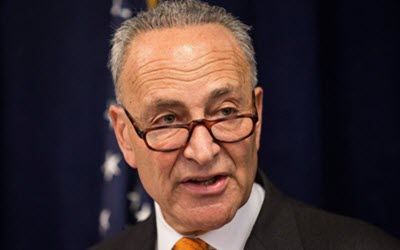 NCRI – Senator Chuck Schumer, the senior U.S. Senator from New York and Chairman of the Senate Democratic Policy Committee, expressed his hope that the Iranian people could be set free from this “awful regime.”

Lauding the true values of the Iranian people – “hardworking, well-educated, and family-oriented” – he expressed his solidarity with the huge crowds who gathered in Paris on July 9 at the “Free Iran” rally under the banner of the National Council of Resistance of Iran (NCRI) and the People’s Mojahedin Organization of Iran (PMOI or MEK) to call for a free and democratic Iran.

Senator Schumer noted the positive impact of success for the Resistance in Iran, adding that a free and democratic Iran would be “a beacon of strength not only in the Middle East and Central Asia, but to the whole world.”

Parts of the text of Senator Schumer’s message to the rally were published by the Washington Times on July 14.