Statement by 80 Church leaders from the U.S. and UK 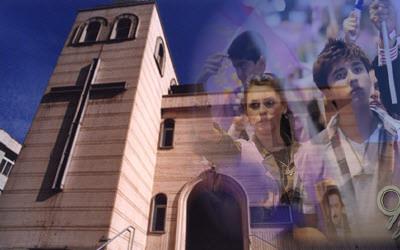 Statement by 80 Church leaders from the U.S. and UK in support of the Iranian opposition’s July 9 gathering in Paris

Nearly 80 Church leaders and personalities from the United Kingdom and the United States have signed a declaration expressing deep concern over the suppression of Christians in Iran and urging Western governments to condition any improvement of relations with the Iranian regime to an improvement of the human rights situation including the situation of Christians in Iran.

The Bishops, including John Pritchard, former Bishop of Oxford; and Rachel Treweek, the Bishop of Gloucester who is the Church of England’s first diocesan bishop, and priests reiterated that the suppression of Christians in Iran has increased during Hassan Rouhani’s tenure.

The bishops and priests declared their support for the major “Free Iran” gathering on July 9 and its objectives in the run-up to the anniversary of the P5+1’s nuclear deal with the Iranian regime.

They added: “The time has come for us to listen to the wishes of the Iranian people for freedom, including religious freedom, and to add our voices to the grand international gathering titled ‘Free Iran’ that is to be held on July 9, 2016 in Paris to promote freedom and human rights in Iran.”