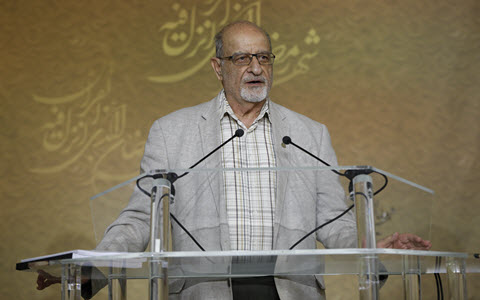 Heitham Maleh, Chairman of the Syrian National Coalition Legal Committee, delivered a speech in this meeting.

“Unfortunately there are those who sought Khomeini to become a messenger of peace, yet he established the devil’s rule, leading to terrorist cells aimed at destroying anything and everything, all in Iran’s interests. This regime acts as the head of a snake in the entire region. The region’s main crisis is the mullahs’ regime in Tehran,” he said.

“Along with our brothers in the Iranian Resistance we have prepared a statement against Iran’s Revolutionary Guards and sent it to the United Nations Security Council. Our Iranian brothers in Washington are working on the piece. We have also sent a similar statement to the Organization of Islamic Cooperation to suspend Iran’s membership in the region. We are coordinating with the Iranian Resistance in this regard and they are aware of this issue,” Maleh added.

“We have sent six letters in over 1,200 pages to the UN all regarding Syria. We have also sent over 500 pages to international organizations.
These two books cover the year 2017, which I present to the Iranian Resistance at the end of this speech,” he added.