The Grand Rally for the National Council of Resistance of Iran (NCRI): Solidarity Brings About Change 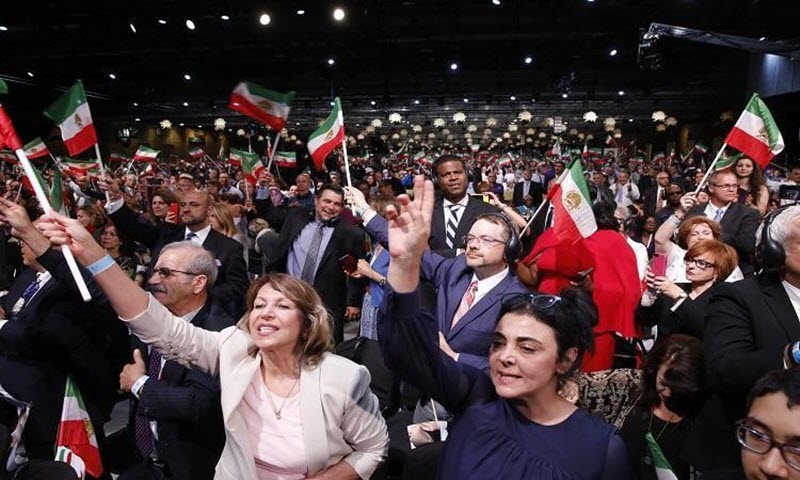 Since Khomeini’s consolidation of the Iranian Revolution, the neighbouring countries have been the sad witnesses of the growing dominance of an Islamic caliphate in Iran.

Looking at the past 39 years, one can clearly see that the history of Iran’s regime is filled with terrorism, warmongering, massacre, promotion of fundamentalism, and consequent tensions and conflicts.

We can all see how Al-Qaeda, Lebanon’s Hezbollah, Yemen’s Houthis, and other terrorist alike, have all been affiliating with Iran’s regime either directly or indirectly.

The observed conflicts across Muslim countries and the terrorist provocations against Arabic countries, are all led by Tehran.

However, we look at it, Iran’s regime is the main enemy of Middle East’s stability and freedom.

In Middle East, the real schism is not between Shia or Sunni, or Muslim and non-Muslim, or Arab and non-Arab; it is between Iran’s regime and the rest of the countries; which is why it’s best to create an opposition that can stand against this terrorist and fundamentalist regime.

In a conference held on 15th November 2013, Jordan’s parliament declared its unity with the National Council of Resistance of Iran (NCRI); in which NCRI’s President Maryam Rajavi, said: “We are uniting against the destructive forces of Mullahs who are planning to set the entire region on fire. We hereby invite Arabs and Muslim countries to join us in this union”.

“Solidarity”, is the united voice of NCRI, which for years has stood against the regime’s propagation of monopolisation; the solidarity of Iranians will once again be demonstrated this year, in our upcoming rally in Paris.

United for “the regime change and Iran’s freedom”