Twenty MEPs: Reject Iran-Belgium Treaty for the Sake of Peace 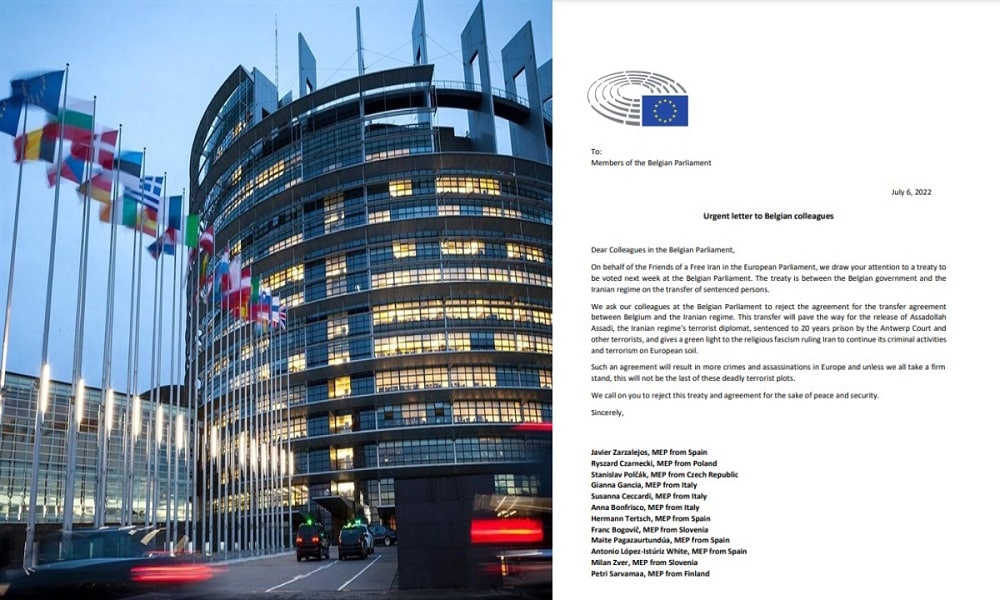 To:
Members of the Belgian Parliament

Dear Colleagues in the Belgian Parliament,

On behalf of the Friends of a Free Iran in the European Parliament, we draw your attention to a treaty to be voted next week at the Belgian Parliament. The treaty is between the Belgian government and the Iranian regime on the transfer of sentenced persons.

We ask our colleagues at the Belgian Parliament to reject the agreement for the transfer agreement between Belgium and the Iranian regime. This transfer will pave the way for the release of Assadollah Assadi, the Iranian regime’s terrorist diplomat, sentenced to 20 years in prison by the Antwerp Court and other terrorists, and gives a green light to religious fascism ruling Iran to continue its criminal activities and terrorism on European soil.

Such an agreement will result in more crimes and assassinations in Europe and unless we all take a firm stand, this will not be the last of these deadly terrorist plots.

We call on you to reject this treaty and agreement for the sake of peace and security. Sincerely,

Previous article
Urgent Appeal to the Government of Belgium
Next article
Iran News in Brief – July 12, 2022