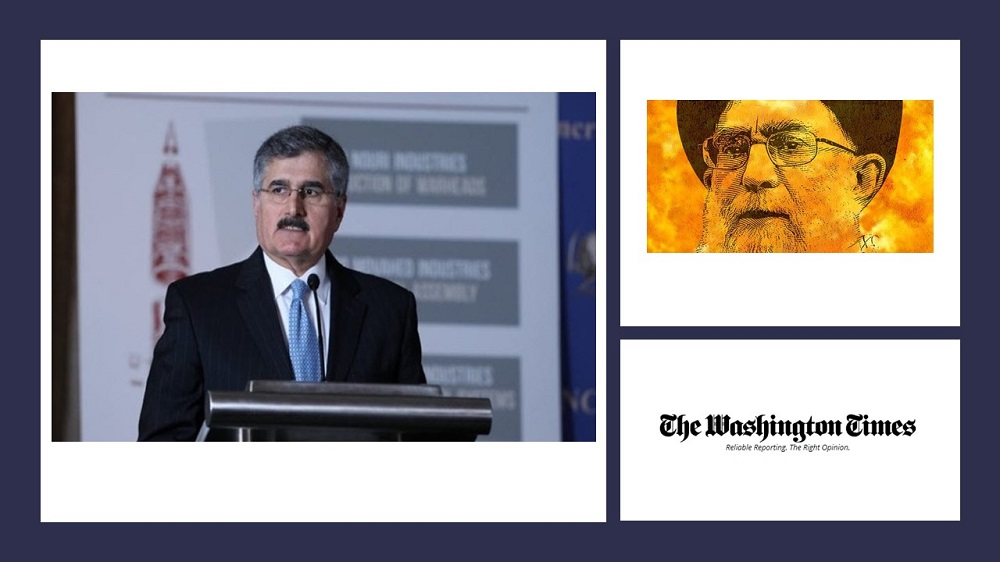 Iran’s regime is doomed, desperate and dazed. For weeks, the people of Lebanon and Iraq have risen up against its destructive meddling. And, now for nearly a week, the Resistance, and his advice to protesters in different parts of Tehran pic.twitter.com/cPOP3FNSm2

In a press conference on November 24, Ali Shamkhani, the secretary for the regime’s Supreme National Security Council, said, “These people were connected to governments and the Mujahedin-e Khalq (MEK) … I believe 34 MEK members have been arrested so far. A vast network of individuals, operating not under the MEK’s name, but pursuing their line and modus operandi were also identified.”

Unlike some of its neighbors, Iran has a viable alternative to replace the mullahs, in the form of the National Council of Resistance of Iran (NCRI), which has been advocating for a secular, democratic and free Iran, summed up in the Ten-point Plan by its president-elect, Maryam Rajavi. It has won the praise and support of thousands of parliamentarians, human rights activists and prominent personalities and former officials around the world, Dr. Safavi wrote.

The Iranian people are ready for freedom. They are capable, have an alternative and are not afraid to make the ultimate sacrifice. Rest assured, Iran’s democratic destiny is firmly in the hands of its rebellious youth. All they ask is for the world to condemn the regime’s crimes against humanity and to support their cry for freedom, he added.

Previous articleIran Protests: Thirteenth Day of the Uprising for Regime Change
Next articleShocking Admissions on the Iran Protests by the Regime’s Interior Minister