Iran Protests: Thirteenth Day of the Uprising for Regime Change 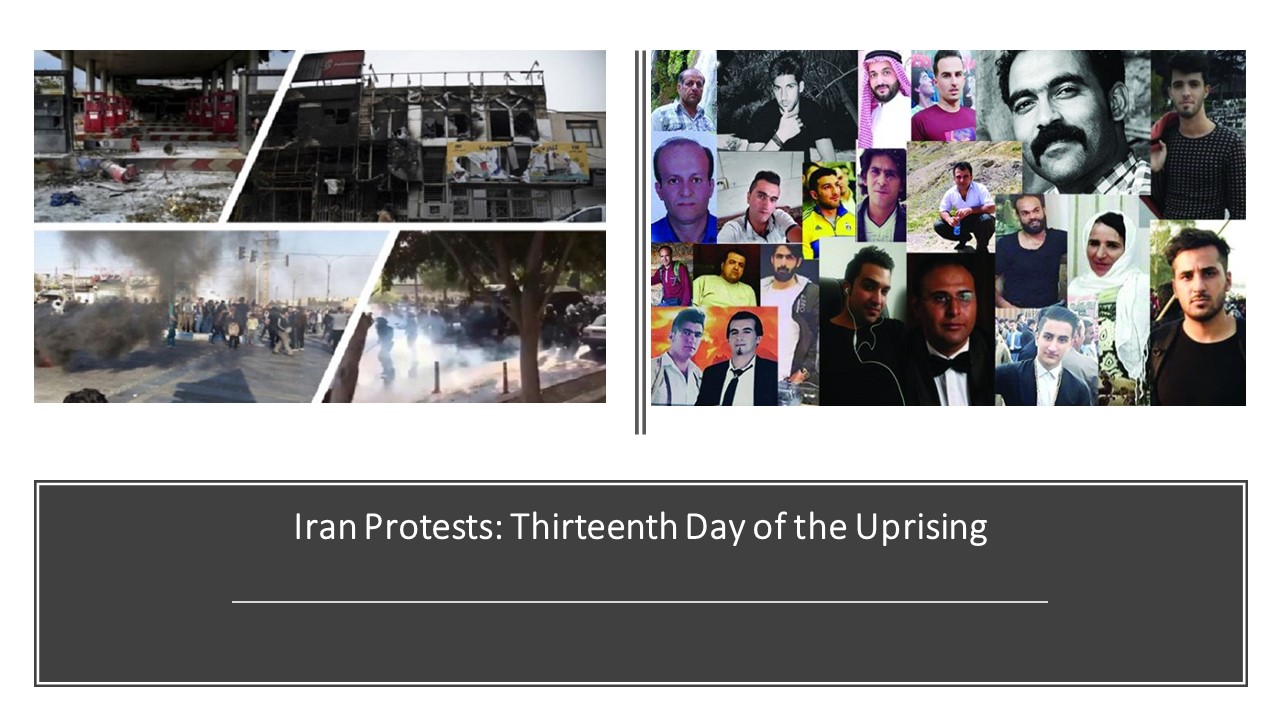 The content of this page will be updated with the latest news of the opposition PMOI/MEK network of “Resistance Units” & supporters expressing their support for movement leaders. of People

— NCRI-FAC (@iran_policy) has been rocked with nationwide for for nearly two weeks. The nationwide uprising extended into its thirteenth consecutive day on Wednesday, November 27. regime’s crimes against humanity- The wave of arrests is continuing. Tehran’s prisons, including Evin and Fashafouyeh are overflowing with detainees and facing severe space shortage. now on : Number of killed surpasses 450-List of 154 victims from 36 cities identified

— NCRI-FAC (@iran_policy) -Horrific crime by the in Gorgan: defiant youth shot to death at point-blank range, struck with ax