Everyone Group: Statement of Solidarity With the Recent Uprising of Iranian People 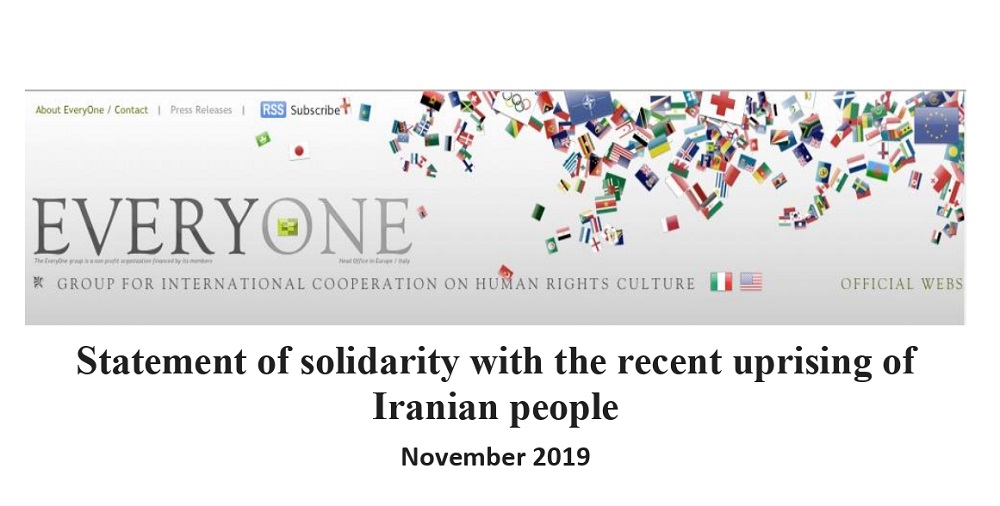 Following the will impact the entire region, in preventing the expansion of terrorism&extremism.
Rallies in Solidarity with the Uprising of the people. in various cities around the world.
A Call on the intl community to condemn regime’s brutal crackdown &to support for democracy. pic.twitter.com/IBDGyYH4WT

We urge the United Nations and the international community of human rights defenders to strongly condemn the suppression of the Iranian people’s protests and call on the United Nations to urgently send a UN delegation to investigate the situation of the martyrs, the injured, the arrested and imprisoned people in Iran. 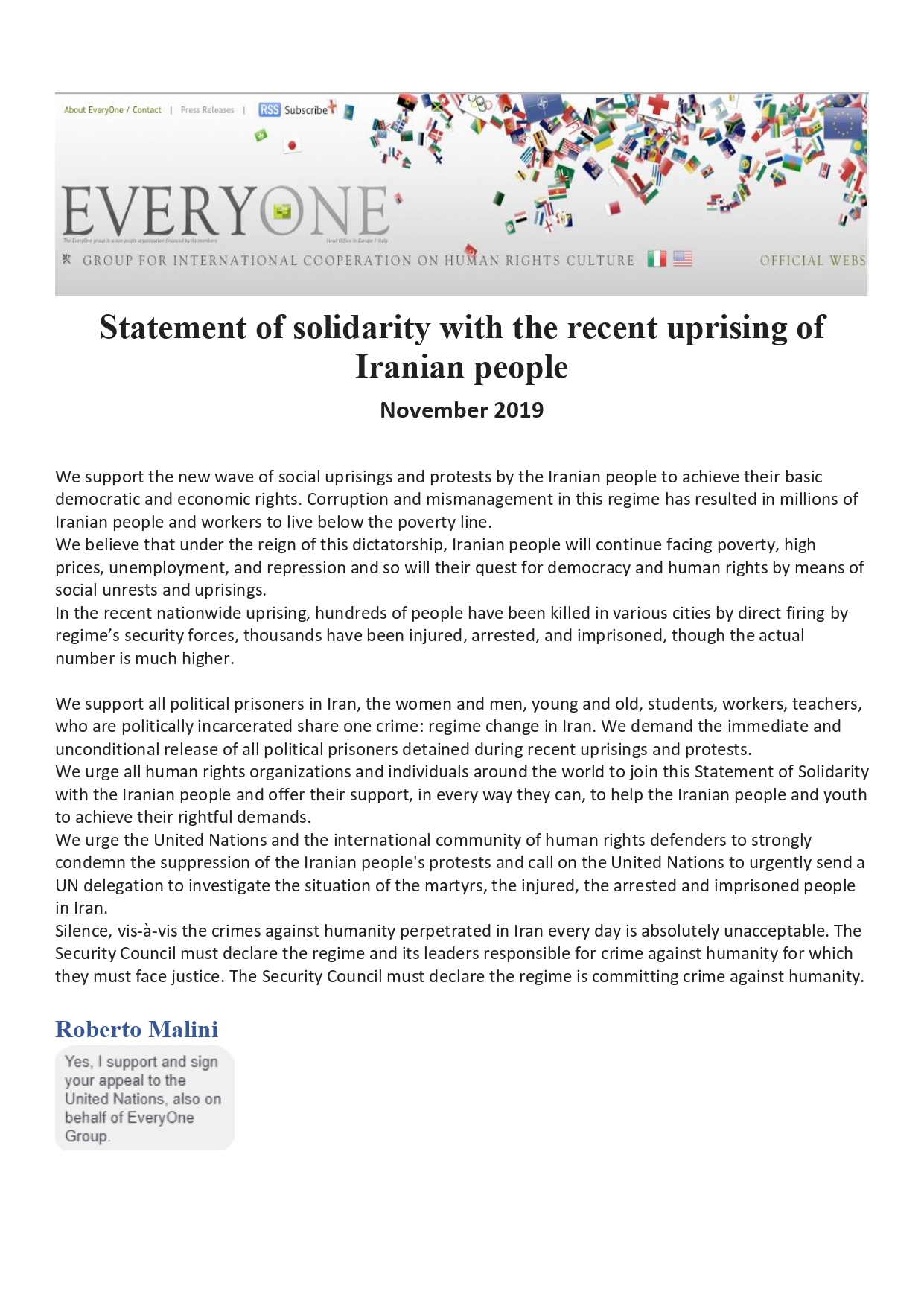 Previous articleThe League of Poets: Statement of Solidarity With the Recent Uprising of Iranian People
Next articleIran Protests: Thirteenth Day of the Uprising for Regime Change