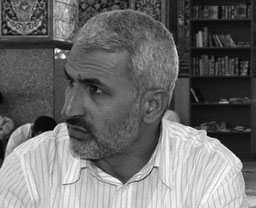 NCRI – The head of the IRGC’s public relations office, General Ramazan Sharif confirmed on Thursday that IRGC Commander Hassan Shateri was killed when he was going in en route of Damascus- Beirut, Fars news agency reported.

Sherif identified Shateri as a Revolutionary Guards commander who was also head of the Iranian Committee for the Reconstruction of Lebanon.

The U.S. Department of the Treasury on August 3, 2011 designated “The Iranian Committee for the Reconstruction of Lebanon (ICRL) and its director, Hessam Khoshnevis, for providing financial, material, and technological support” for “terrorism and terrorist organizations.”

A strong ally of Bashar al-Assad regime, Iranian regime often refers to Syrian rebels as “terrorists”. Members of Iranian regime’s Revolutionary Guards have been involved in attacks against the Free Syrian Army (FSA).

Brigadier General Salim Idris, Chief of Staff of the Free Syrian Army (FSA), said last month that FSA soldiers released during prisoner swaps in Damascus had been interrogated by the agents of Iranian regime.

The Syrian Observatory for Human Rights said Shateri was shot dead by “rebels” while he was en route from the Syrian capital to Lebanon.

“We do not know exactly where he was shot, but we do know that a rebel group ambushed his vehicle while en route from Damascus to Beirut,” Britain-based Observatory director Rami Abdel Rahman told AFP.

The embassy statement did not elaborate on the circumstances or the exact location of his death.

Previous articleIran: Two executed in Arak on the 2nd anniversary of the 2011 February uprising
Next articleMembers of Bahrain Parliament condemn attack on Camp Liberty