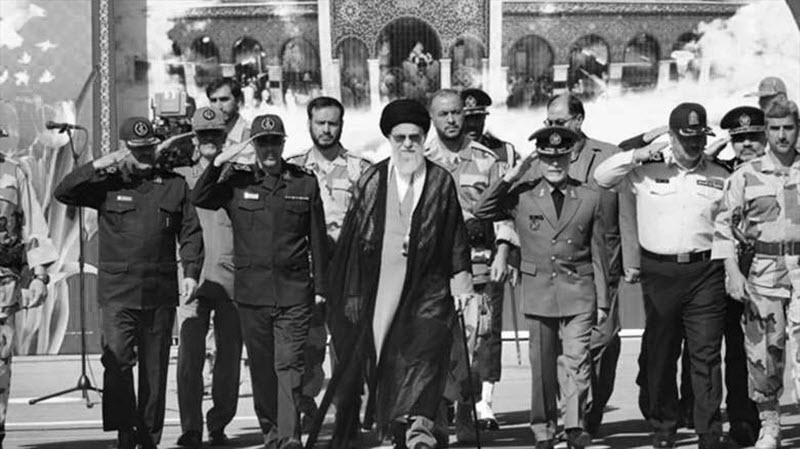 The 40th anniversary of the 1979 anti-monarchic Revolution will be next month. The Iranian regime is planning to make a big deal of this milestone and it is taking great pains to make these 40 years look like they have been a success.

Throughout the past four decades, the Iranian regime has only destroyed the country. There are numerous social issues including a high rate of drug use and an increasing number of people are falling under the absolute poverty line. Environmental issues are worsening and the regime is failing to acknowledge them. The levels of unemployment are very concerning and the economy is failing.

Furthermore, the level of discontent in the country is very high and the people are so exasperated with the clerical regime that they are calling for regime change. Corruption is rife at all levels of leadership and billions of dollars are spent on the export of terrorism and countless acts of belligerence across the region.

Considering all of this, it is surprising to hear the regime’s upbeat take on the past four decades. A member of the Guardian Council, mullah Mohammad Yazdi, said: “In these 40 years 400 years’ worth of service has been rendered to this country and we have had 400 years’ worth of growth and progress; technology, gadgets, various equipment, population and lifestyle, and now it is totally different from the past.”

The only winners in the past 40 years have been regime officials. The biggest of all, economically, is the regime’s leader Ali Khamenei. He has a fortune worth around $95 billion. Of course this is because of his corrupt practices. Other members of the regime also have massive personal fortunes, in particular the Iranian Foreign Minister Javad Zarif and the Speaker of Parliament Ali Larijani who have used their positions to gain a personal fortune of tens of millions of dollars.

While the regime plunders the nation’s wealth, the people are getting poorer and poorer. So many people cannot even afford the most basic of essentials. There is no respite on the horizon as employment levels drop. Recent estimates suggest that 3 million Iranians are able to work, but cannot find employment. And of this number, around 40 per cent have recently graduated.

Since the seventies, the per capita GDP in Iran has gone down by over 30 per cent in real terms. The value of the national currency, the rial, has also declined dramatically, as has the purchasing power of the people.

The World Bank ranks Iran’s economy as the 27th place in the world. Forty years ago, it was in 17th position. This represents one of the most dramatic declines in history.
The people of Iran are now 30 per cent poorer than they were in 1979.

It is clear that the people are concerned about their future and it is no surprise that they have taken to the streets to protest against the widespread corruption and the clerical regime’s mismanagement. While the regime celebrates its 40th anniversary, it should also be concerned about whether this will be the last one to “celebrate” because the people are determined to get rid of them so that Iran can finally prosper once again.