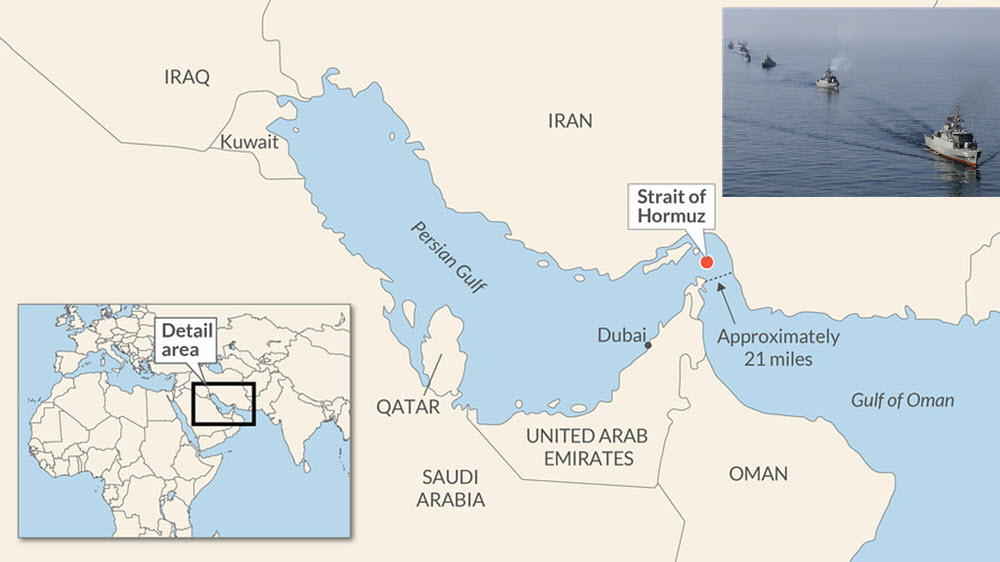 The Iranian Regime has threatened to close the world’s busiest shipping lane in response to the US decision to remove the sanctions waivers on the country from May 2.

On Monday, Secretary of State Mike Pompeo vowed that the US would not extend sanctions waivers on eight countries – China, India, Japan, South Korea, Taiwan, Greece, Italy, and Turkey – who had been allowed to keep buying Iranian oil after the sanctions snapped back last November.

The sanctions came into force after the US withdrew from the nuclear deal, citing Iran’s violation of the UN resolution surrounding the deal.

What did Iran Regime do?

Alireza Tangsiri, a commander in Iran’s Islamic Revolutionary Guard Corps (IRGC), which was recently designated a terrorist organisation by the US, vowed that they would block off the Strait of Hormuz, severely impacting the flow of goods, especially oil. This would make shipments more dangerous and more expensive.

Tangsiri said: “We will close it. We will defend our honour and wherever it comes to defend Iran’s rights, we will retaliate.”

On Tuesday, a US State Department official urged Iran to keep the strait and the Bab al-Mandab waterways open and “respect the free flow of energy and commerce, and freedom of navigation.”

The Strait of Hormuz

This is a narrow waterway linking the Persian Gulf with the Gulf of Oman and the Arabian Sea. It is only 21 miles wide at its narrowest point and the width of the shipping lane in either direction is just 2 miles, which makes it seemingly easy to shut off.

All oil tankers carrying oil from ports on the Persian Gulf pass through the strait, which amounts to roughly 18.5 million barrels of crude and refined products per day or about 20% of all oil produced globally, according to the U.S. Energy Information Administration.

Could Iran regime close the strait?

First, it’s important to know that the Iranian regime has threatened to close the strait many times in the past, but has never followed through. One of the big reasons for this is the presence of the US Fifth Fleet, which is based in Bahrain.

This would make it difficult for the Iranian regime to close the strait because they would immediately come under threat from the US Navy and because key oil importers, like China, would likely turn against Iran.

This is most likely just regime’s attempt to make empty threats (and possibly conduct military exercises) with the hope of scaring the US.

Rockford Weitz, professor of practice and director of the Fletcher maritime studies program at Tufts University, said: “I think that Iran is looking at this as its one card — its trump card so to speak — where it could really disrupt oil prices in the short term.”