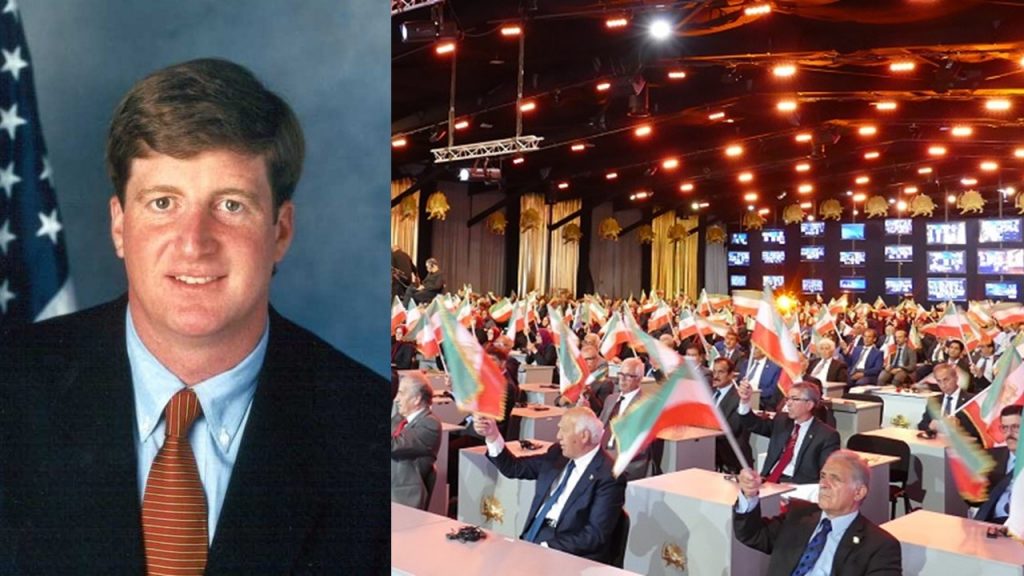 According to reports tallied by the People’s Mojahedin Organization of Iran (PMOI/MEK), nearly 83,000 people have passed away due to the COVID-19 outbreak in Iran. The regime’s deliberate inaction and cover-up are the main reasons for the rising COVID-19 death toll.

The Iranian regime denied the existence of virus in Iran to hold its sham parliamentary elections and use the novel coronavirus as a repression tool to control the Iranian society. This was later confirmed when the regime started to downplay the crisis, quickly forcing people back to work and instead of helping them, blaming the rapid spread of the virus on poor Iranian people.

But the MEK’s Resistance Units have been spreading a message of hope and keeping the flame of the November 2019 Iran protests alive. The Iranian Resistance’s efforts in giving the real information about the COVID-19 outbreak in Iran to the international community and echoing the Iranian people’s voice and desire for regime change has not stopped because of the pandemic.

In this regard, the National Council of Resistance of Iran (NCRI) held a virtual conference in July and connected 30,000 locations to Ashraf 3, the MEK camp in Albania. This event was attended by over 1000 personalities from the four corners of the world and different political tendencies.

. @PJK4brainhealth: Iran’s regime, as the leading state-sponsor of terrorism, is a threat to justice and peace everywhere around the world. So, this is a fight of all human beings. #FreeIran2020 https://t.co/gxbTMaWRd4

The following is the full text of his speech at the NCRI”s “Free Iran Global Summit:”

Hello, all my friends in Tirana in the new Ashraf. It is so good to be with you virtually. What a great inspiration you have all been in carrying on this message of freedom and hope because you have literally had to rebuild your culture and your home many times over in Iraq after the bombings in Iraq by the Iranian puppets. And now that you are in Tirana, how beautiful it is that you are in Tirana, but the future Ashraf will be in Tehran. And that is where we will meet next time we have a meeting like this, provided we can extinguish the virus.

The virus of religious fascism has made the people of Iran very sick and has cost the lives of millions of Iranians. The virus of the mullahs of religious fascism needs to be extinguished. And we know that the principles of Madame Rajavi, we know the principles of NCRI, MEK are those things that are going to provide that vaccination that is going to bring a hope and a future to the people of Iran. Because it is that ten-point plan, it is that inspired leadership of Madame Rajavi, that is really going to bring democracy, freedom, human rights, all of the things that are going to extinguish this awful, insidious virus of religious fascism and help replace it with the kind of society that will allow the great people of a historic civilization of Persia to thrive and to once again lead the world in literature, in art, in thought and democracy. And how great it is that we have an organization like NCRI and MEK that is helping to bring that day about.

I think it can be said for my generation, for the young people in Iran particularly, that their generation is the generation that is going to turn the page of this generation’s biggest test for freedom and that is whether we can push the mullahs into the dustbin of history and we can bring the great people of Iran back to the world stage and to bring not only their human rights back but in the process bring a great economy and a great power that will allow all of our world to flourish. Because you see, this is not just a fight for Iranians and the Iranian diaspora, this is a fight of all human beings. Because as Martin Luther King said, a threat to justice anywhere is a threat to justice everywhere. And certainly, we know, as the leading state sponsor of terrorism that Iran is a threat to justice and peace and stability everywhere in the world. And that is why it is so incumbent upon all of us who are gathered around the world in over 100 countries and 30,000 locations, that we join together. And it’s really the NCRI, MEK, that’s going to permit that day to come about where we can transition from this terrible period in history, which has been dominated by the Shah and been dominated by the mullahs who really extorted the people of Iran for their own personal gain, for us to go back to a time of a great civilization where people who are the most educated in the world came from Iran.

And so, I am so honored to be with all of you again as I have been so many times before. But let us make sure next time we get a vaccination. And when we get that vaccination and have NCRI and MEK and all of those who are fighting for freedom in Iran help to deliver it for the people of Iran for a free Iran, we will be able to meet in person in a new and free Iran. And we will go from Tirana to Tehran. And when we do, I join with all of my friends in saying that we’re all ready.