Iran’s Regime: A Major Obstacle in the Way of Enduring Peace in the Middle East 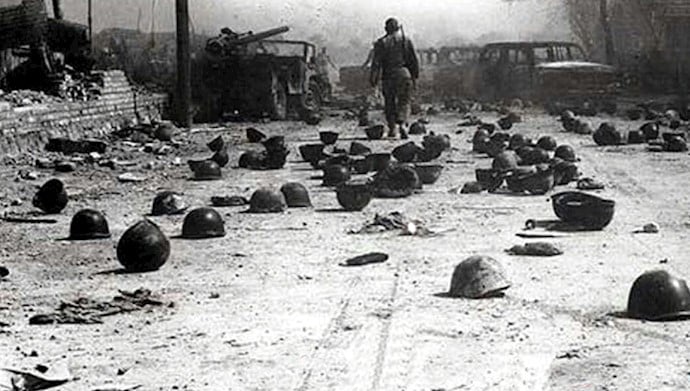 Drones continue to target commercial centers and oil refineries, rockets keep shelling residential areas, shipping remains to be high risk and thousands of innocent men, women, and children go to bed at night, terrified and unsure if they will live tomorrow.

Such is life today for millions of people in the Middle East.

No matter what country you’re living in, safety and security have become luxuries you can’t take for granted. When discussing the roots of the instability, some analysts may wish to trace it back to the Israeli-Palestinian conflict. Others may think it all began when oil was discovered in the region. But as someone who has survived three wars in the Middle East and has risked everything since the 1979 revolution in Iran, I must stress that Islamic extremism was born through war and will die with peace.

Throughout history, a revolution has always energized the masses, boosting the level of expectations. If the very force that stands victorious on the ashes of the toppled system does not keep its promises, it will face existential questions.

When the monarchic dictatorship was overthrown in Iran in 1979, Ruhollah Khomeini, a cleric who had never served a small community, let alone a country of over 30 million at the time, exploited the political void and grabbed the throne uncontested. While in exile in Paris, he vowed political and social liberties, economic equality, and rebuilding the nation. Iran, devastated by hundreds of years of dictatorship and exploited by colonialism, facing complex challenges that neither Khomeini nor the network of fundamentalist clerics around him was able to address. Hence, an external enemy was needed for the new theocracy to continue, postponing all the original promises and reconstruction of the country.

Soon after the revolution, Khomeini called on Iraqis to overthrow the Iraqi government and did everything to provoke its western neighbor. This led to a devastating eight-year conflict, which left two million Iranians dead or wounded. Khomeini called the war a “divine blessing” and vowed, “to liberate Jerusalem via Karbala”.

After the Iraqi forces withdrew from Iranian territory on July 12, 1982, and the United Nations Security Council issued resolution 514, the end of the bloody war was within reach. But no international delegation or domestic entity was able to convince Khomeini to abandon “the blessing” for the next six years.

With its headquarters in Paris, the Iranian Resistance launched an international campaign to call for an end to the unnecessary and unpatriotic war. Some 5,000 internationally renowned dignitaries and parliamentarians, some of whom would later become heads of state, from 57 countries joined their voices to stop the bloodshed that had destroyed hundreds of thousands of lives and wasted billions of dollars on both sides. But as expected, those calls were ignored in Tehran.

Seven months after the Iraqis had left Iranian soil and expressed their willingness to accept the UNSC resolution, the National Council of Resistance of Iran (NCRI) signed a peace agreement with the Iraqi government to show that lasting peace is within reach. Nevertheless, those in charge of the country and responsible for the lost blood and treasure vociferously criticized the initiative and called the Mujahedin-e Khalq (MEK) “traitors who are selling the country to the Ba’ath regime”.

In 1986, following a major uptick in the regime’s international terrorism and France’s diplomatic outreach, the leadership of the MEK was forced to leave French soil. As Iraq was still at war with the Iranian regime, it expressed interest to host the primary Iranian opposition. Whether based on its own strategic considerations or other reasons, Baghdad accepted and signed onto the MEK’s conditions, most notably a mutual respect for independence.

In June 1986, four years after Iraq withdrew from Iranian territory and announced readiness to arrive at a negotiated settlement of the conflict, the MEK relocated its HQ to Iraq, founded the National Liberation Army (NLA), and called on all Iranians who were able to carry arms to join its ranks against the ruling dictatorship in Iran. Subsequently, hundreds of operations against the regime’s major military targets dealt serious blows to its war machine. In a few months, the NLA managed to penetrate Iranian territory more than the Iraqi army had managed in over seven years.

In less than three years, the NLA crushed the divisions and battalions of the Iranian regime’s military, especially the IRGC, one after another. On July 18, 1988, a month after the NLA had liberated the border city of Mehran and routed the Army’s much-touted 16th Qazvin armored division and the IRGC’s 11th ‘Amir al-Mo’menin division, Khomeini announced his willingness to accept UNSC resolution 598 without ever publicly disclosing his reasons.

Khomeini expressed his bitter resentment by likening his decision to end the war to “drinking a chalice of poison.” To his disillusioned followers, he said that he was terribly ashamed. Even though Khomeini was suffering from prostate cancer, there are numerous accounts from people close to him that the decision greatly impacted his mental condition, with some even pointing to a complete breakdown. Less than one year later, on July 3, 1989, Khomeini died, and his successors have yet to sign an actual peace treaty with Iraq.

Since its very inception, the Iranian regime has been the world’s most active state sponsor of terrorism, responsible for some of the deadliest attacks around the globe. Almost every hotspot in the Middle East is impacted by Tehran’s funds, militias, arms, or extremist ideology.

Soon after the bloody crackdown of dissent inside Iran in the 1980s and Khomeini’s insistence to continue the unpopular war with Iraq, his regime lost legitimacy and over the ensuing four decades, Tehran continued massacres and proxy wars to survive. Every effort to reason with this regime, either by some within the Iranian opposition or international powers, has proved futile or even turned out a deadly mistake.

In June 1981, Khomeini eliminated all vestiges of peaceful political activity and unleashed his reign of terror, during which tens of thousands of dissidents were rounded up and executed without trial. The MEK recognized that it cannot change the regime’s behavior, so it must change the regime itself. Despite being the subject of an unjust crackdown in the context of the Western policy of appeasement toward the regime, the Iranian Resistance emerged as the most effective entity that managed to deal the most serious ideological, political, and cultural blows to the theocracy. It has kept alive the struggle for a democratic, secular, and non-nuclear in Iran for the past four decades.

On February 16, 1984, Massoud Rajavi, as the Chairman of the National Council of Iranian Resistance (NCRI), informed reporters about an agreement between the Iraqi government and the Iranian Resistance, which would halt all bombings of civilian areas for at least one week, creating a viable opportunity for negotiations and a lasting peace.

The Iraqi side, represented by Tariq Aziz, then-Foreign Minister, and Deputy Prime Minister, expressed its willingness to respect the deal.  While Baghdad had already expressed the desire to stop the war, Khomeini, however, wanted to continue the conflict to have a cover for domestic repression of dissent.

On the anniversary of that agreement, which exposed the main beneficiaries of the bloodshed, it might be worth watching the following video. May it serve as evidence that in the 1980s, there were people who genuinely tried to serve the national interests of Iran and Iranians despite Khomeini’s attempts to destroy the country to preserve his bloody rule: