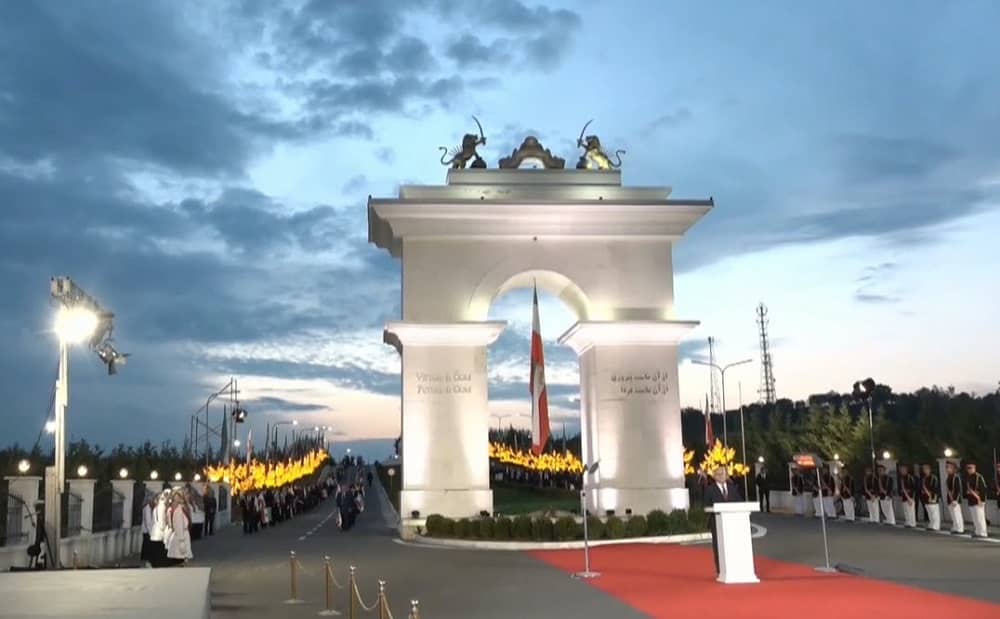 On July 12, an Albanian law enforcement body known as the Special Structure for Combatting Corruption and Organized Crime (SPAK) issued warrants leading to raids on several properties associated with Iranian regime agents living in the Balkan nation. The warrants were reportedly implemented with the aim of preventing “any possible terrorist attack” against Ashraf 3.

Ashraf 3, an Iranian expatriate community has been the residence in exile of the leading opposition group, the People’s Mojhaedin Organization of Iran (PMOI/MEK), since they were transferred from their prior residences in Iraq in 2016. Since then, it has come under threat from Iranian spies and terrorist operatives on multiple occasions, as Tehran continued to pursue the goal of stamping out the leading voice for a democratic alternative to the clerical dictatorship.

The existence of that raid was only revealed by Albanian media as part of reporting on the July 12 warrants, which in turn revealed that SPAK had been engaged in an investigation of spy networks linked to the Iranian regime for at least four years. The latest enforcement action involved the interrogation of at least 20 alleged members of those networks, as well as the confiscation of various devices and documents which may reveal crucial details about regime’s infiltration strategies for Albania and elsewhere.

Tehran’s disinformation campaign against the MEK has arguably been as powerful a tool as its direct threats of terrorism, even though the latter should have stripped Iranian propaganda sources of all credibility in their dealings with Western policymakers and media commentators. The trouble is that those sources have very rarely been transparent, with Tehran’s propaganda frequently being filtered through pre-established media contacts by persons posing as former members of the MEK themselves.

This strategy has been so successful in creating a veneer of credibility that in the four years Albanian authorities have been investigating Tehran’s local espionage activities, articles disparaging the MEK have appeared in the New York Times, The Guardian, Der Spiegel, The Independent, and on BBC 4. In at least two cases, reporters and editors have been made subject to court orders for restitution and retraction of published content, after it became clear that their sources had not been properly vetted and were traceable to Iran’s Ministry of Intelligence and Security, or related institutions.

The prevalence of this deception was highlighted in February 2021 when one former member of MEK, Hadi Sani-Kani, published an open letter to United Nations Secretary General Antonio Guterres in which he detailed how he had been recruited by Iranian operatives soon after leaving the MEK in 2016 and had been employed to knowingly disseminate false information about the organization in writing and in interviews for international media outlets.

Sani-Kani’s letter identified a number of other operatives by name, including Hassan Heyrani, who continued to present himself as a former member of the MEK despite having been expelled from it in 2018 after coming under suspicion of prior collaboration with the Iranian regime. His identification as an Iranian asset was extremely important on account of the fact that Heyrani was either a major source or the only source of disparaging claims about the MEK which appeared in each of the aforementioned media outlets.

While it might have once been reasonable to frame his credibility and that of other so-called former MEK members as an open question, this is no longer the case now that SPAK has executed its search warrants and the Albanian government has effectively revealed the existence of large-scale terrorism and disinformation operations in the Balkan country – operations that are no doubt mirrored in any number of other countries where Tehran has a foothold.

In fact, publicly available lists of individuals detained under the SPAK warrants include Hassan Heyrani himself. The broader context of those arrests not only confirms his involvement in spying and disinformation activities, but may also link him to terrorism of the sort that Tehran has deployed in an effort to kill MEK leadership.

The regime’s ongoing pursuit of that goal says a great deal about the threat the MEK poses to the mullahs’ hold on power, and this should now become the main focus of international narratives about that organization. Descriptions of that organization as a “cult”, or of Ashraf 3 as a “prison” are invariably traceable to the Iranian regime and serve only to foster undue wariness among lawmakers and foreign policymakers who might otherwise offer it full-throated support.

Fortunately, that strategy has already failed in many respects, with the MEK’s support among Western politicians and scholars growing year-on-year. Here is hoping that no one else will fall for it, now that Albania has exposed key assets in Tehran’s violent and deceptive strategy.