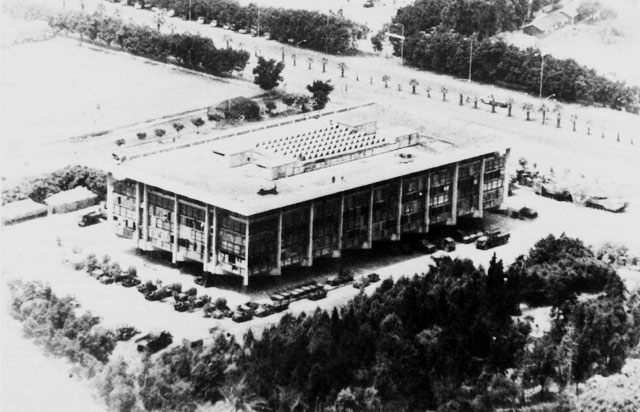 Major General Mohammad Ali Jafari a.k.a. Aziz Jafari has been a veteran commander of the IRGC and a veteran of the eight-year Iran-Iraq war as a commanding officer. He first was assigned as commander of the war’s southern front and later was the commander of northwestern front. Following the ceasefire in the long and bloody war, for three years, Jafari went to IRGC’s Imam Hossein University to earn a degree. At the same time he ran the IRGC’s ground forces’ Operations Office. In 1995-96, Jafari commanded the IRGC’s ground forces while he was also assigned to Tehran’s Sarallah Garrison responsible for maintaining the security in the capital.  On an ordered by Khamenei, he was assigned as the director of the IRGC’s Center for Strategic Studies on Aug. 20, 2005; and commander in chief of the IRGC since September 1, 2007.

Much has been said about the force’s role in terrorism since it has been involved in hostage taking and terrorist acts from very early days of its inception. Majority of the IRGC’s commanders were cronies when they took the U.S. diplomats hostage for 444 days in fall of 1979 in the American embassy in Tehran.
On June 6, 1982, the IRGC’s presence in Lebanon was marked by dispatching one of its most effective and professional units, the Prophet Mohammad Brigade, to Bekaa Valley. At the direct order of Khomeini and under the command of Hossein Mosleh, a veteran intelligence officer, with the aim of establishing a duplicate Islamic republic in Lebanon.

As little as a year later, on Oct. 23, 1983, the force went fully operational by having completed its major project, when two truck bombs struck separate buildings in Beirut housing U.S. and French members of the Multinational Force in Lebanon, killing hundreds of servicemen, the majority being U.S. Marines. Shortly after, the mullahs’ in Tehran gave the go ahead to IRGC sprawling in the valley to begin the second phase of the plan.

Following the IRGC’s deadly introduction, a series of hostage taking and murders of foreign nationals began in Lebanon.

Mosleh bragging about his record in Lebanon, in the third year of its mission in Bekaa Valley, in July 1985, explaining the IRGC’s goals in the country said, "The IRGC in its three-year stay in Lebanon has tried to achieve the following:

–    Our first task has been to enlighten the Lebanese culturally by exporting the Islamic Revolution into the country;

–    Next step has been to train the Lebanese brothers both ideologically and militarily. First we started with local mosque at elementary level and then for more advanced trainings of the 40 percent of the volunteers new courses were designed. However, ideological trainings have always taken precedence over military ones;

–    Organization of the new Lebanese recruits [into military formation] has been the third step following the completion of the preceding ones;

–    The last step would be to use the newly organized force in certain missions.

The fourth step mentioned by Brig. Gen. Mosleh is a classic pattern IRGC has followed since the beginning in every country in the Middle East and beyond. In Lebanon, Iraq, Afghanistan and even Bosnia, it has been the same; simply to create a proxy force from the poor local Muslim population.

In using such tactics as hostage taking, the IRGC has had a long record. Mohsen Rafiqdoost, one time IRGC minister and a high ranking commander of the force sends back empty handed the former president Francois Mitterrand’s envoy in negotiations to free the French hostages in Lebanon.

Separately, Rafiqdoost commenting on the 1993 explosions of U.S. and French compounds brazenly referred to the incident as one of the IRGC’s great accomplishments. "Both the TNT and the ideology which in one blast sent to hell 400 officers, NCOs, and soldiers at the Marines headquarters were provided by Iran," said Rafiqdoost  in an interview with the state-run daily Resalat  On July 20, 1991.

——
Reza Shafa is an expert on the Iranian regime’s intelligence networks, both in Iran and abroad. He has done extensive research on VAVAK (MOIS), IRGC’s Intelligence Office, and Quds Force among others. Currently he is a contributor to NCRI website.