August 24 – Hamedan, western #Iran
For a second consecutive night locals are protesting severe water shortages that have plagued their city for over a week now.

"Mullahs must get lost!" they're chanting.#IranProtestspic.twitter.com/huacS3lV8x On Wednesday morning, a number of workers of the Karun Agriculture and Industrial Complex in Shushtar, Khuzestan province, held a rally to protest and demand fair pay.

One of the workers said: “Though the company is in dire financial conditions due to the increase in the price of sugar, however, there is no reason to refuse to pay the full amount to the workers.”

Also on Wednesday, medical interns of the Ahvaz University of Medical Sciences held a rally, protesting the poor management of the university as well as the authorities’ failure to address the students’ problems. The workers of a Bushehr Petrochemical Plant went on strike for the second consecutive day on Tuesday, August 23, protesting the officials’ refusal to pay their salaries. The workers’ salaries have not been paid for three months. 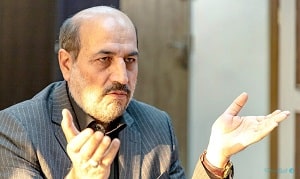 Amid intense socio-political reaction to the Mobarakeh Steel Company’s embezzlement case in society, some state officials and media are undermining the validity of the 300-page investigation report.

Lotfollah Siahkali, a member of the Parliament’s Industries and Mines Commission said on August 23: “The investigation report has nothing to do with the current administration or the new management of Mobarakeh Steel Company and it is merely related to the previous MSC board in the previous government. An investigation does not mean that any crime has been committed by anyone, rather it suggests that general matters have been investigated and it just shows the direction of effort.”

In an article questioning the validity of the figure of 92 trillion tomans of the MSC embezzlement case, the state-run ISNA news agency wrote that the announcement of this figure was based on a “misunderstanding and the personal opinion of the inspectors, who intentionally or unintentionally have harmed people’s nerves with exaggerating the issue of corruption.”

On Tuesday, August 23, clashes erupted when security forces in the Southeastern Sistan and Baluchestan Province tried to plunder street vendors in a city called Zahedan.

According to local sources, plainclothes officers showed up at the Rasouli intersection of the city in order to extort money from local Baluchi businessmen. Following the resistance of the locals and their refusal to pay off, the agents started to intimidate the people with air shots.

The local merchants complained that the regime’s repressive forces wanted to blackmail and extort money under the pretext of confiscating smuggled goods and putting them in distress.

The practice has been a precedent for years. On August 19, security forces in uniform attacked Zahedan’s Rasouli intersection but following the resistance of local merchants, they were forced to back down and leave the place.

Iran’s Water Crisis Is Only Getting Worse 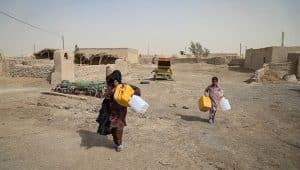 In a country with a vast amount of water sources, over 300 cities and thousands of villages across Iran are currently suffering from severe water shortages. In some areas, people don’t have any access to running water other than tankers that arrive periodically to provide the very minimum. The irony is that during the past few weeks, many cities, towns, and villages throughout Iran have also been hit by massive floods. This further proves the unfortunate reality that the mullahs’ regime and its destructive policies are at the roots of Iran’s escalating water crisis. 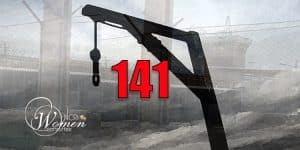 An unidentified woman was executed by hanging in Adel Abad prison in Shiraz on August 21, 2022. She and two men were executed at the same time.

The woman had been charged with intentional homicide. The news of the woman’s execution in Adel Abad prison in Shiraz has not yet been announced by official government sources. To understand the root of educational injustice in Iran ruled by the Iranian regime, we should look back at the regime’s educational policies following the eight-year Iran-Iraq war in the 1980s. Shortly after the end of the war, as the regime faced a huge budget deficit, it decided to start up quasi-governmental, private, and non-profit schools to compensate for its budget deficit by looting the Iranian people.

By separating the educational institutes, the regime created gross discrimination between the rich, mostly children of regime officials, and those loyal to the regime, like the members of the Revolutionary Guards (IRGC) and the Basij forces, and ordinary children.