The People’s Mojahedin Organization of Iran (PMOI) announced this afternoon, April 20, 2020, that Coronavirus has taken the lives of more than 32,800 in 294 cities across Iran.

How Iran’s regime is weaponizing COVID-19 against its citizens

Iran, April 20, 2020—“The disaster will be a blessing, and the threat will be an opportunity,” Iranian regime supreme leader Ali Khamenei said in an April 9 speech, in which he discussed Iran’s coronavirus outbreak. And to be fair, Khamenei has remained true to his word. His regime has used the COVID-19 outbreak as an opportunity to consolidate his hold on power. In all countries, people and governments have joined forces to fight the novel coronavirus as a common enemy. However, in Iran, the ruling regime continues to see the people as its main enemy. And in this regard, it has added to COVID-19 to its arsenal of weapons against the Iranian population, which previously included repression, poverty, inflation, corruption, and censorship among others.

European lawmakers along with members from the Iranian communities from over 1000 locations in Europe and Canada joined the 6th online conference over the coronavirus crisis in Iran and the regime’s fear of a popular uprising. According to the People’s Mojahedin Organization of Iran (PMOI/MEK), over 32,200 people have so far lost their lives due to the coronavirus outbreak in Iran.

“The mullahs can no longer rule over Iran”: PMOI/MEK Resistance Units 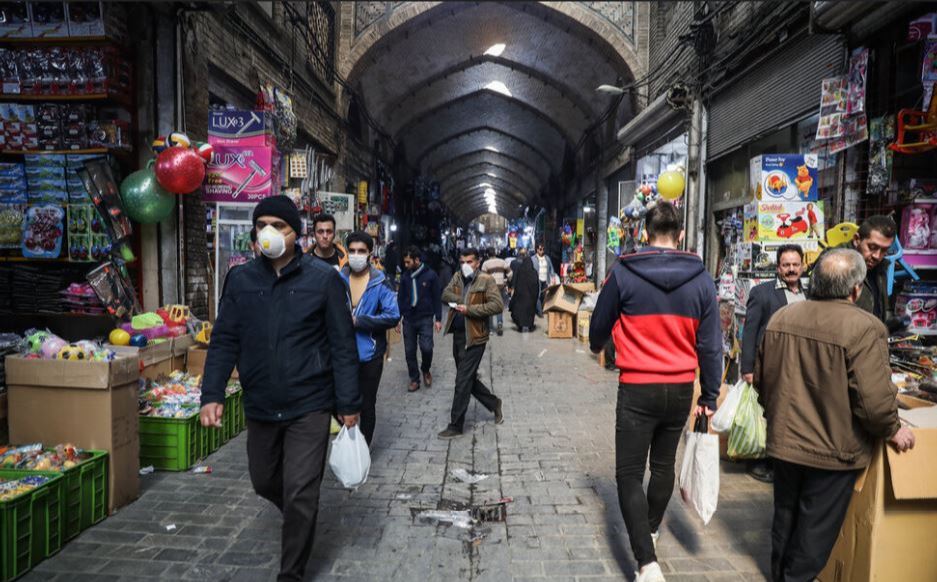 • According to an internal IRGC report, as of April 1, 3926 persons have been admitted to the IRGC hospitals in Tehran alone, including 2,585 IRGC personnel, 695 family members, and 646 retirees.
• Mohsen Rafsanjani, Chairman of Tehran’s City Council, acknowledged that the actual statistics for those infected or victimized with the Coronavirus in the country is much higher than the officially announced statistics.
• Haghshenas, the head of Tehran’s City Council’s health commission said that wrong statistics could endanger people’s lives and cause irreparable damage to people’s lives and property. If the officials do not provide accurate and precise information, they should be held accountable for all these deaths.

This is an unforgivable crime emblematic of the mullahs’ immeasurable atrocity in massacring Iran’s children and nature. Now, they are sending the people of Iran to their deaths by lifting protective measures.
The mullahs are annihilators of Iran’s economy and its human and material resources. Their answer for throngs of hungry people was burying 16 million young chickens, even as ships loaded with bird seeds are in the docks, and many people are surviving only on dry bread and water.

The mullahs are annihilators of #Iran’s economy and its human &material resources. Their answer for throngs of hungry people was burying 16 million young chickens, even as ships loaded with birdseeds are in the docks, and many people are surviving only on dry bread &water

Female breadwinners, primary victims of the repressive regime during the Coronavirus outbreak.

One sector of society that suffers dual economic pressure is nearly four million female breadwinners, most of whom live under the absolute poverty line. Their condition is so dire that even the state-run media have been reporting about their plight.

Monday, April 20, 2020, marks the 158th day since the beginning of the nationwide Iran protests.