February 15: In a village located in Lorestan Province, western Iran, workers of a rail station rallied on Saturday, February 15, protesting not having access to water for ten days.

Locals of this village all work for the rail company and their homes have not had any access to water.

It is worth noting that their village is located near Khorramabad, the capital of Lorestan Province. The village has a small population of 214 people (52 families) and regime officials don’t have the competence to provide drinking water for these innocent people. 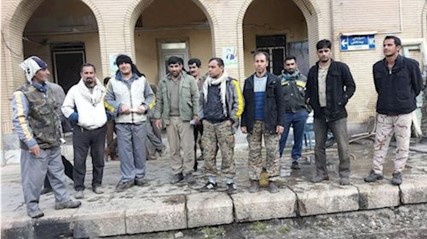 On Saturday, February 15, a group of employees working in toll booths of the Zanjan-Qazvin areas in northwest Iran held a rally protesting not receiving their due wages. This gathering was held outside a local Road and Construction Department in the city of Qazvin. Since March 2019 these toll booth employees have been protesting many times and officials are refusing to see to their dilemmas and just demands. 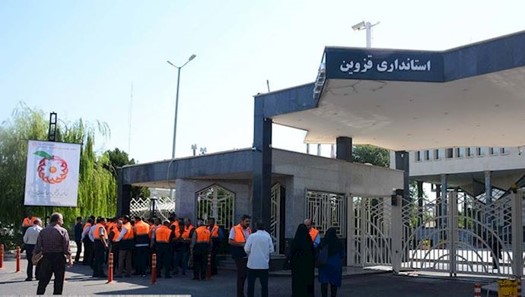 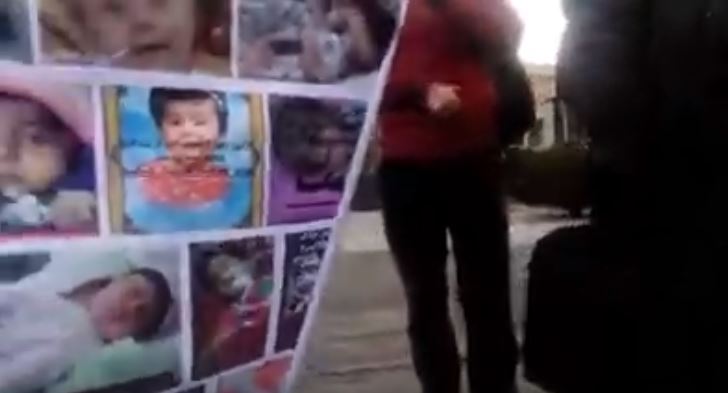 MEK sources reported that on Saturday, February 15, 2020, a group of handicaps’ advocates and families of patients suffering SMA held a protest gathering before the Iranian regime’s Health Ministry. They protested the lack of support from the government for SMA patients. A mother of one of the patients cried: “over one year, we have lost 80 children and nobody takes responsibility. Authorities are very carefree. The victims are not their children, they are ours. If they were their children, they would have imported the medicine required by now.” “We will stand here till we get our rights.”

The MEK network reported that on Sunday, February 16, 2020, the Iranian regime’s agents opened fire on a group of porters near the borders in the Western city of Paveh, killing one porter, Ahmad, and injuring five more.

One of the injured is Azim Aminzadeh from the village of Narvi. The reports indicate that following the incident, a group of people and the families of the victims, particularly their mothers protested that the local Police station was responsible for the murder. 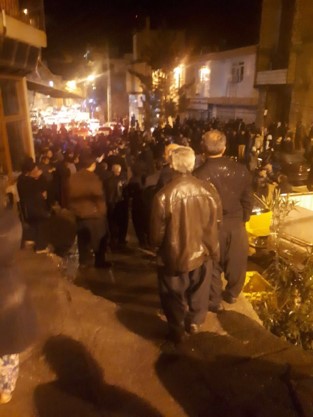 MEK sources inside Iran reported that on Sunday, February 16, 2020, workers of the Choucka Co. near the city of Talesh, (Northern province of Gilan), held a gathering protesting about their salary.

In another event, the MEK network reported that on Saturday, February 15, 2020, a group of workers from the Mahshahr Petrochemical Distribution held a gathering before the company’s office.

The company recently fired many workers collectively in order to replace them with pro-regime personnel. This inhumane measure, particularly when the Iranian New Year is approaching, has put the workers in a desperate situation.

The workers were holding placards that read: “for how long injustice” and ” beware of God! “the report added. 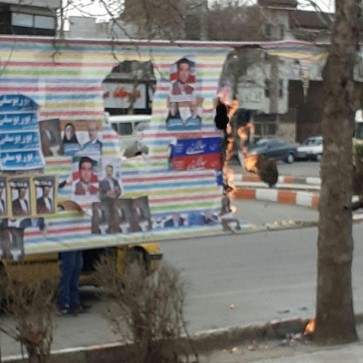 Reports from Iran indicate that on Saturday, February 15, 2020, angry people set fire to the advertising banners of the regime’s candidates for the coming sham parliamentary elections in the southern city of Iranshahr and the city of Alvand in the province of Qazvin.

A group of students in Iran University of Science and Technology protest crimes of the mullahs’ regime and the IRGC, including the killing of over 1,500 protesters during the November 2019 uprising and shooting down a Ukrainian airliner.

February 17 – Tehran, #Iran
A group of students in Iran University of Science & Technology protest crimes of the mullahs’ regime & the IRGC, including the killing of over 1,500 protesters during the November 2019 uprising & shooting down a Ukrainian airliner.#IranProtests pic.twitter.com/VczdL1JhD0

Notorious Agent of MOIS & Tehran Embassy in Albania in Hotel Evin in Iran.

The Iranian Regime Behind the Recent Disinformation Campaign

Mark Zuckerberg revealed that the Iranian regime was behind the recent disinformation campaign that was removed from the Facebook platform, targeting the United States election. 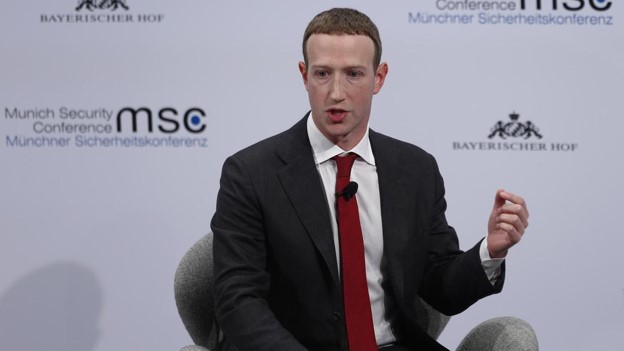 Zuckerberg, who was speaking at the Security Forum of the Munich Security Conference, stated that Facebook has 35,000 people working on content and security review procedures, focused on 20 categories of violations ranging from hate speech to terror propaganda.

Monday, February 17, 2020, marks the 95th day since the beginning of the nationwide Iran protests.

Previous articleIran: Regime’s Interior Ministry Targeted on Eve of Sham Election
Next articleIran Opposition Leader Maryam Rajavi to El Espanol: From Beirut to Baghdad to Tehran, the Ground Is Shaking Under the Mullahs’ Feet