On the latest days of the tenth Iranian Parliament (Majlis) Fereydoun Ahmadi highlighted the vast corruption in the Judiciary. “It is proved to me that the judiciary is not only not a safe haven for the oppressed people, but also acts as a tool to cover up the country’s weaknesses, inefficiencies, and mismanagements,” said Ahmadi in a Majlis’ public session on May 18.
Iranian ex MP Highlights Judiciary's Corruption and Incompetence

Iran’s Coronavirus Outbreak A Crisis Much Worse than Acknowledged

According to the People’s Mojahedin Organization of Iran (PMOI / MEK) as of Wednesday, there have been more than 50,000 deaths from the novel coronavirus in Iran. Of course, the Iranian regime has acknowledged only a fraction of that number. The official death toll remains below 9,000, while numerous pandemic-related fatalities have been swept under the rug after being categorized by the regime’s health officials as deaths from generic causes like cardiac arrest or respiratory failure.

Terrified of the activities of the Resistance Unites, State Security Force (SSF) declares a crisis status

The Security and Counterterrorism Committee of the National Council of Resistance of Iran (NCRI) reveals the transcript of the SSF Command Headquarters radio communication:

“The first thing I would like to once again mention to colleagues is the issue of observing the health protocols in each of the cities within the jurisdiction of SSF stations. Greater emphasis must be laid in locations where our colleagues have contact with the public. It is necessary that our colleagues (pay attention) to the preventive measures in dealing with the disease that has preoccupied the whole world for several months, including our dear country.  Our radio and television, the media, and cyberspace are also reminding us of things to observe …

As Iran’s Regime Faces Economic Bankruptcy, the IRGC Mafia Is Ready to Devour the Automotive Industry

The terrorist mafia of Iran’s Revolutionary Guard Corp (IRGC) is like an octopus whereby each leg is plundering and swallowing the assets of the Iranian people in every field. From dominating the vast construction industry to oil and petrochemicals and having private docks and monopolizing the smuggling of goods and fuel to a multitude of projects using government rents and exemptions from any audit and under the support of the regime’s Supreme Leader Ali Khamenei.

However, now, after the unprecedented recession and collapse in the regime’s economy, which has been exacerbated by the crisis of the coronavirus, the terrorist mafia of the IRGC is thinking of swallowing another area of the country’s half-dead economy. The automotive industry is the new target of the IRGC. The industry’s financial transactions amount to $15 billion.

In an article on the United Press International (UPI) website, Mr. Struan Stevenson, a former Member of the European Parliament, and coordinator of the Campaign for Iran Change, elaborated on the criminal role of the Iranian regime in the coronavirus pandemic, especially concerning child laborers in Iranian cities. In this article, with shocking facts, examples of the brutal exploitation of these children by the regime’s criminal agents are expressed. Mr. Stevenson highlights how these innocent children who live in the most difficult human conditions are still victims of the coronavirus outbreak in Iran under the rule of the mullahs.

Iran, June 10, 2020—Incoming reports from cities throughout Iran indicate people from all walks of life are holding protest rallies and raising specific issues along with demands from the ruling mullahs’ regime.

Farmers in Isfahan, a major city in central Iran, held a rally on Tuesday, June 9, outside the provincial governor’s office, protesting the local officials’ policies of rerouting river waters for the regime’s projects. This has left local farmers’ lands without adequate water. Farmers in the city of Qahderijan, also in Isfahan province, held a similar protest rally raising the same demands. Footage received from inside Iran show farmers at the protest rally with their tractors. 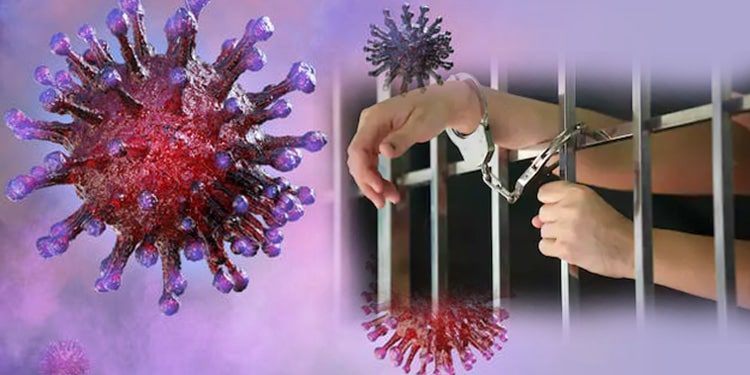 Eight inmates infected with Covid-19 have been abandoned without any care in Qarchak Prison. At the same time, political prisoner Zeinab Jalalian who is also infected was taken to a civic hospital but after being examined, she was returned to jail to the room were non-infected prisoners are held.

Informed sources said after the news of the Intelligence Ministry’s opposition to treatment of Zeinab Jalalian leaked out, Qarchak Prison authorities sent her to a civic hospital under heavy security measures.

Thursday, June 11, 2020, marks the 210th day since the beginning of the nationwide Iran protests.