Amir Assadolahi, a pilot of the Revolutionary Guards (IRGC) affiliated Mahan Air, acknowledged he had transferred Qassem Soleimani, the eliminated commander of the IRGC Quds Force, with “seven tons” of “banned cargo,” meaning weapons, along with 200 passengers on board to Syria in June 2013.
Read more

Iranian state media outlets are filled with reports of the trial of the Judiciary’s former executive director, Akbar Tabari-Pour. Despite the regime’s efforts to portray that corruption in Iran is limited to one or several individuals, it confirms the regime’s institutionalized corruption.

Protests by people from all walks of life continue across Iran as living conditions continue to deteriorate and the regime’s disastrous policies are pushing more Iranians into poverty across the country. Regime officials have also been voicing grave concerns about a new uprising on the horizon.

Railroad workers of the Zagros district held a rally outside the company building protesting delays in their paychecks and pensions. This gathering, held on Tuesday, evolved into a strike, and work in this company has come to a complete halt. During their rally, these workers were able to take full control over a number of company buildings.

“The Zagros observatory committee is receiving money from the Tavros Company to pay off their own debts,” one worker said. All the while, the company’s own employees are suffering and living in poverty.

A Qeshm airline plane is scheduled to arrive in Sofia this evening and return immediately to Tehran. Hassan Qassemi, former deputy CEO of Iran Air is supervising the flight. Eshaq Alizadeh, Iranian regime’s Interpol representative, will be on board to take delivery of the prisoners.

Our warmest salutes to these heroes esp. those massacred in 1988 for defending freedom. We also salute those who fell for freedom in November 2019, whose names continue to resonate in every cry for freedom in Iran.

June 20 marks the Day of Martyrs &Political Prisoners. Our warmest salutes to these heroes esp. those massacred in 1988 for defending freedom. We also salute those who fell for freedom in November 2019, whose names continue to resonate in every cry for freedom in #Iran. #FreeIran pic.twitter.com/dFLtCwZB2L

4 decades of resistance for freedom by Generation Equality in Iran 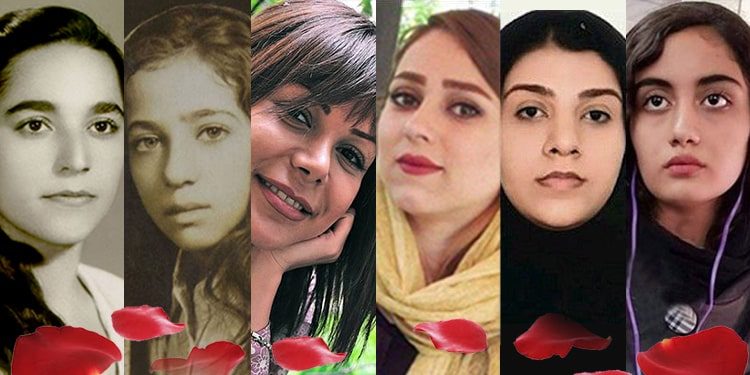 Never before in history, had a dictator launched a genocide by releasing the photos of unidentified young women he executed.

June 20 marks the beginning of the Iranian people’s resistance for freedom and democracy in 1981.  Iran’s women pioneer their people’s movement against the mullahs’ religious dictatorship.

The Generation Equality has been playing a significant role in the Iranian people’s resistance for freedom since the Shah’s time until today. Women who sacrificed their lives and freedom in the 1970s and opened the way for women’s largescale participation in the movement. Then came another generation of women in the 1980s whose sacrifices and unsubmissive struggle shook the foundations of the mullahs’ misogynous regime.

University of Medical Sciences, in violation of nurses’ rights, postpone pay for 7 to 17 months.

In an open letter to the Mullah’s president, Hassan Rouhani, the Iranian Nursing Organization revealed that only 110,000 nurses are available to support 140,000 hospital beds throughout Iran.

In the letter, published by the ILNA state-run news agency on June 16, 2020, the organization also revealed that at least 7,400 nurses had been infected with the Coronavirus.

Following widespread protests by nurses across Iran and public pressure, the Iranian Nursing Organization was forced to compensate nurses to quell the protests.

Friday, June 19, 2020, marks the 217th day since the beginning of the nationwide Iran protests.

THE CONTENT OF THIS PAGE WILL BE UPDATED WITH THE LATEST NEWS UPDATE: 4:30 PM CEST AP Image coverage of the Iran Policy Summit The conference brought...
Read more
News

THE CONTENT OF THIS PAGE WILL BE UPDATED WITH THE LATEST NEWS UPDATE: 9:00 PM CEST Kurdish political prisoner Heydar Ghorbani is in danger of imminent...
Read more
News

THE CONTENT OF THIS PAGE WILL BE UPDATED WITH THE LATEST NEWS UPDATE: 3:00 PM CEST Press Release: Call by more than 250 European and Arab...
Read more
Search