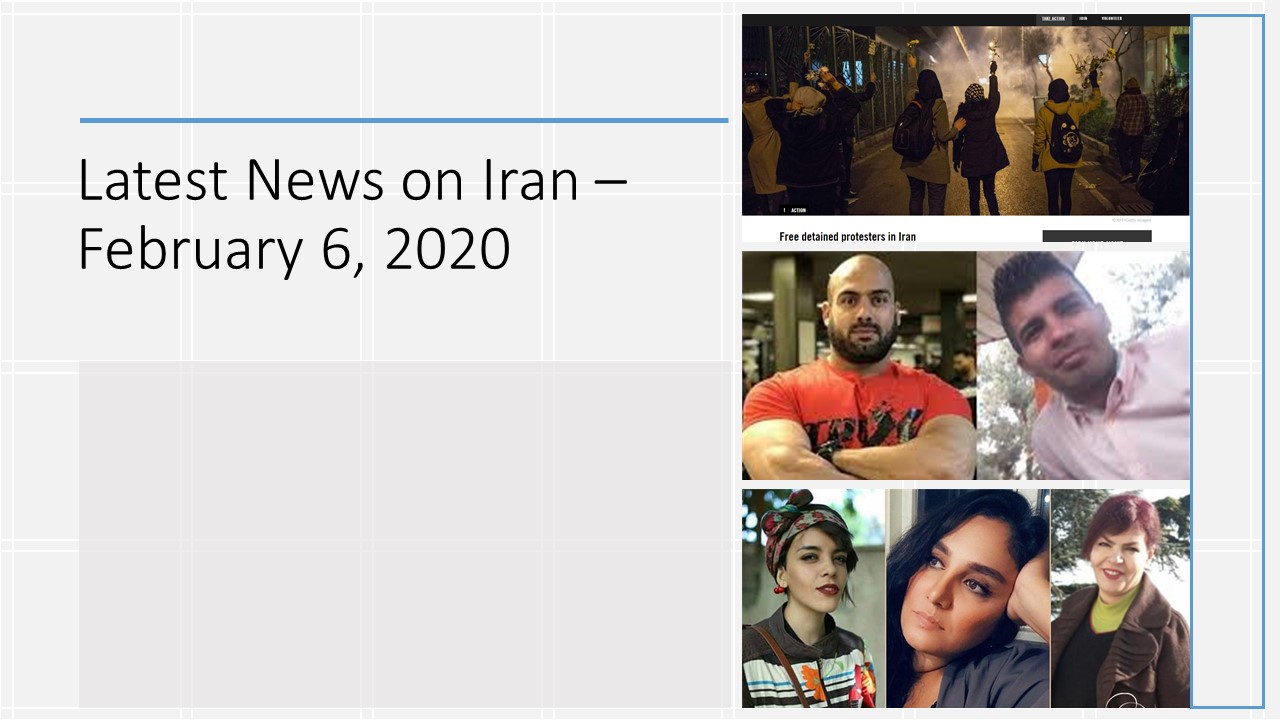 Written by Mansoureh Galestan on 06 February 2020.

The MEK network inside Iran reported that on February 3, 2020, protesting against the new establishment by the faculty, students of medical science in Isfahan University held a gathering before the Pharmaceutical College’s building. 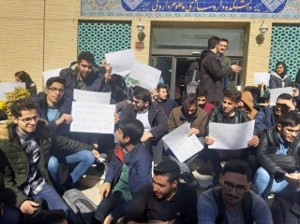 The court of appeal in Tehran sentenced three political prisoners, Yasamin Aryani, Monireh Arabshahi, and Mojgan Keshavarz, to thirty-one years behind bars for disobeying the regime’s dress code, and expressing their aspirations for the freedom to wear the type of clothing they choose. 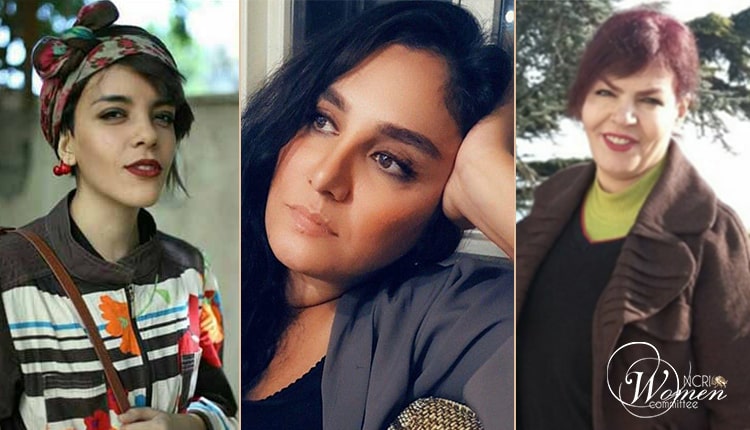 The Iranian regime avoids announcing the figures for the recent Iran protest’s victims. Mahmoud Vaezi, Social Secretary of President Hassan Rouhani, said on Wednesday that the government has no responsibility in announcing the number of dead in the November protests. It is worth mentioning that the MEK has already revealed the figures relating to the Iran protests started in -November 2019, including 1500 dead, 4000 injured and 12000 detainees. Figures were confirmed later by US officials and Reuters.

Meanwhile, the human rights group, Iran HRM, reports that families of those abducted during the November uprising in Iran are under a lot of stress since the authorities do not provide any information on those arrested or killed during the protests.

The Iran Human Rights Monitor writes: Many families are extremely concerned that their children might be among those killed in the protests as they have not contacted home since the date they were arrested.

A number of those arrested had been wounded during the Iran protests in November 2019. They were abducted and taken to jail from hospitals including the Namazi Hospital of Shiraz and the Mo’arifizadeh Hospital in Shadegan, Ahvaz.

Amnesty International has been petitioning online to put pressure on the Iranian dictatorship to release thousands of Iranian protesters who were arrested during the November protests and are reported to be subject to torture and other forms of ill-treatment.

Amnesty International writes: “For months, Iranians have been peacefully protesting for change and government accountability. Iran’s security forces have responded with the use of force, killing hundreds and imprisoning thousands more”.

As world governments prepare to meet at the UN, on February 24, “We now need a critical mass of pressure to hold Iran accountable and get innocent people free,” adds Amnesty’s Action.

Al-Arabiya Network wrote: “The Islamic Republic of Iran Broadcasting (IRIB) on Wednesday, February 5, unveiled the results of an official poll published on its official account on Telegram.”

In this survey, the Islamic Republic of Iran Broadcasting polled the participants about the upcoming parliamentary elections in Iran. Although IRIB officials did not advertise the poll and did not spend much time on it, respondents’ responses to the 4-item survey showed that more than 80% of participants voted not to participate in the upcoming parliamentary elections. After the poll results appeared, officials of the Islamic Republic of Iran’s Broadcasting Network deleted the poll results.” Adds Al Arabiya