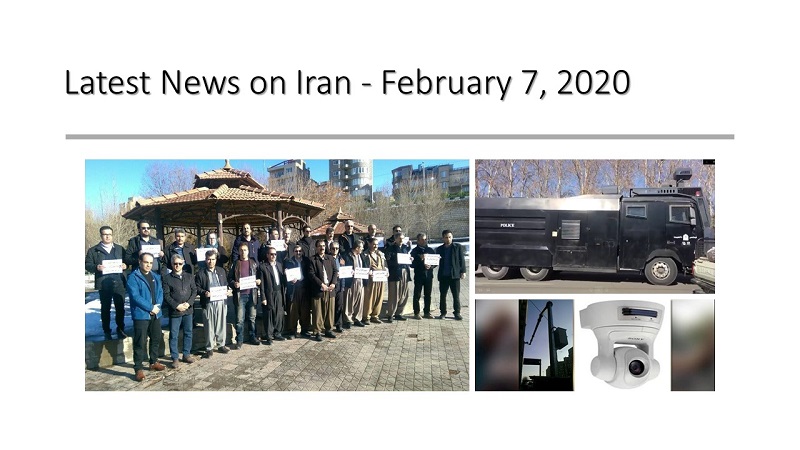 Written by Mansoureh Galestan on 07 February 2020.

MEK network inside the country reports:

Based on reports from the MEK network, on Thursday, Feb 6, 2020, the Iranian regime dispatched anti-riot vehicles to the stadium during a football match in Azady Stadium in Tehran.

Given sever security measures preventing the assembly of more than a few people at any location, the Iranian youth have used occasions like football matches to express their outrage against the regime. 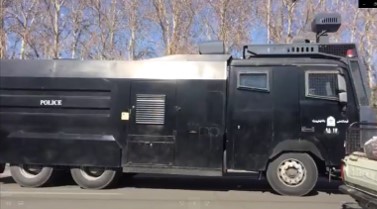 On Thursday, February 6, 2020, a group of teachers held a gathering in North-western cities of Saqqez and Zivouyeh protesting the imprison sentences of members of the teacher’s union. Seven members of the teachers’ union were sentenced to 41 years imprisonment and 222 floggings by the mullah’s revolutionary court for taking part in the previous strikes. 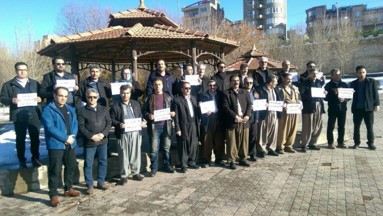 In a bid to impose more control on protests and to be able to identify those leading and mobilizing protests, the Iranian regime’s TV reported on February 5, 2020, that the first series of Police Smart Control System was installed in Northern Province of Khorasan-Razavi including 450 surveillance cameras.

Many of the protesters that were arrested in the aftermath of the protests in November, were identified through the footages taken by the security CCTVs installed in various locations in the centers of the protests. 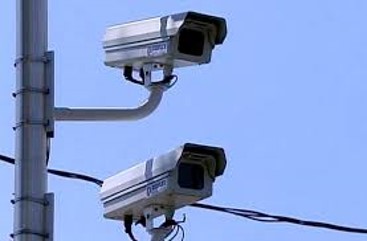 “Germany has a moral responsibility to say to Iran very firmly and clearly that it is unacceptable to deny basic human rights to your people or kill protesters in the streets or push gay people off buildings. Celebrating the regime’s ongoing existence sends the opposite message,”

The Iranian regime’s state agency “Shabakeh Khabar”(News Network), that had launched a poll to promote the sham parliamentary election show in Iran, deleted the poll after 82% of 130 thousand people who had voted expressed that they will not participate in the so-called election. The state news agency had claimed that counter-revolutionary groups had organized a campaign to fail the result of the poll.

However after the news channel published a new poll with a similar question but with new options, again after less than a day, the poll is showing 69% are not participating the in the so-called election out of 115 thousand that had participated, revealing the public outrage among the majority of the Iranian people.