Italian Lawmakers Speak out Over Josep Borrell’s Visit to Iran 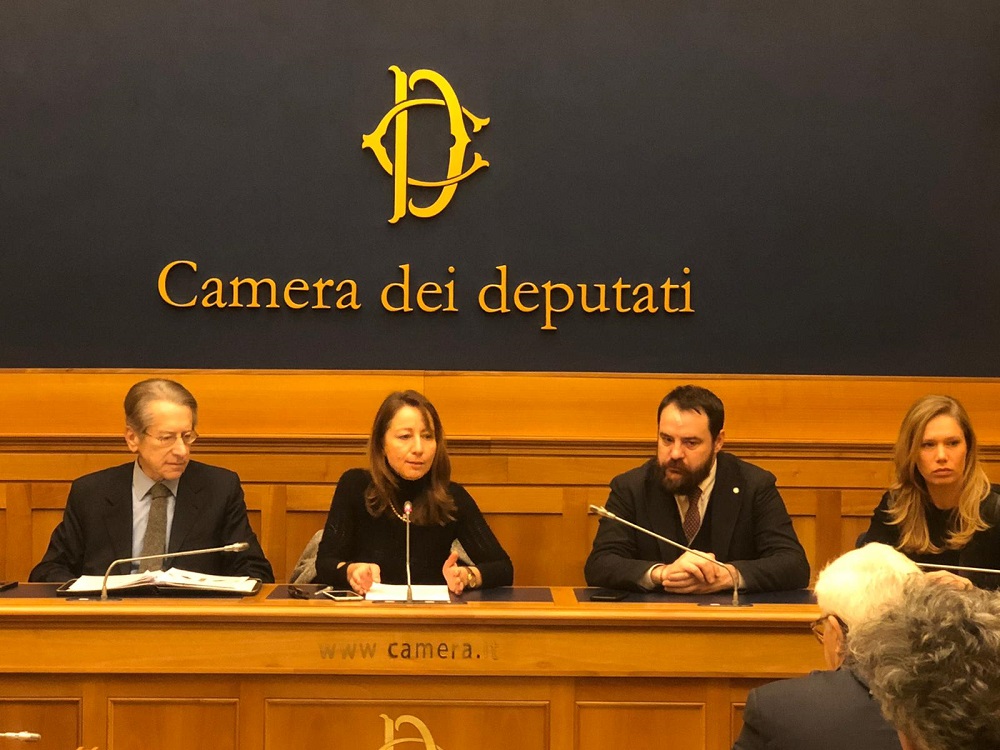 February 5, 2020: A conference was held in the Italian Parliament, protesting the visit of the European Union High Representative for Foreign Affairs, Josep Borrell, to Iran.

Written by Mahmoud Hakamian on 07 February 2020.

On Wednesday, February 5, a conference was held in the Italian Parliament, protesting the visit of the European Union High Representative for Foreign Affairs, Josep Borrell, to Iran.

The conference was held on the initiative of the human rights association Hands Off Cain and the Global Committee for the Rule of Law. This conference was attended by the former Italian Foreign Minister Giulio Terzi. Federico Mollicone, Member of Parliament, Senator Roberto Rampi, Member of the Senate Commission on Human Rights, Ms. Laura Harth, Representative of the Italian Nonviolent Radical Party Transnational Transparty at the United Nations, and Behzad Bahar, a member of the Iranian community in Italy.

@elizamparutti president of @HandsOffCain_It said:
It's a shame @eu_eeas high rep. Josep Borrell visited #Iran & pressed the hands of regime's officials despite latest #IranProtests killings, arrests, torture & crackdown on protesters. It seems EU has no interest in these issues. pic.twitter.com/z7n1SYtA87

At the beginning of the meeting, Ms. Elisabetta Zamparutti, an official from Hands Off Cain, while referring to the visit of the High Representative of the European Union to Iran under the mullahs’ regime, said: “It is a shame that the High Representative of the European Union for Foreign Affairs, Josep Borrell, went to Iran and shook hand with the Iranian regime’s officials, who’s hands were crimson with the blood of massacred protesters in November. While Borrell was holding a press conference in Iran, news emerged that the Iranian regime was aware of the Ukrainian passenger jet downing. It is our duty to continue to expose the massacre of the Iranian people by the regime. While student protests continue in Iran, the regime continues its crackdown, and the EU seems to have no interest in these issues, and we know that adherence to human rights is the only way to cooperation.”

The next speaker at the meeting was Senator Roberto Rampi, a member of the Italian Senate Human Rights Commission. Senator Rampi said: “In recent days, important things have happened in Iran, from the regime’s shooting down of the Ukrainian airliner, to its rocket attack on the US bases in Iraq and the students’ protests and uprisings in Iran last month. Unfortunately, Europe wants to continue dialogue with this regime. And it still wants to continue its support for this bloodthirsty regime. We must tell them, loud and clear, that this approach is wrong…we must continue to work to establish democracy and freedom in Iran. Economic interests are important, but they cannot and should not be prioritized over human rights and security, and we must speak clearly to the European Union and call for a regime change in Iran. This change will be fulfilled by the Iranian people as well as its opponents, and we can call for an immediate regime change.”

Another speaker of the meeting was Renata Polverini, the Italian MP and the former governor of Rome, who said: “Our country and the European Union are only concerned about what is happening with the nuclear deal, they have forgotten the massacre of the Iranian people by the regime.

Another speaker at the conference was former Italian Foreign Minister Giulio Terzi, who said: “What does Borrell’s visit to Iran represent? These gestures only legitimize the regime, despite the massacre and torture they have committed. Borrell has decided to go to Iran to find opportunities and solutions to the current crisis in the Middle East, but what is published in the press release and read is that Europe’s priority remains the nuclear agreement. The bureaucratic procedures adopted, which are supposed to do nothing, as the Iranian regime continues to violate the nuclear agreement. But are the ongoing repression in Iran and regime’s meddling in other countries important to the EU?”

@GiulioTerzi, ex Italian FM:@JosepBorrellF's visit to #Iran only legitimize massacre & tortures committed by Mullahs regime as @eu_eeas priority is JCPOA which continues to be violated by the regime.
EU don't care about the ongoing suppression & regime's intervene in Middle East pic.twitter.com/SsP2daHCDW

Mr. Terzi continued: Who shall give us an explanation?  Borrell replied that he was only interested in the nuclear deal and could not get into other issues and forgot all that was happening in Iran. And it is an institutionalized shame that justifies the totalitarianism of the mullahs’ fascism. We have a call to the Italian institutions and to the Foreign Minister to act and take the matter to the UN in New York and in Geneva. There should be a rapid response in Italy and in Europe and around the world to reopen a commission of inquiry into the situation in Iran and to demand the release of political prisoners.”

Another speaker at the conference, Mr. Federico Mollicone, Italian MP, said: “Human rights should be a priority in international relations. After the US cut its relationship with the regime, Iran wants to get closer to Europe, but we cannot pay the ransom for democratization in the guise of geopolitical interests. Interests that we cannot guarantee when our negotiation parties are undemocratic. The regime executes people, issues death sentences, oppresses people and has established a police state. We want to remind our Prime Minister and Foreign Minister of the importance of their role in preventing the human rights abuses in Iran. They need to be able to respond quickly to the rights of the Iranian people, and the EU can play an important role.”

“The position of the press on these issues is unacceptable,” said Mrs. Laura Harth, the representative of the Radical Party at the UN.

She added: “In Iran, nothing is said about ethnic and religious minorities. The US State Department has imposed new sanctions. Documents and videos with 88,000 videos, photos, and messages from Iranian citizens about human rights abuses, torture, the situation in prisons and demonstrations. We must continue to hold such initiatives, hold a conference in these institutions and urge the European Union not to deny them. According to news from the United States, both Democrats and Republicans have adopted a resolution against human rights abuses in Iran.”

Previous articleLatest News on Iran – February 7, 2020
Next articleIran on the Verge of Major Change