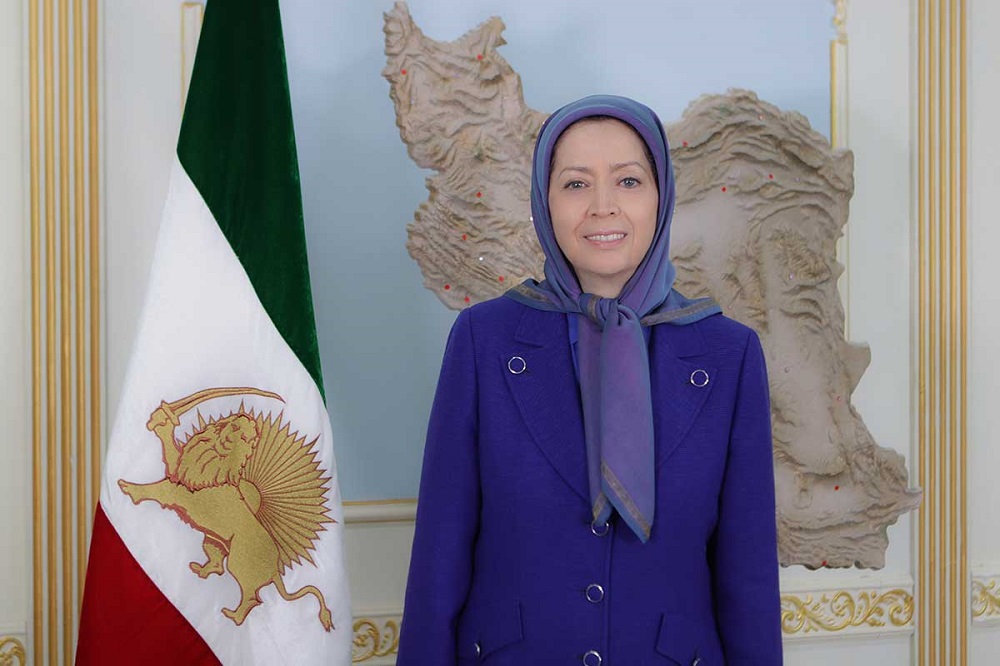 Iranian opposition leader Maryam Rajavi has called on the people of Iran to rise up in revolt against the mullahs’ regime. In a message to the Iranian nation on Wednesday, Mrs. Rajavi said it was the ‘patriotic duty’ of all Iranians to support the ongoing protests, the rebellious youths and the Resistance Units of the main opposition group People’s Mojahedin Organization of Iran (PMOI), also known as the Mujahedin-e-Khalq (MEK).

The MEK’s Resistance Units are organizing anti-regime protests up and down the country despite a major crackdown by the regime.

The following is the full text of the message to the Iranian nation by Maryam Rajavi, President-elect of the National Council of Resistance of Iran (NCRI), on November 20, 2019:

Greetings and salutations to the rebellious people and youths in 144 rebellious cities,
Dear compatriots,

With more than 200 martyrs, the Iran uprising manifests the strong, invincible and victorious resolve of the people of Iran to overthrow the Velayat-e Faqih religious tyranny.
Hail to the martyrs of Iran’s rebellious cities, who gave their lives to welcome the angel of freedom.
We praise their passionate and loving hearts that stopped beating to enable the heart of Iran uprising to continue beating for the advent of freedom.
The people of Iran are breaking the chains of tyranny and reaction.
The countdown has begun for the Velayat-e Faqih’s unjust and oppressive rule.
Today, not only Iran’s history and nation but the entire world is admiring our arisen compatriots in Iran.
But Khamenei, the mullahs’ bloodthirsty leader, used the words “hooligans” and “thugs” 15 times in his delirious speech on November 17, which lasted only a few minutes, in order to vilify them.
If defying the rule of religious dictatorship and rising up to establish freedom, democracy and equality are considered mischief and insecurity for the mullahs’ regime, then Iran’s rebellious youths, resistance units, and all the Mojahedin and freedom fighters are proud of having done so.
Our cities have risen up in revolt, encircling the moribund Velayat-e Faqih regime. This concerted siege has been bolstered repeatedly since December 2017 to set the stage for the fall of the regime’s disgraceful rule.

On November 4, Massoud Rajavi, the Iranian Resistance’s Leader, said: “The mullahs’ rule is going to see numerous tremors on its way out.” He stressed: “We must prepare ourselves to launch a maximum offensive and ramp up our fight a hundred times more.” Ten days later, everyone saw the tremors with their own eyes.
Over the past year, the resistance units kept the flames of protests alight all over Iran despite horrendous pressure and persecution by the mullahs’ Revolutionary Guards (IRGC) and Intelligence Ministry (MOIS). They endured great pain, suffering, torture, and imprisonment to move towards organizing the great Army of Freedom.

As Ashraf Rajavi once said, the world never learned the extent of this agony.
But the throngs of valiant youths rising up in cities all across Iran have advanced out of such great pains and suffering, the sacrifices made by the victims of the massacre in Ashraf, the 1988 massacre of political prisoners, and the 120,000 martyrs who have given their lives for freedom.
Look at the rebellious cities and this defiant generation and their battle.
This is the true image of our people and our country. Iran has revolted against the absolute tyranny of the vali-e faqih whose rule and authority had been stressed so much by the inhumane Khomeini.

If defying the rule of religious dictatorship &rising up to establish freedom, democracy and equality are considered mischief &insecurity for the mullahs’ regime, then #Iran’s rebellious youths, resistance units, &all the Mojahedin &freedom fighters are proud of having done so. pic.twitter.com/Nc8abR8tPn