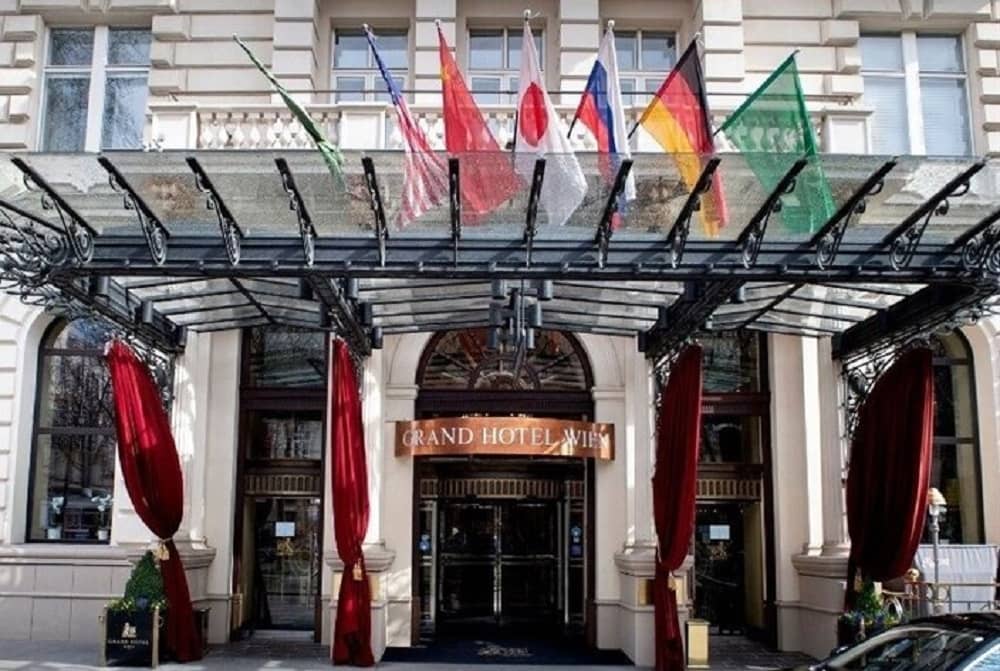 After having previously offered vague assurances that negotiations over the future of the Iran nuclear deal would resume in Vienna before the end of November, the Iranian regime recently confirmed that the next round of talks had been scheduled for November 29. However, on Monday, the Foreign Ministry cast fresh doubt on the seriousness of that commitment by imposing three conditions on those talks.

Through six previous rounds of the Vienna negotiations, Iranian officials maintained their initial posture, which rejected the notion of exchanging concessions or gradually rebuilding the agreement. Tehran has consistently demanded that the US remove all sanctions that were imposed or re-imposed following that withdrawal before moving forward with any discussions regarding the reversal of myriad advancements that the Iranian regime has made to its nuclear program over roughly the past three years.

The Foreign Ministry’s statements on Monday reiterated this position and added that Tehran expected the US to formally take responsibility for the partial collapse of the Joint Comprehensive Plan of Action and to provide guarantees that neither the Biden administration nor any future US president could renege on the agreement as Trump did.

It was not immediately clear whether Tehran still intends to adhere to the new schedule for Vienna talks if these conditions are not met, which they almost certainly will not be. Iranian authorities may decide to follow through on their tentative agreement with European signatories of the JCPOA, but also revisit the same arrangement that was in place before the Vienna talks were suspended, with Iranian delegates refusing to meet directly with their American counterparts and forcing them to relay messages from a separate building.

In the unlikely event that the Biden administration agrees to suspend sanctions in advance of the talks or make a statement of apology to the Iranian regime, it would still not be able to immediately fulfill the third condition. As former US Senator Joseph Lieberman explained in an editorial published by the Wall Street Journal, the only way to meaningfully guarantee that a US president would not be able to unilaterally halt participation in the JCPOA would be by elevating it to the status of a treaty and sending it to Congress for ratification.

Such ratification would require yea votes from at least 67 of 100 Senators and would therefore require strong – and rare – bipartisan agreement. Lieberman intimated that this would be achievable in matters related to Iran policy, but not with the JCPOA as presently formulated. In fact, that agreement originally saw a good deal of opposition from Democrats as well as Republicans after being spearheaded by the Obama administration.

Tehran is likely not ignorant of this fact and may actually be deliberately injecting a new complication into the process which aims to revive the JCPOA. The Raisi administration’s commitment to that agreement has been questionable since before the new president formally took office in August and it only became more so as he appointed various hardliners to head up his cabinet ministries and other government agencies. Among them is Mohammad Eslami, who was a source of much public opposition to the JCPOA within the regime and is now charged with leading the Atomic Energy Organization of Iran into the potential next phase of that agreement, which would ultimately require re-imposition of the restrictions on Iran’s nuclear program which he and other hardliners vigorously objected to.

Tehran’s acceptance of a specific date for the seventh round of Vienna talks comes just ahead of this month’s meeting of the International Atomic Energy Agency’s Board of Governors. In October, the head of the UN nuclear agency answered in the affirmative when asked if it would be a “good idea” to formally censure the Iranian regime over its delays and its ongoing refusal to cooperate with inspectors. The threat of such censure, therefore, looms over the forthcoming meeting and Tehran’s tentative embrace of negotiations may have been intended to forestall it.

The IAEA has been seeking answers about nuclear activities that previously took place at three undisclosed sites and since February it has been operating in Iran without direct access to surveillance cameras and other monitoring equipment at various facilities that had been made subject to continuous inspections under the JCPOA.

Sometime after that deal collapsed, the Iranian parliament passed a law mandating an end to cooperation with the IAEA if the original terms were not restored and the US sanctions were not re-suspended. After that law took effect, the agency’s Director-General Rafael Grossi struck one deal with Tehran to prevent inspectors from being kicked out altogether, then another to allow for maintenance of equipment and replacement of hard drives. However, even in the wake of the second agreement, Tehran still barred inspectors from performing that maintenance at one facility in Karaj, where cameras had been taken entirely offline.

All these events once again show that the Iranian regime is just not serious about the talks and is buying time. The only way to deal with Iran is what brought this theocratic regime to the negotiation table in the first place: pressure and sanctions. Consequently, to deal with the situation correctly, the European signatories should activate the snapback mechanism to demonstrate that they are serious about the Iranian regime’s violations.